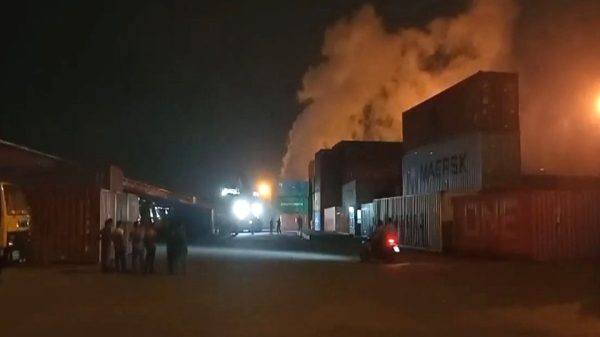 At least 16 people, including fire fighter, died and 400 others were injured in a devastating fire followed by a blast at a container depot in Sitakunda here, Chattogram Medical College Hospital and police sources confirmed.

The casualties included depot workers as well as members of the police and fire service.

The blast took place around 11:15 pm on Saturday after a fire broke out there. The injured were brought to Chattogram Medical College Hospital.

The death toll could rise further as some of the injured were severely burnt in the fire.