On June 09, the embassy had organized a programme titled  ‘Russia-Bangladesh : Portraits of Emotions’ powered by ASE, ROSATOM. 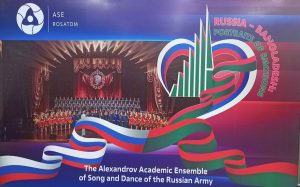 Ambassador of Russian Federation to Bangladesh, H.E Alexander Mantytskiy, Embassy insiders, Russian living in Bangladesh, Different Diplomats, Political leaders and Media personalities of Bangladesh, among others, took part, in the gorgeous celebration while Dr. Muhammad Abdur Razzaque, MP was the chief guest in the solemn ceremony. 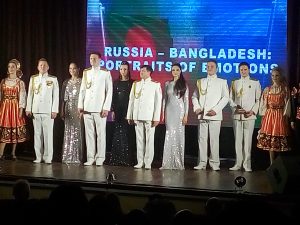 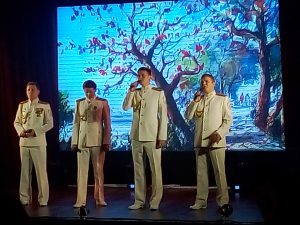 The Alexandrov Academic Ensemble of Song and Dance of the Russian Army staged different traditional songs and tranquilizing performance to celebrate the national day of Russia and Russia-Bangladesh diplomatic relations. 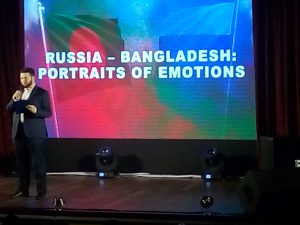 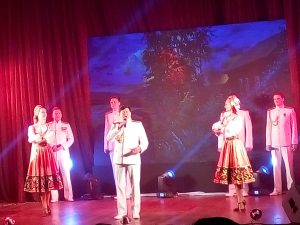 Earlier on June 01, the Embassy had organized a photo exhibition and reception programme at Radisson Blu Water Garden in the city.

Russia Day is a national holiday in the Russian Federation celebrated annually on 12 June. On 12 June 1990, the 1st Congress of People’s Deputies of the Russian Soviet Federative Socialist Republic (RSFSR, part of the Soviet Union) adopted the Declaration of State Sovereignty of the RSFSR.

In 1992 this day was officially known as the Day of Adoption of the Declaration of State Sovereignty of the Russian Federation. The holiday also received the unofficial title of “Independence Day”. This wording has never been used in official documents but can be seen in the media and appears on posters and banners.

On February 1st 2002, it was officially renamed to Russia Day.  Russia Day got its current name and is now considered to be a holiday of liberty and civic peace.

On Russia Day the country traditionally holds festive concerts, open air celebrations and sports events, with colourful fireworks in the evening around the country.

On this day the State Awards ceremonies for outstanding achievements in the field of science and technology, literature, art and humanitarian activities is usually held in the Kremlin. In some Russian cities, like Veliky Novgorod, Izhevsk, Kemerovo, Krasnoyarsk, Ulyanovsk, Ufa, Tambov, 12 June is also celebrated as City Day.

Since 1991, this holiday in the world’s largest country has changed its name twice. It was originally called ‘Independence Day’, though it was not a national holiday.

In 1994 Boris Yeltsin declared it a national holiday. The day was renamed to the catchy ‘Day of the adoption of the Declaration of Sovereignty of the Russian Federation’ with the intention of commemorating the renewed independence of the country, the creation of the post of President, the adoption of the historical national flag, and a new national anthem.