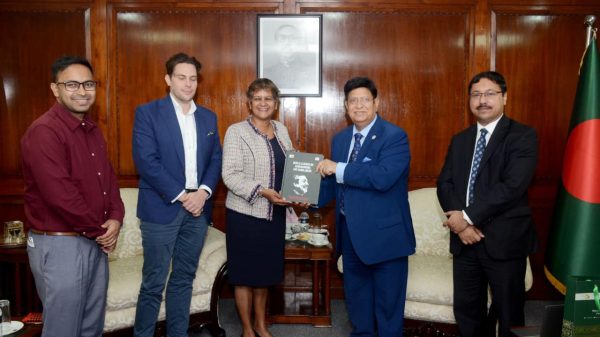 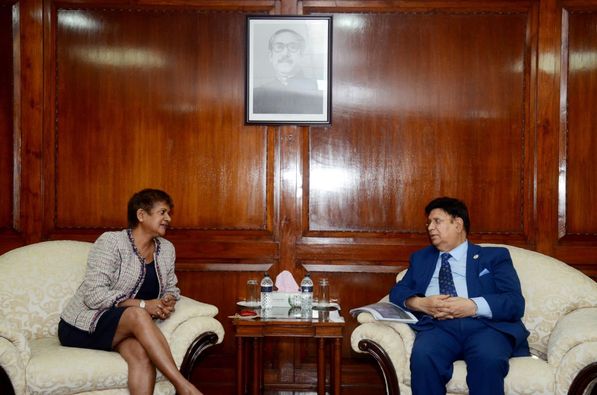 To brief the Minister about various activities of Bloomberg including the upcoming Bloomberg New Economic Forum to be held in Singapore in November this year. 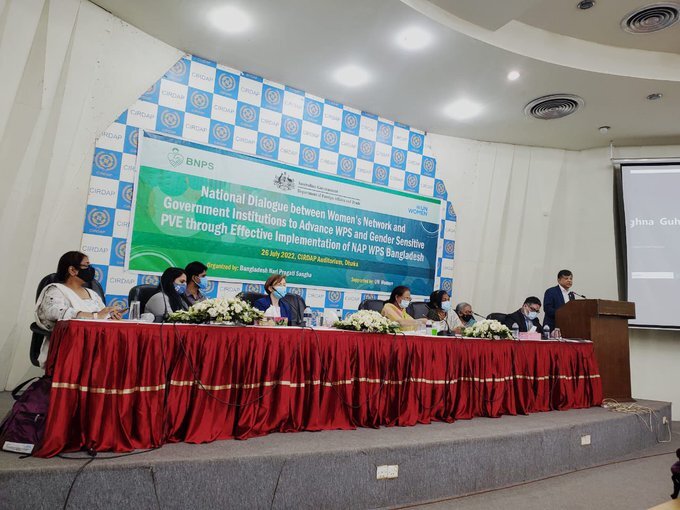 Bangladesh Government launched the NAP WPS in 2019, led by Ministry of Foreign Affairs. 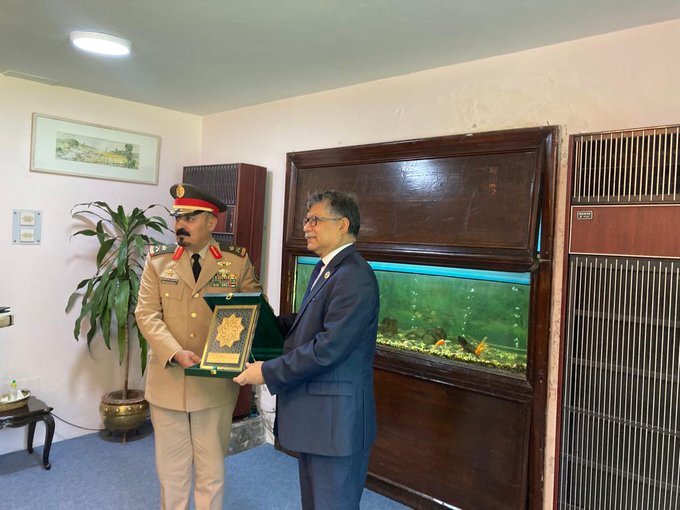 Potential areas of cooperation were discussed. Bangladesh is a member of the 41-countries Coalition.

The 45th Session of the D-8 Commission kicked off 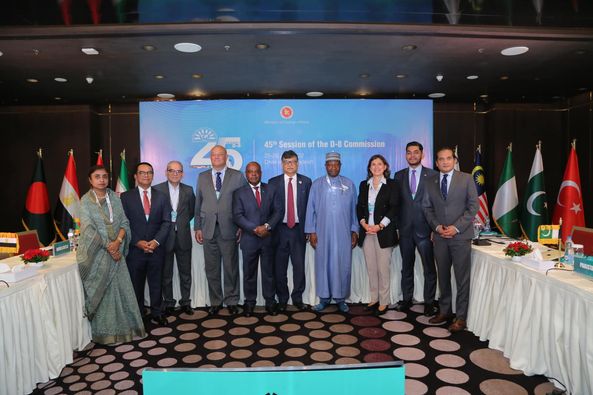 The 45th Session of the D-8 Commission has commenced on 25 July in Dhaka.

Foreign Secretary Ambassador Masud Bin Momen has officially declared opening of the meeting this morning with a hope that D-8 will be able to transform itself to a formidable economic forum. 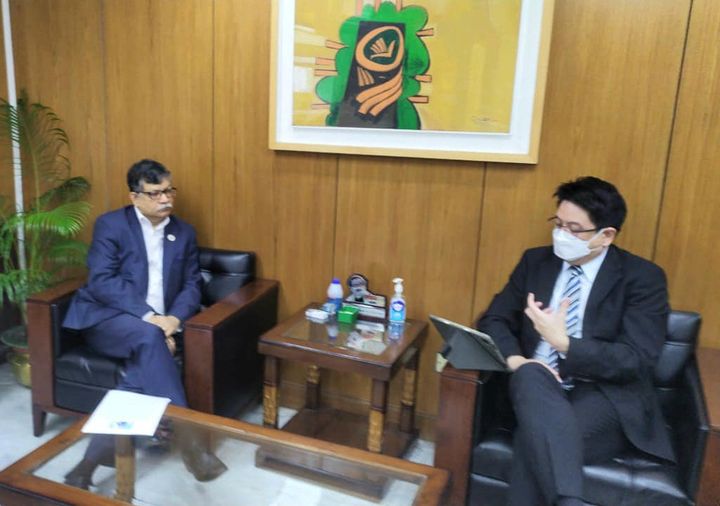 The BIMSTEC SOM Leader briefed Foreign Secretary about their plan of action on implemenation of BIMSTEC Leaders directives given at the 4th BIMSTEC Summit and Thailand’s Vision of BIMSTEC, Priorities during their tour as the current Chair of BIMSTEC.

Foreign Secrerary also shared his ideas as to how to make BIMSTEC Forum effective and result oriented especially to overcome the economic fallback caused by COVID 19 and ongoing Russia Ukraine War. Foreign Secretary assured the SOM Chair to extend all out cooperation and support during Thailand’s tour as the Chair of BIMSTEC.

Bangladesh and Japan agreed to elevate the bilateral relations 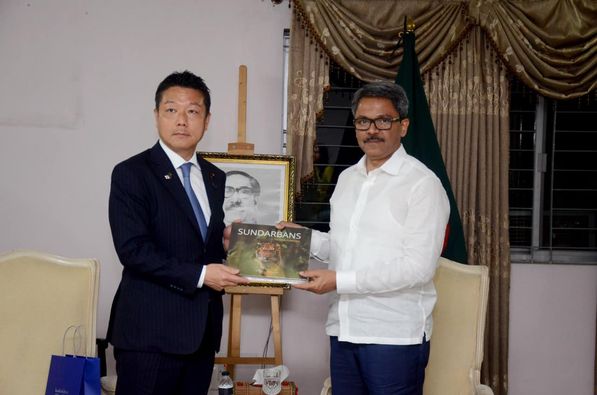 Bangladesh and Japan agreed to elevate the bilateral relations between the two friendly countries in the auspicious year of 2022 to mark the 50th anniversary of the establishment of bilateral relations.
This was discussed when the Parliamentary Vice-Minister for Foreign Affairs of Japan, HONDA Taro called on the State Minister for Foreign Affairs Md. Shahriar Alam, MP on July 25 2022 at the State Guest House Padma.
The State Minister for Foreign Affairs recalled the historic visit of the Father of the Nation Bangabandhu Sheikh Mujibur Rahman to Japan in October 1973, which laid the foundation of today’s exemplary bilateral relations between the two countries. He also recalled the visit of the then Prime Minister of Japan Shinzo Abe to Bangladesh in 2014, when the two countries elevated the bilateral relationship to ‘Comprehensive Partnership’ level. The State Minister also recalled the successful visits of Prime Minister Sheikh Hasina to Japan in 1997, 2010, 2014, 2016 and 2019 that have cemented deep-rooted friendly ties between the two countries. 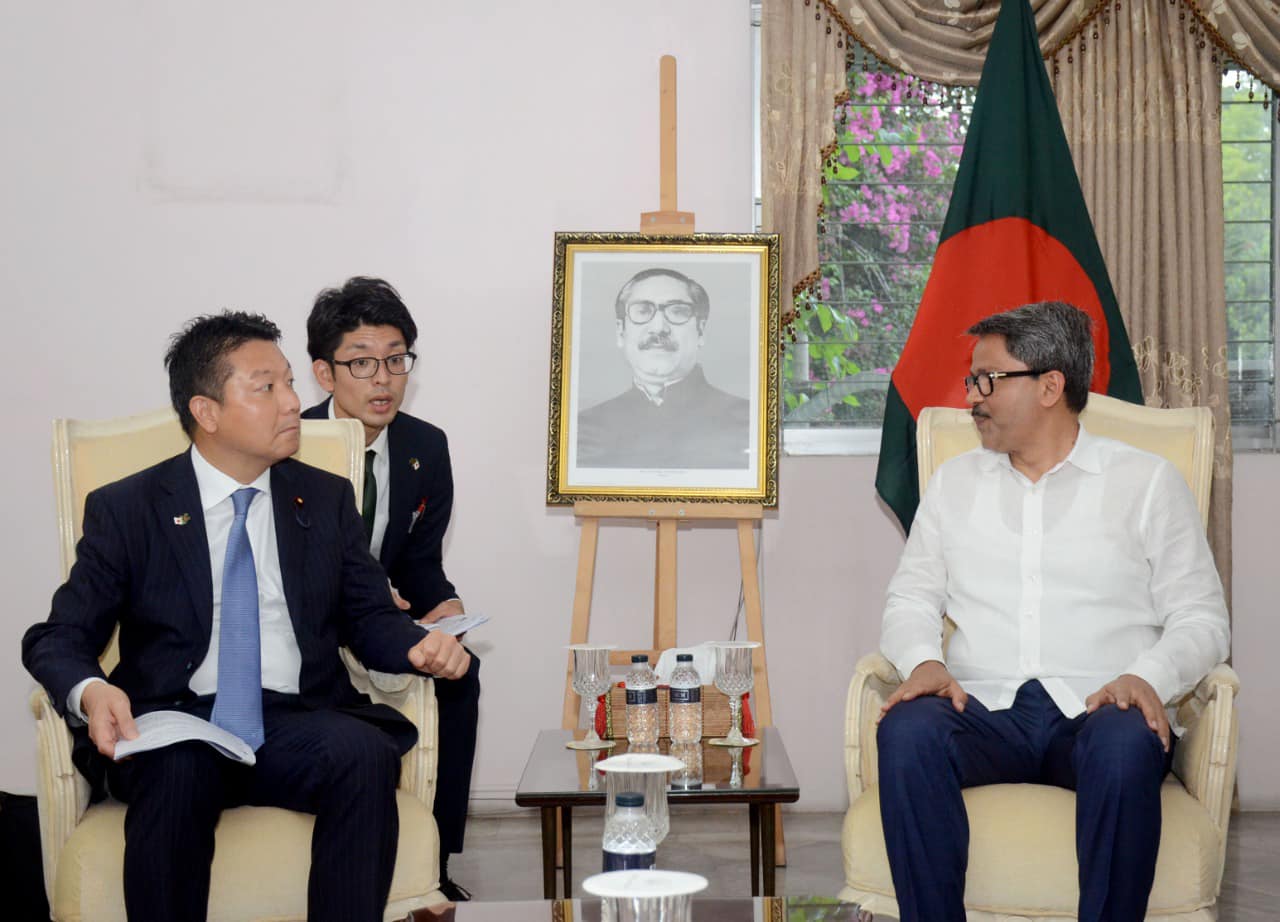 The Japanese Parliamentary Vice-Minister expressed the intent of Japan to add new depth and contents to the existing partnership and expected an official visit of Prime Minister Sheikh Hasina to Japan later this year to elevate the ‘Comprehensive Partnership’ to a new height. Highly praising Bangladesh’s spectacular socio-economic development under the dynamic leadership of Prime Minister Sheikh Hasina, particularly Bangladesh’s graduation to a developing country, the Vice-Minister assured Japan’s continued support to the rapid socio-economic development of Bangladesh even after the country’s formal graduation in 2026.
Both sides also discussed to enhance cooperation in various areas, including bilateral trade, Japanese FDI in Bangladesh, as well as people-to-people connectivity for mutual benefits. They also expressed the desire to enhance cooperation in international fora, including in the UN, particularly in the areas of SDGs, climate change, migration, UN reforms, etc. The Vice-Minister also commended Bangladesh’s leadership role in UN peacekeeping and peacebuilding activities.
The Japanese Vice-Minister HONDA Taro highly appreciated Bangladesh’s role in maintaining regional stability by hosting the Rohingyas and assured to continue Japan’s support towards their safe, voluntary, and sustainable repatriation.
The State Minister sought Japan’s active support for a durable political solution of the Rohingya crisis.
The Parliamentary Vice-Minister for Foreign Affairs of Japan visited Bangladesh from 21-25 July 2022 to strengthen Bangladesh-Japan bilateral relations.
During the visit, he along with JICA President Tanaka Akihiko, paid a courtesy call on the Hon’ble Prime Minister and Hon’ble Foreign Minister.
They also visited the JICA-funded Matarbari Power Plant project, Cox’s Bazar Rohingya camps and attended a memorial ceremony in honour of the Holey Artisan victims involved in the MRT project.
State Minister for Foreign Affairs also hosted a dinner in honour of the Parliamentary Vice-Minister for Foreign Affairs of Japan HONDA Taro at the State Guest House Padma, where among others, JICA President Tanaka Akihiko, Member of the Parliamentary Standing Committee on the Ministry of Foreign Affairs Mr Kazi Nabil Ahmed, Ambassador of Japan to Bangladesh ITO Naoki, Foreign Secretary, Executive Chairman of BIDA, ERD Secretary, Road Transport and Highways Secretary, Expatriates’ Welfare and Overseas Employment Secretary, Managing Director of DMTCL attended.
source : MOFA Releases
Read us@googlenews