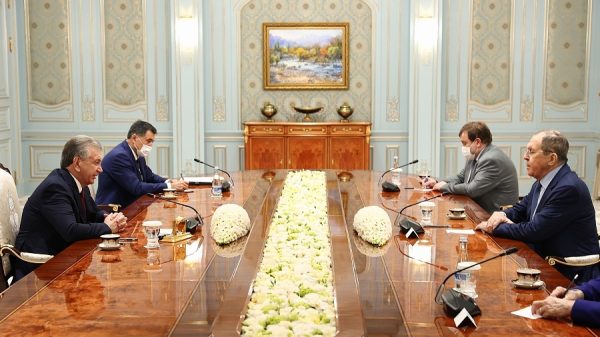 Foreign Minister Sergey Lavrov’s meeting with President of the Republic of Uzbekistan Shavkat Mirziyoyev on July 28 2022.

On July 28, 2022, Russian Foreign Minister Sergey Lavrov was received by President of the Republic of Uzbekistan Shavkat Mirziyoyev as part of his working visit to Uzbekistan to take part in the SCO Foreign Ministers Council meeting.

The parties exchanged views on current issues on the international agenda and regional security ahead of the SCO Heads of State Council meeting.

They reaffirmed their commitment to expanding mutually beneficial cooperation and maintaining the momentum of the Russia-Uzbekistan strategic partnership and alliance. 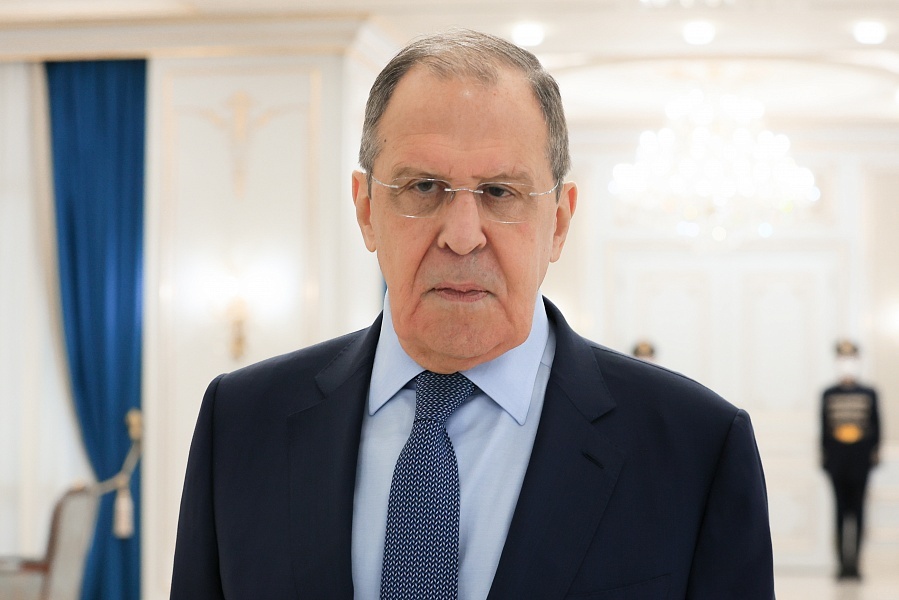 Question: The strategic partnership and allied relations between our countries are making steady headway due to the political will of the presidents of Uzbekistan and the Russian Federation. What current issues to further expand our diverse relations did you discuss at the meeting with the President of our country?

These agreements embrace all areas of cooperation, including trade, the economy, investment and finance, and the need for creative approaches to trade and other economic cooperation issues in today’s conditions, and ending with education. At present, 12 affiliates of Russian universities are open in Uzbekistan. President Shavkat Mirziyoyev told us about plans to open another two branches of our universities in the republic.

Participation in multilateral associations like the CIS and the Shanghai Cooperation Organisation (SCO) are a special area of bilateral cooperation. For obvious reasons, we spoke at length about the preparations for the SCO summit in Samarkand next September. Tomorrow, those in the SCO Foreign Ministers Council meeting will review the final draft documents. The agenda of the Samarkand summit will be substantial and intensive. Symbolically, the queue is growing for those who want to become full members of the SCO, or observers or dialogue partners.

Naturally, Afghanistan will be prominent in our discussions. As in the past, Tashkent will again be the capital for special international meetings to discuss Afghanistan-related issues and the implications for the neighboring countries. A related conference closed the other day. In July 2021, I took part in another event on Afghanistan. Today, we stated that the efforts of the Russian Federation in the Moscow format and of the People’s Republic of China, which regularly hosts meetings for Afghanistan’s neighbours, are mutually supplementary. We take several steps forward with every event like this. Our positions on these issues are close to those of our Uzbek friends, including the need to recognise the current realities in Afghanistan and work with the leaders of that country, based on today’s circumstances.

Today, we covered a broad range of issues in our cooperation. I believe our conversation was productive. I am grateful to President of Uzbekistan Shavkat Mirziyoyev for his attention to this work.