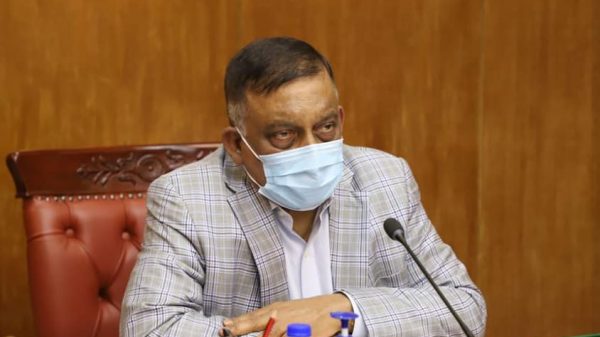 Home Minister Asaduzzaman Khan Kamal today said adequate security measures have been taken ahead of the golden jubilee and the victory day celebrations.

“Our Victory Day is turning into 50 years. That’s why there is a special interest among the common people and they will take part in all events,” he told reporters after the fifth meeting of the Security Sub-Committee of Birth Centenary of Father of the Nation Bangabandhu Sheikh Mujibur Rahman celebrations at his ministry conference room.

Kamal said that people will take part in those events and that’s why the meeting decided to ensure security for the people so that they can celebrate Mujib Borsho and Victory Day on December 16 in a pleasant way.

Kamal added that the security for foreign guests, their location and their movement will be ensured.

The victory day parade will be held at the National Parade Square and the last function of the Mujib Borsho will be held in front of the Jatiya Sangsad, he said.

“We have decided to ensure tight security during the Victory Day and Birth Centenary celebrations. Our security forces are experienced in this matter and they have held such national and international events here,” the minister added.

He said, “They have enough experience. We think we can do everything safely in the light of this experience. We have all kinds of preparations to make it a success.”

Kamal said none would be allowed without a Corona test report as it is mandatory, adding: “We will follow everything according to the health guidelines. Around three thousand people will take part in the event every day.”