Anti-Russian sanctions planned long ago, unlikely to be lifted : Lavrov 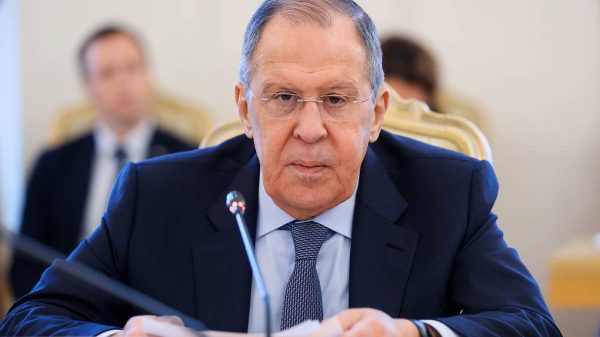 Anti-Russian sanctions planned long ago, unlikely to be lifted : Lavrov

MOSCOW/TASS/ According to Russian Foreign Minister, Russia is not letting the West to build a unipolar world Washington has proclaimed with Europe’s obedient consent.

The West planned its anti-Russian sanctions long ago and is unlikely to lift them, Russian Foreign Minister Sergey Lavrov said in an interview with France’s TF1 television channel on Sunday.

“You said both sided are expelling diplomats. We have never expelled anyone. These sanctions, which are more like a hysteria (I would rather say an agony) were initiated by the West. The speed they were imposed with and their scope prove that they were not invented ‘overnight.’ They were planned quite a long ago. And these sanctions are unlikely to be lifted,” he said.

“At least the United States is saying, not publicly, but in contacts with its allies, that when the whole thing is over the sanctions will stay in place,” Lavrov noted, adding that they are not about Ukraine, which is used as an instrument, “a bargaining chip,” but about containing Russia.

“It [Russia] is not letting the West to build a unipolar world Washington has proclaimed with Europe’s obedient consent. What will be Europe’s geopolitical benefit from it? I don’t know. Political analysts now say that from the point of view of future perspectives Europe will be the biggest looser.”

On February 24, Russian President Vladimir Putin announced a special military operation in response to a request for help by the heads of the Donbass republics. He stressed that Moscow had no plans of occupying Ukrainian territories, but aimed to demilitarize and denazify the country.

Following this step, the United States, the European Union, the United Kingdom and several other countries imposed large-scale sanctions against Russian individuals and legal entities.