Arafat : the day of the greatest pilgrimage 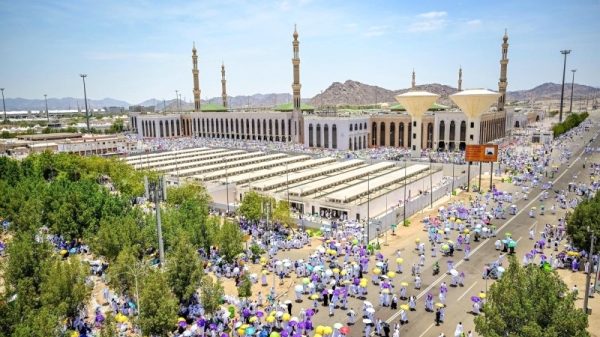 Arafat : the day of the greatest pilgrimage

ARAFAT – The crowds of pilgrims flocked to Arafat on Friday 9 Dhu al-Hijjah 1443 AH, which marks the climax of the Hajj pilgrimage, seeking from God Almighty to grant them forgiveness and mercy. 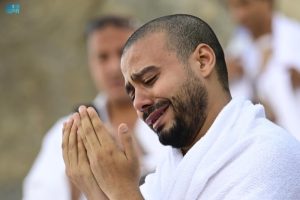 The pilgrims began heading to Arafat on the evening of the 8th of Dhul-Hijjah, after staying in Mina to spend the day of Tarwiyah. 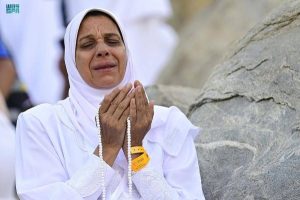 The movement of the pilgrims from Mina to Arafat went smoothly in ease and comfort. And they were seen after their arrival and ascension to the Jabal Al-Rahma (Mount of Mercy) in moments filled with spiritual and faith atmosphere with all reverence and serenity, praying to God Almighty to grant them mercy and forgiveness in the day of the greatest pilgrimage. 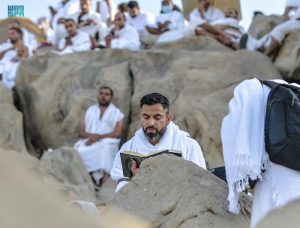 The pilgrims has performed the Dhuhr and Asr prayers in combined and shortened form, after listening to the Arafat sermon, which has been delivered by the Sheikh Dr. Mohammad Al-Issa, Secretary General of the Muslim World League. 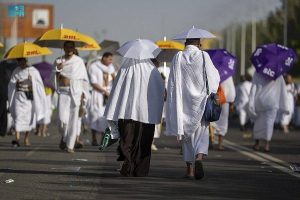 With the sunset of this day, the crowds of pilgrims will start heading to the holy site of Muzdalifah, where they will perform the Maghrib and Isha prayers and stand there until tomorrow’ Fajr, 10 Dhul-Hijjah.