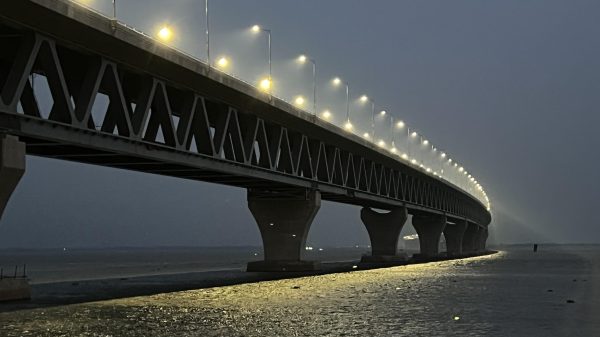 “The bridge should also make it easier to connect Bangladeshis more efficiently with and drive economic growth in the dynamic Bay of Bengal region,” he said in a video message late yesterday as Bangladesh counts hours for opening of the country’s longest bridge.

Bruer said Padma Bridge is a major achievement by and for Bangladeshis and “all Bangladeshis should be proud of it” and added that on behalf of all Australians he congratulated the government and people of Bangladesh.

“The bridge should give a significant boost to the national economy by reducing travel time and making it easier for people to move around the country, to conduct business and to see their families,” he said.

Prime Minister Sheikh Hasina is scheduled to inaugurate the 6.15-km Padma Bridge constructed entirely with own financing while the bridge will connect 21 northwestern districts with Dhaka and other parts of the country.