Balance of payment may be hit by pandemic & war, PM tells JS 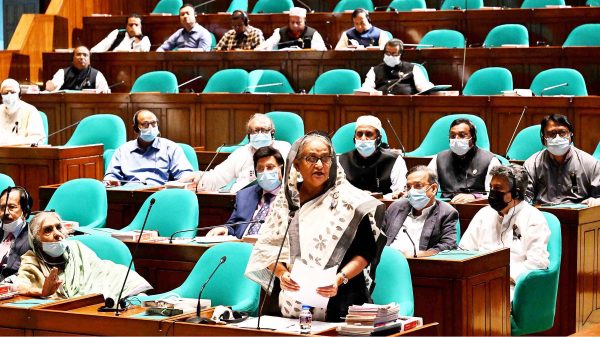 Balance of payment may be hit by pandemic & war, PM tells JS

Prime Minister Sheikh Hasina today told the parliament that the country’s balance of payment (BoP) would possibly see a downbeat due to the adverse impact of the COVID-19 pandemic and Russia-Ukraine war.

“In the context of COVID-19 and Russia-Ukraine war, weak growth of world economy, disruption of the supply chain, increase of cost of fuel oil, gas, food products, consumer goods, industrial raw materials and international freight cost in the global market, decline in exports and downbeat of remittance created possibility of negative impact on BoP,” she said.

The leader of the house said this while answering a tabled question from Jatiya Party lawmaker Mashiur Rahman Ranga during Prime Minister’s question-answer session.

Replying to the same question, Sheikh Hasina said her government has shown remarkable success in keeping both the budget deficit and debt levels at sustainable and bearable levels for the past 14 years.

She said that it has been possible to keep the budget deficit within five percent of GDP despite various domestic and international economic problems including the Coronavirus situation.

The debt and GDP ratio is also at a comfortable level, she added.

The Prime Minister also said at the end of 2021-22 fiscal year, debt and GDP ratio was 34 percent, which is well below the internationally recognized debt status threshold for Bangladesh.

She also highlighted various steps of the government to deal with the situation.

Responding to a question of Jatiya Party lawmaker elected from Dhaka Syed Abu Hossain, the Premier said that there is no electricity crisis in the country considering the fact that the country has the production capacity in line with the demand.

She, however, said efforts are on to get rid of the crisis, which was created due to ongoing global fuel oil crisis, through maintaining austerity in using electricity and planned load-shedding to save fuel oil.

Sheikh Hasina mentioned that despite having the capacity of electricity production in some cases the government has imposed load shedding in between 1000-2000MW for saving the fuel oil.

“The government has taken various measures to keep the load shedding on a limited scale to tackle the ongoing global crisis,” she said. 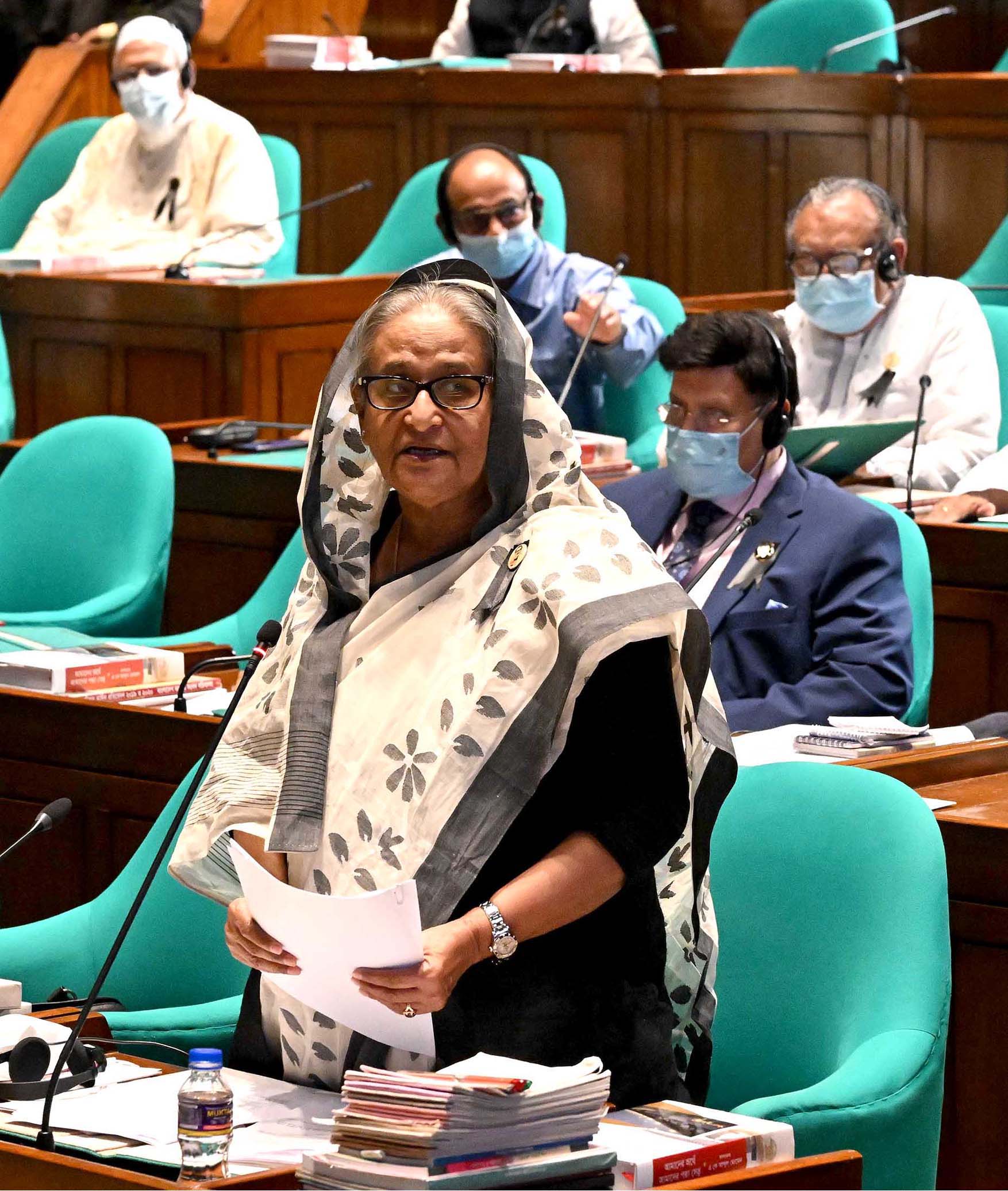 She hoped that if the electricity generated from the new coal based power stations were included in the national grid and if the austerity could be ensured in electricity usage, it would be possible to get rid of the ongoing temporary load shedding soon.

While replying to ruling party lawmaker M Shahidul Islam (Bakul) elected from Natore, Sheikh Hasina said that currently the country has a total of 7.01 metric tonnes of refined and crude oil which can meet the demands of 30-35 days.

“By this time two vessels carrying fuel oil will reach the country meaning that the uninterrupted supply of fuel oil will continue,” she said.

She said that the import schedule of fuel oil considering country’s for the next six months (July-December) has been ensured with the supplying company.

In response to a question from Habibur Rahman, a member of Bogra-5 Constituency, the Prime Minister said that a total of 6,836 peacekeepers are currently engaged in 8 peacekeeping missions under the United Nations, of which 521 are women.

A total of 161 peacekeepers have been killed and 258 injured so far while discharging their duties in the mission, she said.