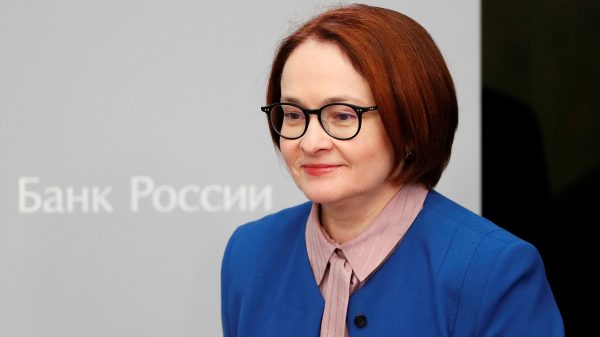 This is due to both the influence of a set of one-off factors and the subdued consumer demand. Inflation expectations of households and businesses have significantly decreased, reaching the levels of spring 2021.

The decline in business activity is slower than the Bank of Russia expected in June. However, the external environment for the Russian economy remains challenging and continues to significantly constrain economic activity.

Moving forward, in its key rate decision-making, the Bank of Russia will take into account actual and expected inflation dynamics relative to the target and economic transformation processes, as well as risks posed by domestic and external conditions and the reaction of financial markets.

Inflation movements. Current consumer price growth rates remain low, contributing to a further slowdown in annual inflation. In June, annual inflation fell to 15.9% (after 17.1% in May) and, according to estimates as of 15 July, fell to 15.5%.

The decline in headline inflation was largely due to continued adjustment in prices for goods and services after they went up sharply in March. This was supported by the dynamics of the ruble exchange rate and generally subdued consumer demand. Concurrently, according to the Bank of Russia’s estimates, indicators reflecting the most sustainable price movements are still above 4% (annualised).

In the baseline scenario, the Bank of Russia expects annual inflation to fall to 12.0–15.0% by the end of 2022. Important factors for the future inflation movements will be the ruble exchange rate dynamics, effectiveness of import substitution processes, as well as the scale and pace of the recovery in the imports of finished goods, raw materials and components. According to the Bank of Russia forecast, given the monetary policy stance, annual inflation will edge down to 5.0–7.0% in 2023, and return to 4% in 2024.

Monetary conditions continued to ease, but generally remained tight, including as inflation expectations declined. Since the previous meeting of the Bank of Russia Board of Directors, interest rates in the credit and deposit market, as well as short- and medium-term OFZ yields, have continued to decline. Yields on long-term OFZs did not change significantly.

Despite the reduction in deposit rates already in place, the inflow of household funds to banks continued, but mainly to current accounts. The most liquid assets’ growth in the structure of households’ savings creates conditions for a rise in consumption in the future. The increased risk premium in lending rates and the banks’ high requirements to borrowers kept the price and non-price bank lending conditions rigid. For this reason, lending activity, though it was showing signs of recovery, remained moderate. Lending was largely supported by governmental subsidised lending programmes.

The decisions made by the Bank of Russia in April—July to reduce the key rate will increase the availability of credit resources in the economy and limit the decline in economic activity.

Economic activity. The external environment for the Russian economy remains challenging and significantly constrains economic activity. Concurrently, operational indicators show that the decline in business activity is slower than the Bank of Russia expected in June. Furthermore, trends across sectors and regions remain largely mixed.

The decline in economic activity is caused by developments in both supply and demand. According to survey data, companies are still facing difficulties in production and logistics. However, their business sentiment is gradually improving as suppliers of finished products, raw materials and components, as well as sales markets, diversify. Consumer activity remains subdued, but is beginning to recover, including amid a gradual increase in imports of consumer goods. Concurrently, the decline in imports as a whole, due to the introduction of external trade and financial restrictions, is still significantly ahead of the decline in exports.

The situation in the labour market remains stable. Although the number of vacancies from employers has decreased, the unemployment rate is near historical lows. The adaptation of the labour market to the changed conditions largely occurs through the mechanism of part-time employment and the adjustment of real wages.

In the baseline scenario, short-term risks are largely associated with the volatility of the ruble exchange rate, which is indicative of the changes in foreign trade flows.

The disinflationary effect on the short-term horizon may be caused by the persistence of households’ high propensity to save in the conditions of general economic uncertainty, prolonged habituation to the new structure of supply in consumer markets, and expectations of further price decline amid the strengthening of the ruble since the beginning of the year. In turn, a persisting high risk premium in credit rates and higher borrower requirements of banks may restrain the recovery of credit activity. A good harvest of agricultural products in 2022 may be an additional disinflationary factor.

A proinflationary factor over the short-term horizon may be an accelerated decline in households’ propensity to save in the context of growing consumer confidence and the revival of consumer lending.

The accelerated growth of consumer lending can be supported by easing banks’ requirements to borrowers and decreasing risk premiums in interest rates. If combined, these factors can lead to consumer demand outstripping the capacity to expand output. In turn, the volatility of the ruble exchange rate may impede the anchoring of inflation expectations.

The movements of the economy and inflation largely depend on fiscal policy decisions. The Bank of Russia takes into account the decisions already made regarding the mid-term expenditure path of the federal budget and the fiscal system as a whole. In case of a further budget deficit expansion, tighter monetary policy may be required to return inflation to target in 2024 and keep it close to 4% further on.

The combination of risks created by the external environment may produce both proinflationary and disinflationary effects. A further aggravation of external trade and financial restrictions may have a proinflationary effect, thereby leading to a weaker ruble and a sharper decline in the potential of the Russian economy than expected in the baseline scenario. Supply-side constraints may in particular strengthen because of a slow replenishment of stocks of finished goods, raw materials and components in the event of persistently negative trends in imports.

In turn, the realisation of the growing risks of a global recession may further weaken external demand for Russian exports and, as a result, provoke a weaker rouble. Disinflationary effects could be caused by maintaining a significant trade surplus amid more stable dynamics of exports compared to imports.

Moving forward, in its key rate decision-making, the Bank of Russia will take into account actual and expected inflation dynamics relative to the target and economic transformation processes, as well as risks posed by domestic and external conditions and the reaction of financial markets. The Bank of Russia will consider the necessity of key rate reduction in the second half of 2022.

In the follow-up to the Board of Directors meeting of 22 July 2022 the Bank of Russia released its medium-term forecast.

The Bank of Russia Board of Directors will hold its next rate review meeting on 16 September 2022. The Board decision press release is to be published at 13:30 Moscow time.

The reference to the Press Service is mandatory if you intend to use this material.