Biden evacuated to a secure location 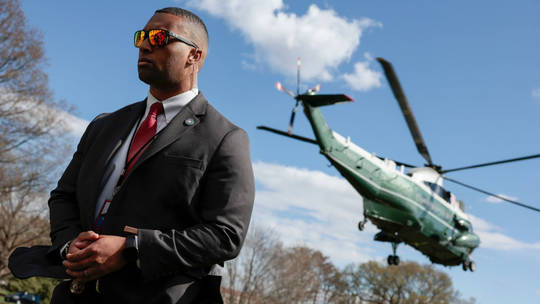 Biden evacuated to a secure location

Secret Service agents whisked the president away after a plane veered into the airspace above his Delaware beach house.

US President Joe Biden has been evacuated from his Delaware beach house after an unauthorized aircraft crossed into the restricted airspace above the property, triggering security protocols.

The president was rushed to a secure location around 1pm on Saturday after a privately owned plane “mistakenly” entered a secure area near Biden’s vacation home in Rehoboth Beach, Delaware, the US Secret Service said in a statement. “The aircraft was immediately escorted out of the restricted airspace,” the agency added.

The secure location was reportedly a nearby fire station. Biden’s motorcade was seen traveling to the fire station, where an SUV in which the president was riding drove inside. Traffic was shut down for more than 20 minutes while Secret Service agents cleared the area and investigated the possible threat.

This is picture of the president’s motorcade pulling into fire station. The SUV with the president went right inside the building and then Secret Service began clearing the area. @cbsnewspic.twitter.com/CypdtPvIWR

Biden’s motorcade returned to his beach home after investigators concluded that there was no ongoing security threat. The president and First Lady Jill Biden reportedly celebrated her birthday at their Delaware beach house for the second straight year. The Federal Aviation Administration issued temporary flight restrictions in the area from Thursday night through Sunday morning, apparently in connection with Biden’s visit.

The Bidens frequently travel to their home in Wilmington, Delaware, and to their Rehoboth Beach property for quick getaways from Washington. They reportedly spent 16 days at the beach house over the course of five trips during his first year in office.

The government last fall awarded a construction contract worth nearly $500,000 to build a security fence around the president’s Rehoboth Beach house. As of March, the project was stalled pending local regulatory approvals needed to build the barrier higher than is normally allowed in the city. The Bidens were seeking permission to build a four-foot stone wall along the front of the house and 10-foot fencing with stone columns along the sides and rear of the property.

Critics have pointed out the irony of building a taxpayer-funded wall to help secure Biden’s home after the president canceled construction of a wall at the southern US border. He called the border wall a “waste of money” and said it wasn’t a “serious policy solution.”