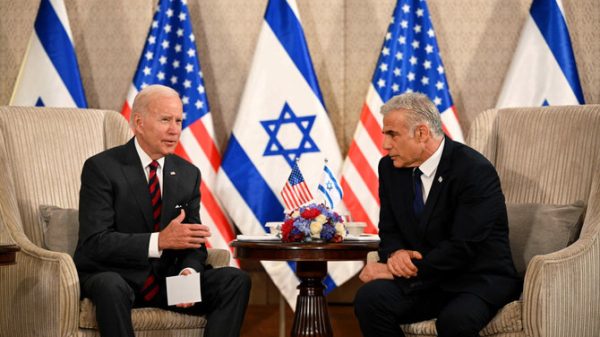 Biden, who is visiting Jerusalem, told Israeli TV on Wednesday he was open to “last resort” use of force against Iran – an apparent move toward accommodating Israel’s calls on world powers to present a “credible military threat”.

The United States and Israel have separately made veiled statements about possible preemptive war with Iran – which denies seeking nuclear arms – for years. Formally articulating the rhetoric could enhance the sense of deterrence and resolve.

The show of Israel-U.S. commitment may also offer Biden a boost when he continues on to Saudi Arabia on Friday. Riyadh has its own Iran worries, and Biden hopes to parlay that into an Saudi-Israeli rapprochement under U.S. auspices.

Meeting Lapid ahead of the signing ceremony, Biden told reporters they had discussed “how important it was, from my perspective, for Israel to be totally integrated into the region”.

There was no immediate comment on the planned Jerusalem declaration from Tehran. 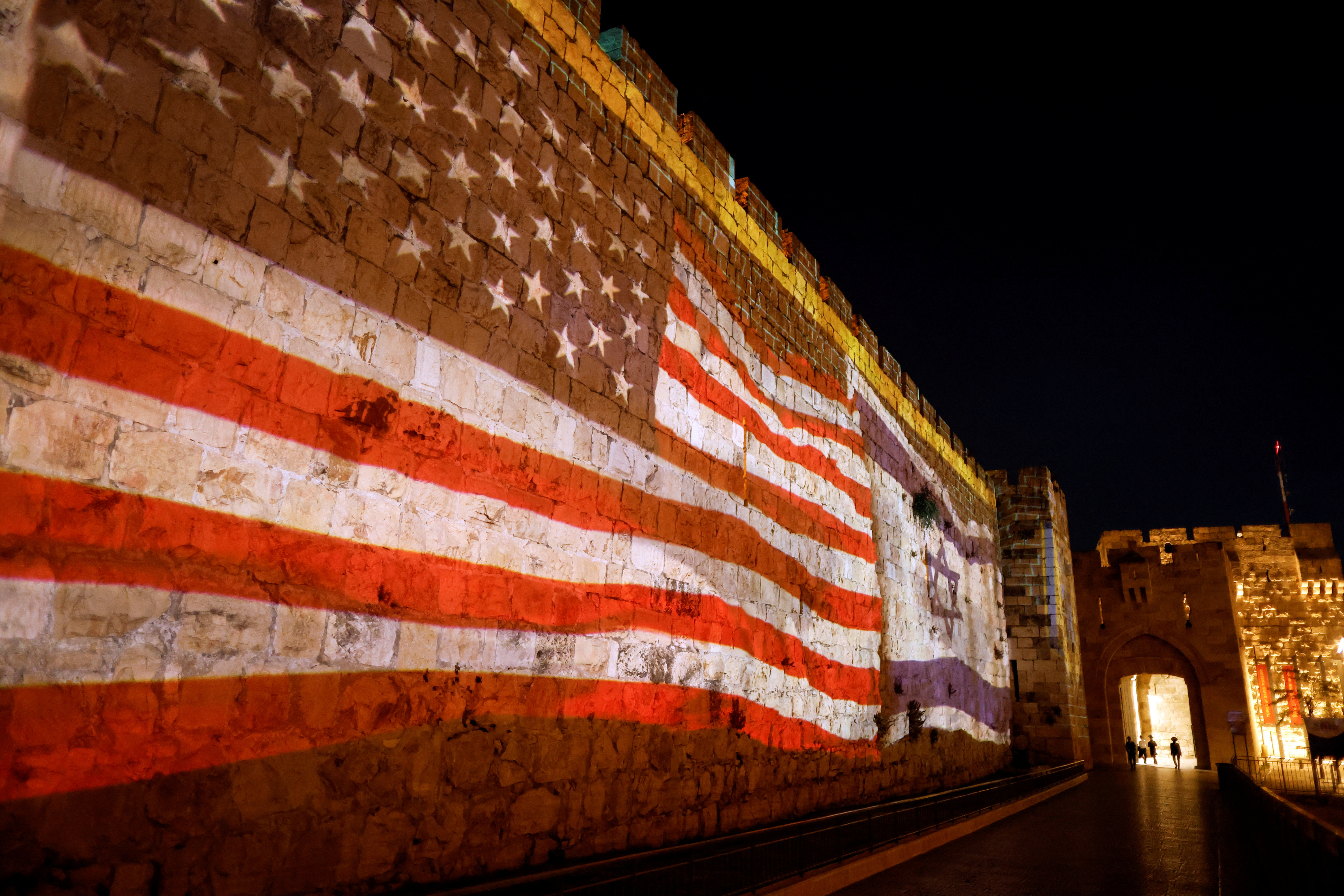 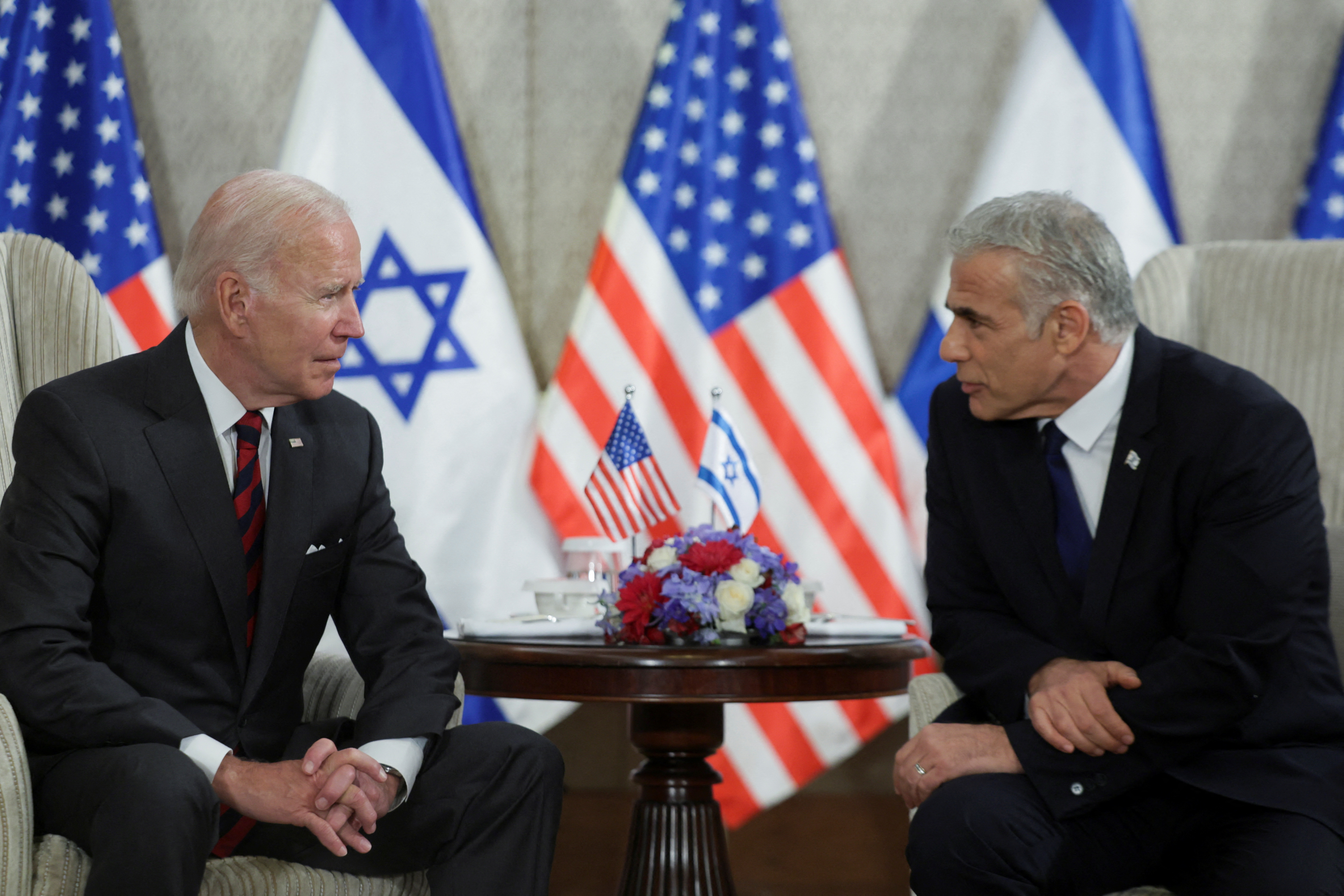 A senior U.S. official said the text would contain “a pledge and a commitment never to allow Iran to acquire a nuclear weapon and that we’re prepared to use all elements of our national power to ensure that outcome”.

Iran has since ramped up some nuclear activities, putting a ticking clock on world powers’ bid to return to a deal in Vienna talks. Israel now says it would support a new deal with tougher provisions. Iran has balked at submitting to further curbs.

“The only thing worse than the Iran which exists now is an Iran with nuclear weapons and if we can return to the deal, we can hold them tight,” Biden said in the Israeli TV interview.

Some Israeli as well as Gulf Arab officials believe the deal’s sanctions relief would provide Iran with far more money to support proxy forces in Lebanon, Syria, Yemen and Iraq. They are also skeptical about whether the Biden administration will do much to counter Iran’s regional activities.

The U.S. official, asked if Thursday’s declaration is about buying some time with Israel as Washington pursues negotiations with Iran, said: “If Iran wants to sign the deal that has been negotiated in Vienna, we have made very clear we’re prepared to do that. And, at the same time, if they’re not, we will continue to increase our sanctions pressure, we will continue to increase Iran’s diplomatic isolation.”

A senior Israeli official described the threat of military action as a means of avoiding war.

“(It) is a guarantee that the diplomatic, economic and legal efforts against Iran will be effective,” Defence Ministry director-general Amir Eshel told Israel’s Kan radio. “Iran has shown everyone that when it is pressed hard it knows how to stop and change its ways.”