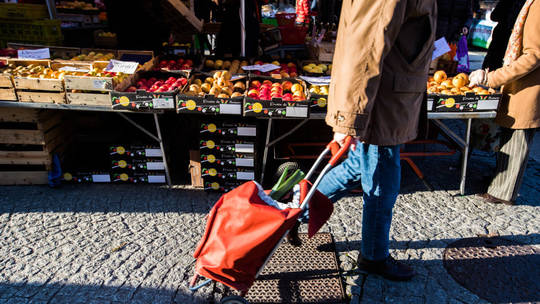 A downturn is likely next year, according to a survey of economists.
The risk of a Eurozone recession has reached the highest level since November 2020, economists told Bloomberg, citing energy shortages that threaten to push the record inflation even higher.

The report published on Monday shows that the probability of output shrinking for two straight quarters has risen to 60%, from 45% in a previous survey, and up from 20% before the start of the conflict in Ukraine and the introduction of Western sanctions on Russia. The bloc’s largest economy, Germany, one of the EU states most exposed to cutbacks in the supply of Russian gas, is likely to stagnate from as early as this quarter, according to the economists polled by the outlet.

“The rising cost of living is hurting euro-area companies and households, with Russia’s energy threats exacerbating that problem heading into the final months of 2022,” Bloomberg wrote, also pointing to the supply bottlenecks that have been worsened by severe droughts.

The economists polled expect inflation in the bloc to average almost 8% this year, around four times higher than the goal of the European Central Bank (ECB). It projects inflation at 4% in 2023, and slowing to the 2% target in 2024.

The respondents also predict that the ECB will raise interest rates by half a point in September.