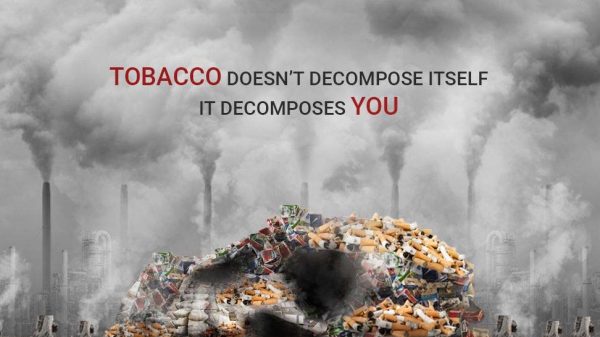 Taorem Sananu, a student from the Bangladesh University of Engineering and Technology (BUET), bags the 1st prize at the Global Media Competition (GMC), a design competition organized by the Global Center for Good Governance in Tobacco Control (GGTC), a partner of STOP (a global tobacco industry watchdog). This year, Taorem won the first prize under the Social Media Graphics category for her work entitled “Tobacco Doesn’t Decompose Itself”.

GGTC has just announced the winners of the 2022 Global Media Competition, which sought visually compelling graphics and videos on the theme of “Disaster in Disguise: Tobacco Companies’ Environmental Harms” – in line with World No Tobacco Day 2022 theme of “Tobacco: Threat to our Environment”. All the entries, including winners’ artworks, received towards the competition have been featured in the Multimedia Hub (MMH), a resource made available to governments and advocates interested in countering the tobacco industry interference in accordance with WHO FCTC, a global health treaty. 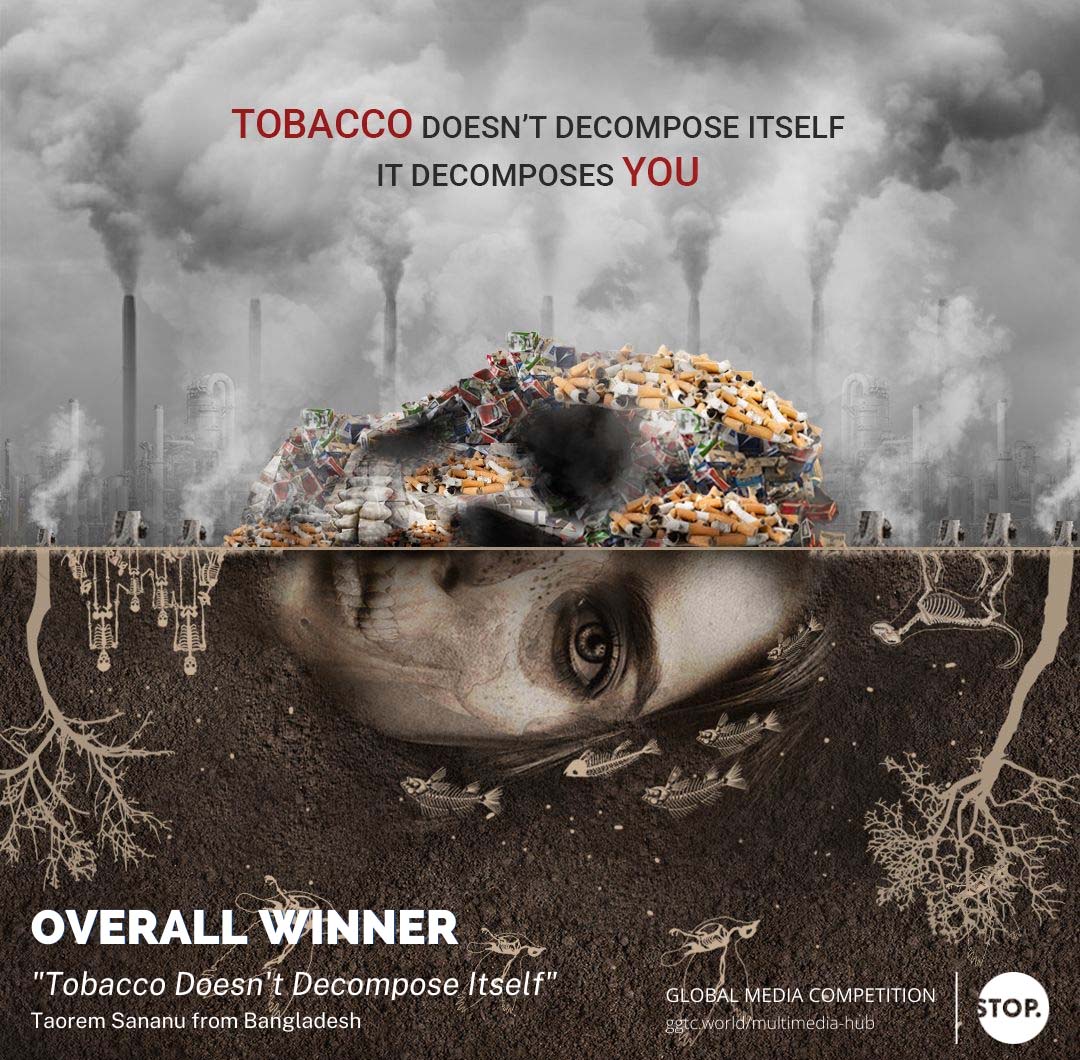 “We believe that artists play an important role in using illustrative visuals to expose how the tobacco industry poisons the people and the planet. Further, this will aid in the advocacy work of the tobacco control advocates like us,” said ABM Zubair, Executive Director, PROGGA.

He added, “From PROGGA, we extend our heartfelt wishes to all the participants from Bangladesh for joining the competition and helping spread the awareness and also encourage others to join the competition in the editions to follow.”

A panel of judges, comprised of communications experts from global public health and environment, selected winners from a shortlist out of over 800 entries from over 40 countries. The public was also given an opportunity to vote online for their favorite shortlisted entries.

It is also worth noting that Taorem was awarded the Second Place in last year’s Global Media Competition under the Infographics category.

“I wanted to point out at the loss of environmental resources, lives, bonding caused by the tobacco industry who are always claiming their product to be environment friendly. The number of cigarette litters which is increasing day by day will never be decomposed as these takes a lot of time. But for their existence, our existence in this planet is at stake. Now it became a question of who is going to decompose whom.” says Taorem, the Bangladeshi student behind the winning work.

The second and third place prize winners, for this category, were awarded to participants from the Philippines and their work can be viewed in the Multimedia Hub.

Tobacco industry’s environmental harms are a serious concern. “In Bangladesh, without a comprehensive ban on corporate social responsibilities (CSR) of tobacco companies, the tobacco industry is duplicitous, donating and sponsoring right and left while claiming around 161,000 lives annually, and causing extensive environmental harms throughout the lifecycle of its products.”, added Mr. Zubair.

According to “How Should Tobacco Companies Pay for their Pollution,” a STOP  environment country brief  in collaboration with PROGGA, the plastics in tobacco products alone causes damage worth BDT 87 billion, per year, in marine pollution and waste management for Bangladesh. That’s around USD 21 B globally, per year. The data was drawn from GGTC’s Tobacco’s Toxic Plastics: A Global Outlook, which also outlines the additional dangers of tobacco industry sponsorships in covering up the unique harms of cigarette butts, a chemical and heavy metal-laden form of single use plastic.