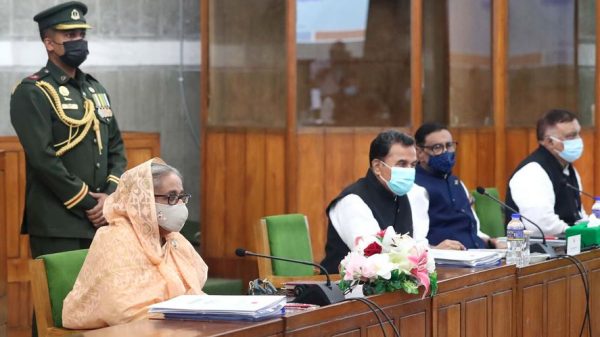 The Cabinet at a special meeting today approved the proposed national budget for the fiscal year 2022-23, hoping to revive the pandemic-hit economy.

Prime Minister Sheikh Hasina presided over the meeting held at the cabinet room of the Jatiya Sangsad Bhaban.

Kamal is set to place a Taka 6,78,064 crore budget for the FY23 at Jatiya Sangsad today with the major challenge of reining inflation amid unfavourable global economic situation.

He is scheduled to start unfolding his 4th national budget in a row at 3:00pm.

The budget will be the 4th one of the present Awami League-led government formed through the general election held in December 30, 2018.

Besides, it will be the country’s 51st budget since independence in 1971 and the 23rd of the Awami League government in five terms.