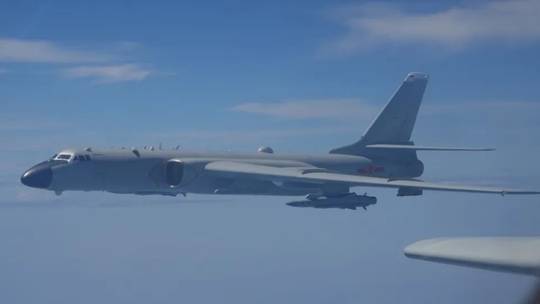 Beijing’s military drills around the island are aimed at weakening public morale ahead of an attack, Taipei claims

China is using its large-scale militarily exercises around Taiwan to prepare for an invasion of the self-governed island, Taipei’s Foreign Minister Joseph Wu claimed on Tuesday.

“China has used the drills and its military playbook to prepare for the invasion of Taiwan,” Wu said during a press conference.

Beijing is engaging in “large-scale military exercises and missile launches, as well as cyber-attacks, a disinformation campaign and economic coercion in order to weaken public morale in Taiwan,” the diplomat insisted.

According to the minister, the drills were still being conducted in the Taiwan Strait on Monday, despite Beijing earlier saying that they would conclude over the weekend.

“China’s real intention is to alter the status quo in the Taiwan Strait and entire region,” he claimed.

Wu labeled the exercises a “gross violation of Taiwan’s rights” and an attempt by Beijing to take control of the waters around Taiwan and the wider Asia-Pacific.

The minister was speaking after Taipei staged its own live-fire drills, simulating defence against an attack on the island.

The Chinese Defense Ministry said on Monday that the military was continuing its exercises in the waters and airspace around the island of Taiwan, mainly focusing on anti-submarine and air-to-sea assault operations.

Pelosi’s trip last week, which made her the highest-ranking US official to visit Taiwan since 1997, prompted a strong reaction from Beijing, which views the island as part of its territory. Aside from announcing its largest-ever military drills in the Taiwan Strait, Beijing slapped trade restrictions on Taipei and sanctioned the House speaker and her family.

Taiwan has been self-governed since 1949, but never officially declared independence from Beijing. Despite officially recognizing the One China policy, the US maintains strong unofficial ties with the island of 23.5 million, selling weapons to Taipei and supporting its push for sovereignty.