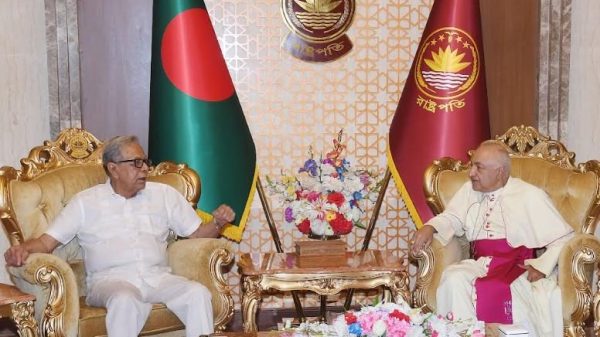 The Head of the State also thanked the outgoing Vatican Ambassador for his long successful tenure as the Dean of the Diplomatic Corps.

He appreciated the steps taken by the outgoing Vatican envoy for the welfare of the Christian community in Bangladesh.

Earlier, the High Commissioner of Bangladesh to Sri Lanka briefed the President about the current situation in Sri Lanka.

He sought the President’s guidance and full cooperation in discharging his assignment there.

During the meeting, the President urged to explore the areas of potential between the two countries in the prevailing situation in Sri Lanka.

He asked the ambassador to take initiatives to further expand this tie in various fields.