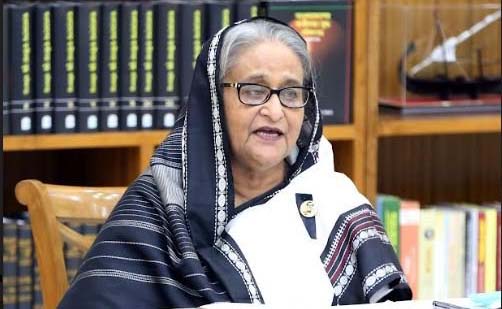 Prime Minister Sheikh Hasina today urged the Hindu community along with other believers and  faiths in the country not to think themselves as minority, saying that all people irrespective of their religions will enjoy equal rights in Bangladesh.

“We want people of all faiths would live with equal rights. You are people of this country, you have equals rights here, you have the same rights as I have,” she said.

“You would always think that you are the citizens of this country and you will enjoy equal rights,” the premier said while exchanging greetings with the Hindu community leaders on the occasion of holy Janmashtami.

“We also want to see you in that way. Please don’t undermine yourselves. You take birth in this country, you are the citizens of this country,” she added.

The Prime Minister virtually joined the event at Dhakeswari Mandir in Dhaka and JM Sen Hall in Chattogram from her official residence Ganabhaban.

She said if all people can move with this confidence then the evil quarter, from any religion, will never be able to harm the religious harmony of the country.

“We have to keep that belief and unity among us. I want this from you all,” she said.

The Prime Minister, however, came down heavily on a section of Hindu community people who try to imply that Hindus are in a very bad situation in Bangladesh.

She said, “I would like to say one thing with grave regret that whenever any incident occurs in the country, it is propagated at home and abroad massively in the way that the Hindu people don’t have any right in this country.”

Sheikh Hasina said whenever any incident happens the government takes immediate actions against it.

“But, colors are given to that incident in a way that the Hindus have no rights here. And the actions of the government after the incidents don’t get proper attention,” she noted.

In this connection, she said that while taking actions many Muslims were killed in police firing to protect mandirs (Hindu temples). “This kind of incident took place in the country.”

She also mentioned about the Cumilla incident. “But, those are not told usually, rather it is spread that the Hindus are living in very much troubles in the country.”

The premier said the number of Puja Mandaps in Dhaka is higher than the number in West Bengal or Kolkata, and in all over Bangladesh the Durga Puja is celebrated massively.

She said the government not only takes initiatives to repair or renovate mosques, but also renovates or repairs mandirs, moths and churches as well.

“It is not right to say anything that hurts anyone’s religious sentiment,” she added. 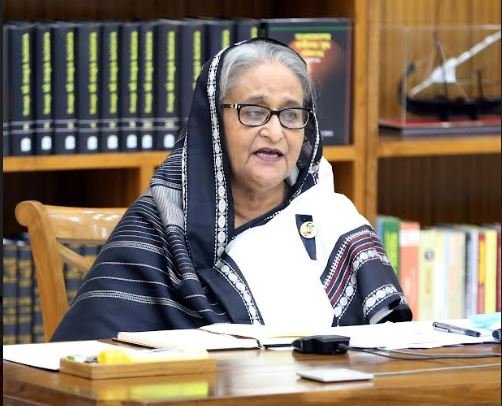 Sheikh Hasina said Bangladesh is a different place in the world where all people from all religions celebrate any religious festival.

“There are huge attempts to destroy this congenial religious atmosphere of the country. A section of people in all religions are there who often try to create problems,” she said.

She mentioned that the government and Awami League don’t believe in undermining people from any religion. “We can say it clearly. Our government is very cautious about it. I can assure you that.”

Talking about Coronavirus pandemic, Russia-Ukraine war, sanction and counter-sanction, the premier said that these caused great problems for all.

“We’ve hiked the fuel oil price, as a result prices of all items have increased. Some people are increasing the prices unnecessarily to make extra profits,” she said.

She said that the government is making arrangements for monitoring and taking steps in this regard.

The head of government mentioned about the government’s move to provide rice to 50 lakh families at the rate of Taka 15 per kilogram.

She said that the government will provide a special family card to one crore people by which they would be able to procure essential commodities like rice, lentil, oil and sugar at fair price.

“We are trying to put the prices within the purchase capacity of the mass people so that they don’t face sufferings,” she added.

Regarding the food scarcity around the world which is going towards famine, Sheikh Hasina said, “So, we have to utilise every inch of our land for production.”

The Prime Minister also reiterated her call to the countrymen to receive Covid-19 vaccine if anyone is yet to take it, saying that the lethal virus didn’t go permanently and could return any time. So, everyone should take the vaccine to make themselves protected, she added.