Droupadi Murmu took oath as the 15th President of India 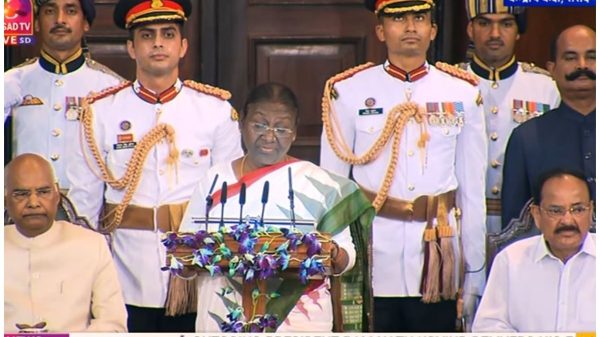 Droupadi Murmu took oath as the 15th President of India

Droupadi Murmu took oath as the 15th President of India today (July 25) at the Central Hall of Parliament.

Chief Justice of India NV Ramana administered the oath of office of the highest constitutional post of the country to Murmu. The oath taking ceremony was followed by a 21-gun salute, after which Murmu addressed the gathering at the Central Hall as the 15th President of India.

Meanwhile, Murmu’s daughter Itishree, a bank officer and her husband Ganesh Hembram, have reached New Delhi and are staying with the President elect.

Only four members of the President-elect’s family – brother, sister-in-law, daughter and son-in-law – will attend the oath taking ceremony, said a senior BJP leader adding that essence of adivasi’ culture and tradition could be reflected in the swearing in of the country’s 15th President .

BJD president and Odisha Chief Minister Naveen Patnaik on Saturday left on a four day tour to the national capital during which he is scheduled to attend Murmu’s swearing in ceremony. 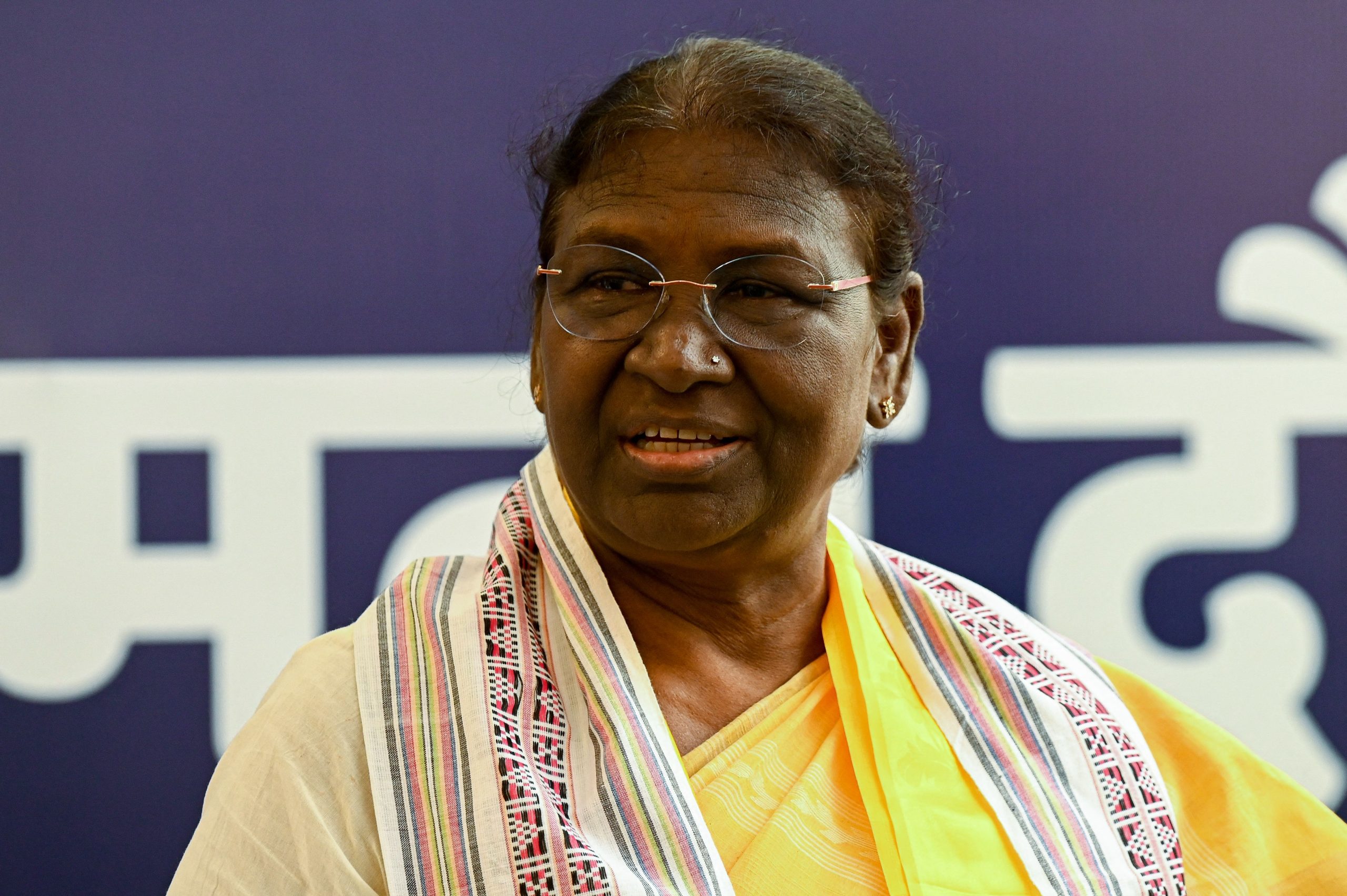 Coming from a humble tribal family of Uparbeda village near Rairangpur, 64-year-old Murmu has come a long way from a councilor to an MLA, a minister and Jharkhand Governor to being elected President of India.

There were celebrations everywhere in the state as `ladoos’ (sweetmeats) were distributed even on Saturday at the Bhubaneswar railway station.

In her native village of Uparbeda, villagers plan to spend the entire day on a feast. “The entire day would be spent on dancing and singing and having lunch together. We also have plans to put up a large TV screen so that people can see her taking the oath. Tomorrow is the best possible day for our village,” said Sunaram Hembram, a Santhali villager told Hindustan Times.

Murmu studied in the upper primary school of Uparbeda between classes 1-7.

In Pahdapur, where she has set up a tribal residential school in the name of her deceased husband Shyam Charan and two sons Laxman and Sipun, villagers are also putting up a huge LED screen to watch the live telecast. “Our village is going to be famous and lots of developmental activities would be carried,” said Braja Mohan Murmu, according to HT.