EU and NATO forming coalition ‘for war against Russia’ : Lavrov 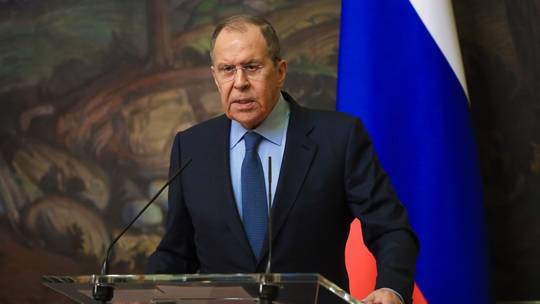 EU and NATO forming coalition ‘for war against Russia’ : Lavrov

Russia will ‘closely follow’ the steps taken by the European Union, the Russian foreign minister said.
The actions taken by the EU and NATO essentially amount to the formation of a “new coalition” targeting Russia, Foreign Minister Sergey Lavrov told journalists on Friday, comparing the steps taken by Brussels to the actions of Nazi dictator Adolf Hilter before attacking the Soviet Union.

Moscow has “no illusions” about the prospect of “Russophobic sentiments” within the EU dissipating any time soon, Lavrov said. Russia will closely follow all the “real steps” taken by the bloc and its candidate states, he added in a probable reference to Ukraine, which was granted EU candidacy status on Thursday.

“Hitler rallied a significant part, if not most, of the European nations under his banner for a war against the Soviet Union,” the foreign minister said, adding that “now, the EU together with NATO are forming another – modern – coalition for a standoff and, ultimately, war with the Russian Federation.”

Lavrov’s remarks came just one day after he branded a proposal to assemble an international naval coalition to escort ships carrying Ukrainian grain through the Black Sea as an attempt to interfere in the region under the auspices of the UN. Such schemes are not needed to facilitate Ukrainian grain exports, he argued, adding that Moscow guarantees vessels security all the way to the Bosphorus Strait, a key Black Sea access channel controlled by Turkey.

Earlier this month, the minister also stated that Washington was seeking to use the conflict in Ukraine to deprive Russia of its independent status on the international arena and force it to play by rules set by the US. America and its allies will not succeed in such an endeavor, he warned at the time.

The US and its allies reacted to the development by slapping Russia with an unprecedented number of sanctions, targeting its banking and finance sectors as well as aviation and space industries. The US and Canada put an embargo on oil and gas imports from Russia. The EU followed suit by introducing a partial embargo on Russian oil in early June.

The Western nations have also been supplying Ukraine with weapons since the start of the Russian military operation there.