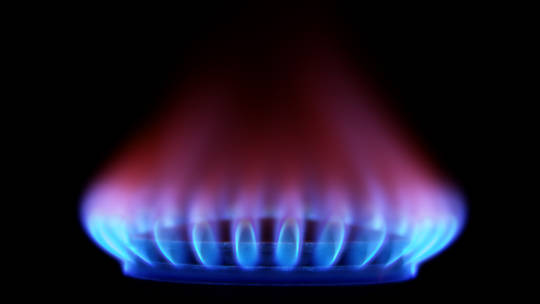 Paolo Gentiloni has told Italian media that Brussels is seeking to hurt Russia without harming itself too much.
Discussions in the EU regarding further sanctions on Russia over the military operation in Ukraine so far do not include a ban on Russian gas, European Commissioner for Economy Paolo Gentiloni has revealed.

In an interview with Italian newspaper La Stampa published on Saturday, Gentiloni said that while no punitive measures were off the table for the European Commission, “today we are not talking about a gas blockade.”

He noted that Brussels is seeking to strike the right balance between hurting Russia’s economy as much as possible and minimizing the secondary effects on European economies.

Gentiloni acknowledged that, despite the EU’s efforts, the sanctions have taken a toll on Europe as well. Nevertheless, he believes the bloc had no other choice but to respond to Russia’s military campaign in Ukraine “with economic weapons.”

The commissioner cautioned, however, against believing the conflict can be won solely through sanctions.

The sixth round of EU sanctions on Moscow, which was approved on Thursday and includes an embargo on some crude oil imports to the EU, “will in any case have a devastating effect on the Russian economy and power,” Gentiloni said.

Since Russia launched its military campaign in late February, Ukraine along with Poland and the Baltic states have been calling on the EU to phase out Russian gas, accusing Brussels of effectively financing the Kremlin’s military machine. Germany in particular has received a lot of flak from these nations as a major importer of Russian natural gas.

While freezing the Nord Stream 2 gas pipeline indefinitely, Berlin has stopped short of placing any other restrictions on Russian gas imports. Responding to critics, German government officials and representatives of the country’s business community argue that if Germany stopped buying Russian gas overnight, it would deal a devastating blow to the economy.

After banning imports of Russian coal to the bloc in early April, EU officials went on to propose a complete embargo on Russian oil as well. This was met with fierce opposition from Hungary, which is heavily dependent on Russian gas imported through the Druzhba pipeline.

As the unanimous support of all 27 member states is required for major decisions such as this, the European Commission eventually relented and exempted Russian oil imports via the Druzhba pipeline for Hungary, Slovakia, and the Czech Republic.

In late March, President Vladimir Putin signed a decree demanding that nations which had imposed sanctions on Moscow pay for Russian natural gas in rubles, or else have their supplies cut off.

Some countries, including Germany and Italy, allowed their operators to open ruble accounts in Russia’s Gazprombank to pay for gas.

Poland, Bulgaria, Finland, and the Netherlands refused to comply, and Moscow has cut off deliveries to them as a result.