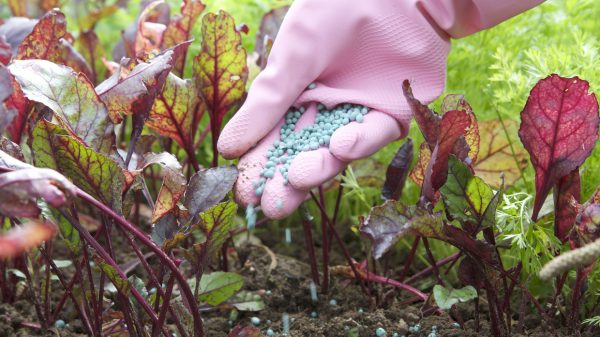 Inside Russia : Outside Russia : News Digest by the Embassy of Russian Federation in Bangladesh on June 21 2022.

MOSCOW, June 20. /TASS/. The Moscow International Film Festival, which was to take place in April 2022, will be held in late summer, the festival directorate said on Monday.

“New dates of the 44th Moscow International Film Festival have been announced – it will be held from August 26 to September 2, 2022,” the directorate said in a statement.

The festival program is being put together. Over 200 applications have already been submitted for the main event alone. Filmmakers from Argentina, Brazil, Peru, the US, the UK, Serbia, Italy, France, India, Iran, China, countries of the Middle East and other regions want their films to premiere at the Moscow festival, the statement said.

According to Ivan Kudryavtsev, a journalist and producer, who has been named Selection Committee chairman, filmmakers from more than 60 countries have already submitted applications, and the geography of the festival will continue to expand.

“Nigeria, whose population has surpassed 200 million people,” has become a bustling picture production center, with the box office hitting $1 billion for less than a year, he said. “And there are a lot of other examples of emerging” film production centers.

The Moscow International Film Festival dates back to 1935, but it became regular since 1959. Famed film producer Nikita Mikhalkov is the festival’s president.

Anyone who wants to buy Russian food and fertilizers can do so freely and without the fear of sanctions, which don’t apply to these products, EU Foreign Policy Chief Josep Borrell said on Monday.

“Our sanctions don’t target food, don’t target fertilizers. Everyone that wants to buy Russian food and fertilizers, they can do it, no obstacles… so they can operate, they can buy, they can transfer, they can insure,” Borrell told the press ahead of a meeting with EU foreign ministers, which is set to focus on ways to free up Ukrainian grain stuck in Black Sea ports amid the ongoing military conflict in the country.

However, EU sanctions target Russian shipping, preventing the country’s grain and fertilizers from being delivered to the global market. This has led to a growing food crisis, with wheat prices surging to record highs over the past two months.

Ukraine, also a major breadbasket, was left unable to export its grain by sea. The WTO estimates that between 22 million and 25 million tons of grain are currently held in Ukraine’s ports. And while Western nations have accused Russia of blocking these exports, Moscow has repeatedly stated that it is eager to provide safe passage for the grain-laden ships through the Black Sea but that the Ukrainian military is preventing this because they mined the ports.

According to Borrell, the consequences of the crisis in Ukraine “are becoming very dangerous not only for Ukraine but for the whole world.”

“I have to warn again about the risk of a great famine in the world, especially in Africa, and it is the war which is creating price increases and the scarcity on energy and food. We are supporting United Nations’ efforts to de-block the export from Ukraine,” he stated.

Sergey Lavrov’s visit to Iran was announced on June 13

“We will receive Lavrov at the end of the week (the week ends on Friday according to the Iranian calendar – TASS),” he said.

Lavrov’s visit to Iran was announced on June 13. Russian Foreign Ministry Spokeswoman Maria Zakharova said that the dates of the minister’s visit were being worked out.

Injuries reported after strike at Russian drilling platforms in Crimea

Suspected Ukrainian attacks targeted drilling rigs off the coast of Crimea in the Black Sea on Monday morning, the head of the Russian region, Sergey Aksyonov, said in a statement. He added that the rigs were manned by 12 workers, five of whom have been rescued so far, including three with injuries.

Aksyonov did not disclose the exact locations of the facilities, but said they were owned by Chernomorneftegaz, a company that develops offshore gas and oil fields. Its ownership has been disputed by Ukrainian energy giant Naftogaz since 2014, when it was nationalized after Crimea voted to re-join Russia.

The head of Crimea later said that three missile strikes hit three separate rigs. Aksyonov said a total of 109 people were in the area at the time of the attacks and that the evacuation of the workers was underway.

The attack targeted offshore rigs located about 71km from the Ukrainian port of Odessa, Olga Kovitidi, who represents Crimea in the upper chamber of the Russian parliament, told RIA Novosti.

Some Ukrainian media reported that earlier in the day, dozens of missiles hit Snake Island, a small islet off the Ukrainian coast, which has been controlled by Russia for months. Ukrainian MP Aleksey Goncharenko claimed that some of the missiles hit the gas rigs instead of the island.

Ukrainian troops have been slowly losing territory to Russia and allied forces in Donbass, even as Western nations supply more sophisticated weapons to Kiev. Several Ukrainian officials have stated that the pledge to not use foreign weapons to attack targets in Russia does not apply to Crimea, which Kiev considers part of its territory. Major General Dmitry Marchenko said last week that the bridge connecting the peninsula with mainland Russia is “absolutely our number one target.”

This month, Kiev reported deploying US-made Harpoon anti-ship missiles as part of its coastal defense systems. Last week, Kiev claimed it had attacked a Russian military tugboat with two of these missiles.

Kremlin comments on captured US ‘soldiers of fortune’

Two American citizens captured in Ukraine are “soldiers of fortune” and their fate will be decided by the courts, Russian President Vladimir Putin’s spokesman Dmitry Peskov told NBC News in an interview on Monday. Peskov also said that jailed WNBA star Brittney Griner cannot be considered a “hostage.”

The conflict over Ukraine will affect relations between Russia and the West for a long time, Peskov told NBC News on Monday, adding, “We will never trust [the] West anymore.”

US military veterans Alexander Drueke (39) and Andy Huynh (27) went missing last week. RT confirmed on Friday that they had been captured in Donbass and were currently held in a detention center somewhere in the Donetsk People’s Republic (DPR). They are the first Americans to be captured in the course of the conflict in Ukraine, not long after a Donetsk court sentenced three foreign fighters to death for their role in the fighting.

Asked about Drueke and Huynh, Peskov said their fate would “depend on the investigation.” He called them “soldiers of fortune” who were involved in “illegal activities” and fired on Russian troops, for which they should be punished.

On June 9, a court in Donetsk found three foreign fighters guilty of acting as mercenaries and attempting to seize power by force. British citizens Aiden Aslin and Shaun Pinner, as well as Moroccan national Saadun Ibrahim, were sentenced to death. The trio denied being mercenaries and are appealing the verdict.

While Aslin, Pinner and Ibrahim had been captured by DPR troops near Mariupol, Drueke and Huynh told RT they had surrendered to a Russian patrol. Both Donbass republics and Russia have maintained that foreign fighters who came to fight for Kiev are mercenaries and therefore unlawful combatants who are not protected under the Geneva Conventions.

Peskov said he had no information about Grady Kurpasi, the third American fighter recently reported missing in Ukraine.

The Kremlin spokesman was also asked about Brittney Griner, the WNBA player who was arrested in Moscow on February 17 and remains in jail. Griner was not a “hostage,” he said, but someone who was being investigated for breaking Russian law. Police said they found vape cartridges with hash oil in Griner’s luggage at Sheremetyevo airport. If convicted of possession of an illegal substance, she could face up to 10 years behind bars.