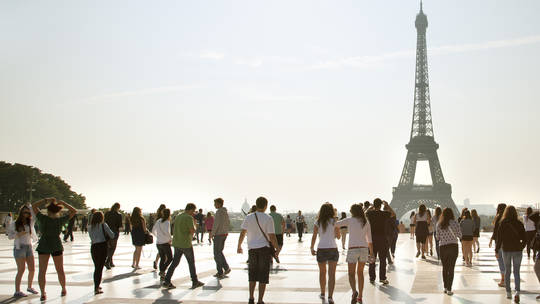 Entry restrictions will hurt the European economy, while Russians will always have other destinations for travel.
The European Union will lose around €21 billion ($20.97 billion) if it bars Russian tourists from entering the bloc, State Duma Speaker Vyacheslav Volodin wrote on his official Telegram channel on Thursday, commenting on what he called “the frenzy of proposals to ban our citizens from entering the EU continues.”

“According to the most conservative estimates, Europe is going to lose €21 billion because of restrictions on the entry of our citizens. By drawing an iron curtain around their countries, they punish themselves because of their own stupidity and ignorance,” Volodin stated.

According to the official, 80% of the world’s population does not support the sanctions against Moscow, which means Russian tourists have places to visit outside the EU. Moreover, he suggests that Russia’s own tourism infrastructure should be developed to accommodate domestic travel.

“We have a huge number of beautiful places. Everything should be done to create conditions for travel and recreation in our country,” he said.

In early August, Ukrainian President Vladimir Zelensky mused that the Russians should “live in their own world until they change their philosophy,” and urged the West to refuse entry to Russian tourists. Moscow responded by saying that such proposals would only have a negative effect on all involved and called the measure “discriminatory.”

However, a number of European nations later expressed support for Zelensky’s proposal. An informal meeting of EU foreign ministers is scheduled for the end of August, when they will discuss the possibility of introducing visa restrictions for Russian tourists, European Commission representative Anita Hipper said last week.