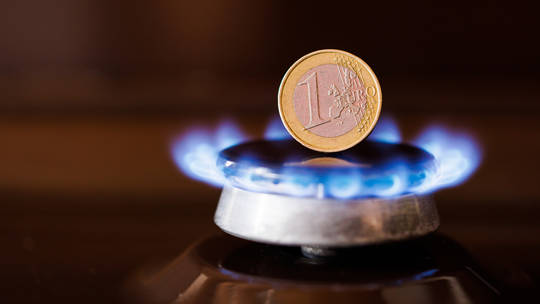 Futures top highest level since March.
Natural gas spot prices in Europe continue to rise with September futures on the TTF hub in the Netherlands jumping to nearly $3,500 per thousand cubic meters on Friday, according to data on the London ICE exchange.

Prices have reached their highest level since March.

The price rally started last week, after Russian energy giant Gazprom said the only operational turbine on the Nord Stream 1 pipeline would be shut down for maintenance works from August 31. Gas transit through the route will be entirely suspended until September 2.

Meanwhile, European countries are trying to fill gas storage facilities ahead of the heating season. The unscheduled maintenance work exacerbates both the risk of a recession and a winter energy shortage across the continent.

Since late July, the Nord Stream 1 gas pipeline has been used at 20% of its full capacity due to the shutdown of several gas turbines. One of them was sent to Montreal for repairs and got stuck there due to Canadian sanctions against Russia over the conflict in Ukraine.

At Germany’s request, Ottawa announced an exemption for the turbines in July, and sent one of them over, but Gazprom declined delivery, citing irregularities in documentation.

“There are still no active talks with Gazprom… but we have given an indication that we want to start negotiations, or rather to continue them to clarify some controversial terms of the contract. We simply sent information that we were ready to negotiate and asked them to resume contact,” he said, specifying that Sofia expects a response from the Russian supplier on Friday, or Monday next week at the latest.

The minister stressed: “We are only talking about the old contract; we will not re-sign or negotiate a new contract.”

According to Hristov, Sofia is seeking to extend the deadline to supply the remaining volumes of gas under the contract until 2023.

In April, Bulgaria rejected the ruble-for-gas payment method introduced by Russia in response to Western sanctions. Under the new regulation, buyers from countries that imposed restrictions on Moscow are obliged to pay for Russian natural gas in rubles. Sofia’s refusal to accept the new terms prompted Gazprom Export to halt fuel supplies to its Bulgarian partner, Bulgargaz.