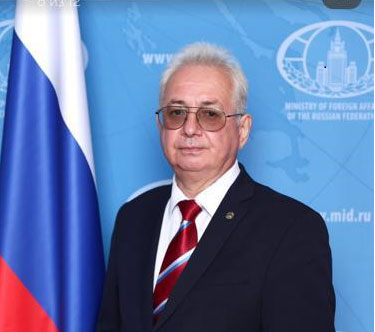 Every year, May 3 marks the World Press Freedom Day, proclaimed in 1993 by the United Nations General Assembly following the work of the UNESCO General Conference which stated in its Resolution of 1991 “On the promotion of freedom of the press in the world”, that a free, pluralistic and independent press is a necessary component of any democratic society.

It contributes to various political and economic objectives, raises people’s awareness on the state of affairs within the society. Thus, citizens have an opportunity to become active participants in social and political processes.

Over the past few years, the technologies for free dissemination of information have advanced on an unprecedented scale. Internet access has become a commonplace in almost all countries of the world. There are social networks, the blogosphere, online journalism, online media, etc. The twenty-first century saw new forms of media functioning, especially electronic media. Technological progress has greatly contributed to media freedom.

There is an opinion that freedom, including freedom of the press, is equal to permissiveness and the lack of restraint.

However, I strongly believe that freedom of speech should not be perceived as an opportunity to make irresponsible and provocative statements. Freedom of the press should not be an excuse to create fake news, to manipulate public opinion or to foment public disorder.

There should be no room in the media for promoting extremist ideologies and glorifying Nazism, for inciting terrorist acts or a change of “unwanted” governments.

Obviously, it is necessary to have an opportunity to express one’s opinion, but there should be certain limitations and boundaries set forth in the law.

Moreover, the laws themselves, if adopted in a democratic way, are the natural limitations of everyone’s freedom. The right to speak freely goes hand in hand with the responsibility to tell the truth, to abide by the law, to respect the rights and dignity of compatriots, to refrain from insulting national pride and religious feelings of other people.

The World Press Freedom Day gives us another opportunity to pay attention to the increased cases of “digital dictate” and the use of social networks as an instrument to interfere in the internal affairs of sovereign states, which is utterly unacceptable.

The Russian citizens experienced the destructive influence of modern IC-technologies during the “day of silence” and the voting day in September 2019, when certain foreign portals, including the US Embassy’s website, disseminated calls for mass unrest in Moscow and direct political propaganda.

Despite repeated calls and proposals by Russia and like-minded countries to develop rules of conduct to ensure information security, a number of countries and international organizations are still following the lead of IT-giants, which stick to their own rules and decision-making. On May 2, 2022, the UNESCO Secretariat turned down the Russian initiative to convene a special session on the influence of major IT-companies on the work of the media.

It is increasingly evident that the international institutions dealing with the press freedom are in a deep crisis. The last few months saw partiality and blatant partisanship becoming their distinctive features. Political clichés coined in Washington and Brussels go the rounds, while information sources, expressing the views differing from the Western mainstream, come under unprecedented pressure.

Reporters receive threats, lose accreditation, get their accounts blocked, and face utmost hindrance in their professional activity. Some are subject to the tactics of state terror. The vivid examples are the detention, under an absurd pretext, of Ms E.Cherysheva, the Head of the “Sputnik media” information portal in Estonia, or the extradition warrant issued by the Westminster Magistrates’ Court for “Wikileaks” founder Julian Assange.

An alarming situation is unfolding in Portugal around the Brazilian staff of “Sputnik Brazil”: they have not been receiving salary for two months as the Portuguese banks “ActivoBank” and “Novo Banco” have frozen their accounts, while 160 reports by journalist Lauro Neto were censored in Portugal and the European Union.

The Russian mass media have got accustomed long ago to the fact that their activity abroad is subject to censor. Blocked broadcasting by “Russia Today” and “Sputnik” in the EU and the USA and personal restrictions on two military correspondents working in Ukraine are just few recent examples. At the same time, it is surprising to receive rebukes from foreign diplomats blaming Russia for allegedly depriving its citizens of the right “to search and receive information”.

In fact, a great number of media resources work in Russia, including 242 correspondent’s offices of foreign media from 54 countries, including ABC News, The Associated Press, The Washington Post, Euronews, TF1 and many others. The Russian audience enjoys full access to their materials offline and online, while in Europe, almost all Russian media have been blocked from broadcasting and distribution of their content has become administratively punishable in some states. The next step is criminal responsibility.

The World Press Freedom Day provides the international community with an opportunity to pay tribute to those media professionals who lost their lives in the line of duty. In Russia, we mourn all killed reporters and stand for the investigation of such crimes.

At the same time, some Western diplomats point at a “deplorable state” of safety for those journalists in Russia who supposedly “truthfully” cover military developments in Ukraine.

In conclusion, let me emphasize that media representatives should be responsible and committed to providing the public with accurate and comprehensive information. After all, truth will triumph.