Germany to send Ukraine one of its most modern weapons : Scholz 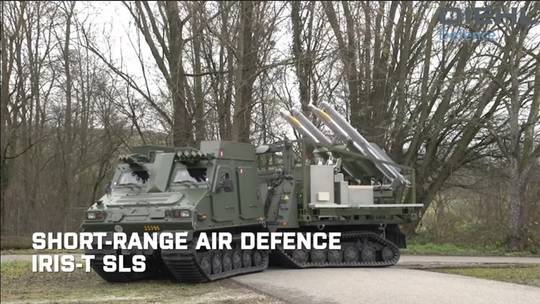 Germany to send Ukraine one of its most modern weapons : Scholz

Germany will send more advanced weapons to Ukraine, Chancellor Olaf Scholz told parliament on Wednesday. Among other items, the government has decided to deliver IRIS-T air defense systems to the country, he said.

The missiles were originally an air-launched European replacement for the US-made AIM-9 Sidewinder. A ground-launched radar-guided variant called IRIS-T SL also exists. There are two versions of the system for short and medium range engagement.

Reports emerged in mid-May that the German government was considering sending such inventory to Ukraine, with sources saying Kiev could deploy them by November.

Scholz said the air defense systems were “the most modern” in the German stockpile and would “enable Ukraine to protect an entire major city from Russian airstrikes.”

The chancellor told lawmakers that his government will also provide more counter-battery radars. Such systems are used to detect artillery fire and determine the location from which it came, usually in order to target them in retaliation.

Scholz also announced that Germany will coordinate with the US to deliver its multiple rocket launchers to Ukraine.

Critics have accused the chancellor of being overly cautious in arming Ukraine. Speaking during a budget discussion in parliament, Scholz touted his record of providing military aid to Kiev, calling his government’s decision to break the German tradition not to send arms to conflict zones “courageous.” He pledged his long-term support for Ukraine against Russia.

Russia attacked Ukraine in late February, following Kiev’s failure to implement the terms of the Minsk agreements, first signed in 2014, and Moscow’s eventual recognition of the Donbass republics of Donetsk and Lugansk. The German- and French-brokered protocols were designed to give the breakaway regions special status within the Ukrainian state.