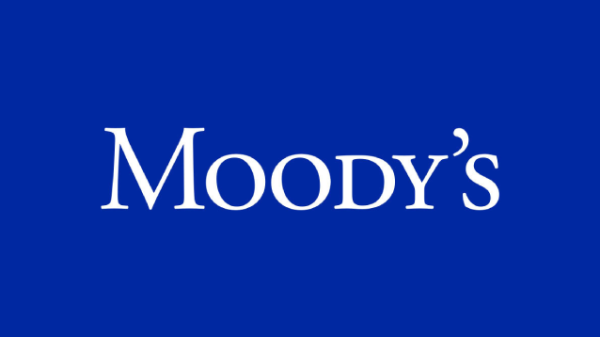 Total debt-to-GDP ratios across the APAC region have remained well above pre-pandemic levels, although some countries such as Singapore, Malaysia and Indonesia did record lower debt ratios in 2021 compared with 2020. This was due partly to the success of containing domestic COVID-19 cases while keeping production lines open. On the other hand, Thailand, Vietnam and the Philippines had trouble containing total debt in 2021 due to tightened COVID-19-related restrictions through much of the year.

Tighter lending standards have resulted in deleveraging for many financial institutions.

Government debt-to-GDP ratios rose the most since the end of 2019 in the Philippines and Thailand.

The household debt-to-GDP ratios in Malaysia and Thailand remain among the highest in Southeast Asia and are at risk of nonperformance as interest rates normalize.

China has the highest corporate debt ratio in the APAC region.

Total debt-to-GDP ratios across the APAC region have remained well above pre-pandemic levels, although some countries such as Singapore, Malaysia and Indonesia did record lower debt ratios in 2021 compared with 2020. This was due partly to the success of containing domestic COVID-19 cases while keeping production lines open. On the other hand, Thailand, Vietnam and the Philippines had trouble containing total debt in 2021 due to tightened COVID-19-related restrictions through much of the year.

Government debt in Southeast Asia continued to rise in 2021, though the increase was not as steep as in 2020.

Thailand and the Philippines experienced the largest government debt-to-GDP increase across Southeast Asia and across the globe between the end of 2019 and the end of 2021. Both countries were the slowest-growing
economies in the region last year and required substantial expansionary fiscal policy to support economic recovery. Despite the rise, both countries still have rather low debt-to-GDP ratios.

In other Southeast Asian countries, there were some signs of cutback in fiscal spending. Both Indonesia and Singapore recorded modest increases in government debt-to-GDP ratios in 2021 in contrast to their aggressive
deficit spending in 2020. During the pandemic, Southeast Asian governments raised debt ceilings to accommodate higher borrowing and spending to support the economy. Post-pandemic, fiscal consolidation is
expected to begin in 2023 as countries move toward endemic-COVID-19 policies, including an easing of social distancing measures.

South Korea’s government debt ratio is among the lowest of the advanced economies. Further, it rose by a very small amount over the course of the pandemic recession and poses little threat to the fiscal stability of the
country.

Japan has the highest government debt ratio of all countries in the Institute of International Finance database.

This has been the case for many years, the result of decades-long slow growth in the Japanese economy. Most, however, is at very low interest rates, is denominated in yen, and is owned by domestic investors. Thus, it
continues to pose little risk to the economy.

Australian public debt levels expanded through 2020 as federal and state governments spent significantly to support the economy. Australia was not unique in this regard, but its faster-than-expected economic recovery
and elevated export prices saw debt as a share of GDP whittled down through 2021. Policymakers can largely thank soaring commodity prices for the windfall. When prices of coal and iron ore are up, so too are company
profits and government tax receipts. Modelling by the Australian Treasury suggests that every US$10 per tonne increase in the price of iron ore adds A$3.4 billion to nominal GDP and A$400 million to tax receipts each year.
At the onset of the pandemic, the Australian government expected the iron ore price to fall to US$55 a tonne by the end of 2020. In fact, the opposite occurred. Spurred by greater demand and supply constraints, prices
averaged US$109 through 2020 and US$162 through 2021–adding in excess of A$50 billion to the nominal economy. Elevated coal prices similarly eased Australia’s debt burden through last year.

New Zealand was one of few countries undertaking fiscal consolidation before the pandemic. Between 2014 and 2019, the government debt-to-GDP ratio fell 6.2 percentage points. Elevated commodity prices, reduced
spending, and strong economic growth drove the debt reduction. Strict lockdowns and necessary supports saw government debt expand through 2020 and 2021; however, as a share of GDP, public debt remains below that
of most comparable countries.

Looking ahead, a rise in global borrowing costs will see interest repayments rise for both Australia and New Zealand as existing debt is rolled over onto higher terms. In New Zealand, budget surpluses are expected to return by 2024-2025, reducing the country’s total debt stock. Meanwhile, structural deficits are expected to remain a mainstay in Australia. New defense and social program spending will see payments outpace receipts for the next decade.

Government fiscal policies across Southeast Asia have offered support to stabilize household debt in 2021.
However, the household debt-to-GDP ratios in Malaysia and Thailand remain among the highest in Southeast Asia and are at risk of nonperformance as interest rates normalize. Elevated household debt remains a major problem despite a recent slowdown in the pace of household debt growth. Many Southeast Asian countries are also facing skyrocketing housing prices as hot money and speculation continue to push up prices.
Within North Asia, the greatest risk regarding household debt is in South Korea. Its household debt-to-GDP ratio is high at 106% and rose more quickly since the outbreak of the pandemic than in any other country in
the IIF database, including both advanced and emerging economies. This debt is largely mortgage debt, which is fueled by strong demand for homeownership and very high house price appreciation. Indeed, the Bank of
Korea has recognized this issue, as it was one of the first central banks in the region to begin raising interest rates post-pandemic. In doing so, the bank explicitly cited the need to rein in mortgage lending and the
accompanying runaway house prices.

Households face similar concerns in Australia and New Zealand. Property prices in Australia and New Zealand have soared over the past two decades, pushing each country’s household debt-to-GDP ratio to be among the
highest in the world. Property prices have grown further through the pandemic, supported by record-low interest rates and government programs targeting new homebuilding. As global interest rates rise, the burden
of repayments on this household debt will similarly lift. Adding to that, real wages across both countries are falling in the face of rising prices. The central banks of Australia and New Zealand expect that extra savings accumulated through the pandemic will offset some of this burden. Household savings were boosted by generous government payments, while extended lockdowns prevented spending for long periods of the last two years.

While corporate debt has slowed in most Southeast Asian countries, Vietnam experienced the largest corporate debt-to-GDP growth across the globe in 2021. Corporate bond issuance surged 56% against the previous year with real estate groups contributing the largest proportion (44%) among all sectors. The growth was likely due to Vietnamese corporates taking advantage of the loose policy environment to front-load their borrowing as the business environment and investment sentiment improved. Corporate debt will decelerate over the next few years as interest rates start to rise. This will weigh on bond yields and pricing.

Within the APAC region only China has a higher corporate debt ratio than Vietnam. But, again, it is high because a large amount of government debt is wrapped into local government financing vehicles, which normally would fall into the government classification. Corporate debt in both Japan and Korea amounts to 115% of GDP and stands firmly in the middle of the pack of advanced economies.

Corporate debt in Australia and New Zealand remains low relative to comparable countries. Throughout the pandemic, wage subsidies and targeted supports eliminated the need for many firms to borrow in order to
maintain operations through the challenging environment. With heightened uncertainty, firms were also hesitant to invest, limiting demand for capital and new debt. Since the start of the pandemic, nonfinancial businesses in Australia have reduced their debt as a share of GDP by 4.1 percentage points, while in New Zealand firms have cut their debt by 5.5 percentage points. The value of assets has also increased, pushing the business debt-to-assets ratio below where it was before the pandemic.

That said, research by the Reserve Bank of Australia suggests that one-fifth of Australian businesses now have cash buffers of less than one month’s expenses. That’s up from 10% in mid-2020. The small cash buffer highlights the vulnerability of some businesses coming out of the pandemic.

Tighter lending standards resulted in deleveraging among most Southeast Asian financial institutions in 2021.

The only exception is Vietnam, where demand for credit has surged and commercial banks have traditionally been the main funding supplier. Access to finance will continue to grow as the government strengthens the banking system through an improved legal framework, monetary regulations, foreign exchange, and payment systems. Despite the rapid growth, the risk is limited, since Vietnam’s financial debt-to-GDP ratio was less than
5% in 2021.

Elsewhere, financial sector debt is high only in the financial capitals of Japan, Hong Kong and Singapore.

Investment in advanced digital banking tools has led to a rapid rise in debt since the start of the pandemic.

Assuming that this will be followed by productivity gains, this trend does not look unusual.

Australia’s financial sector remains in good health. The country’s strong economic recovery is supporting financial sector profits. That said, total financial sector debt as a share of GDP has trended downward in Australia over the past decade. Since the start of the pandemic, debt has fallen from above 50% of GDP to 44.4%.

Please note that this analysis has been authored by Moody’s Analytics, which operates independently of the Moody’s Investors Service credit rating agency.