Goals & tasks of the special military operation in Ukraine will be fully achieved : Lavrov 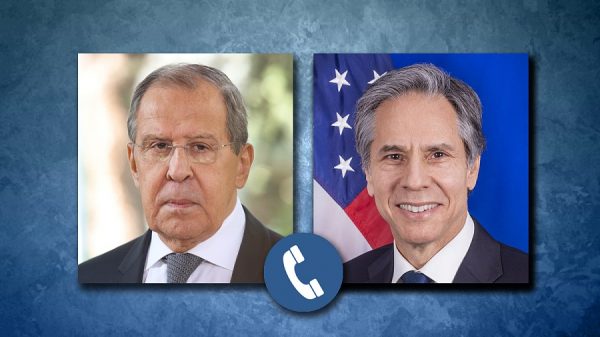 Goals & tasks of the special military operation in Ukraine will be fully achieved : Lavrov

On July 29, Foreign Minister Sergey Lavrov had a telephone conversation with US Secretary of State Antony Blinken, at the latter’s initiative.

The ministers discussed current developments in Ukraine. Sergey Lavrov laid out Russia’s principled approaches in the context of the special military operation in the Donetsk People’s Republic, the Lugansk People’s Republic and Ukraine.

He emphasised that its goals and tasks will be fully achieved.

The Foreign Minister drew the Secretary of State’s attention to the fact that the continued arming of the armed forces of Ukraine and nationalist battalions with US and NATO weapons, which are being used against civilians on a large scale, is only prolonging the agony of the Kiev regime by dragging out the conflict and increasing the number of victims. Mr Lavrov stressed that the armed forces of Russia strictly observe the norms of international law and that Russia has engaged in consistent efforts to restore peaceful life on the territories that it is liberating.

They spoke at length about global food security. Mr Blinken was informed of the details of the agreements signed on July 22 in Istanbul on shipping Ukrainian grain from Black Sea ports and promoting Russian food and fertiliser exports. Mr Lavrov said that US sanctions were aggravating the situation and that US promises to make exemptions for Russian food shipments had not materialised. He said the collective West was exploiting the problem to advance its geopolitical interests, which is unacceptable.

They also exchanged views on the problems besetting bilateral relations, which badly require normalisation. As for the potential prisoner swap between the countries, Mr Lavrov strongly advised a return to professional dialogue in the context of “quiet diplomacy” without any dubious media leaks.