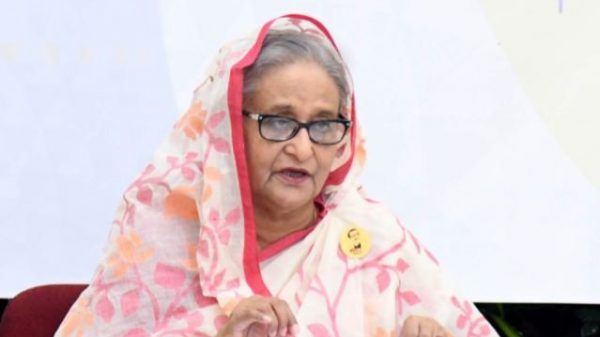 Prime Minister Sheikh Hasina today said her
government has been mulling to set up another nuclear power plant in the
southern region to meet the increased demand for electricity which was a
prerequisite to ensure country’s overall development.

“We are going to install another (nuclear) power plant after completion of
the existing one. We will construct it in southern region. If we are able to
build another nuclear power plant, we will no longer face power crisis,” she
said.

She also added the government is looking for a suitable place in country’s southern region to build another necular power plant.

The Premier said this while opening the installation work of reactor pressure
vessels inside the physical structure of unit-1 of the Rooppur Nuclear Power
Plant.

Joining the programme from her official Ganabhaban residence in the capital
through video conferencing, she called upon the people to
remain vigilant as the vultures couldn’t extend their claws.

She witnessed the installation of reactor pressure vessels in the Rooppur
Nuclear Power Plant and said, “Today is a very important day for us. The day
is not only important for Bangladesh but also for mine as well.”

The Premier said the day has brought pride for all as the reactor pressure
vessels have been installed in the nuclear power plant while the nation is
celebrating the country’s golden jubilee of independence and 101th birth
anniversary of Father of the Nation Bangabandhu Sheikh Mujibur Rahman.

Sheikh Hasina said the country has now turned into a developing nation due
to the relentless efforts made by the incumbent government since 2009 and “We
are committed to making Bangladesh a developed one by 2041″.

The Prime Minister said the government has been working to build Bangladesh
as a prosperous one so the future generation can celebrate the country’s
100th year of independence in a developed-and-modern technology-based
country.

She added: “We have given a Delta Plan-2100 to make sure that the country
never falls behind and Bangladesh can face any claw of vultures.”

The Rooppur plant is expected to add 2,400MW of electricity to the
national grid by 2024, helping the country meet its increasing demand.

The mega project is being implemented by the state-run Bangladesh Atomic
Energy Commission (BAEC) under the Science and Technology Ministry, with
financial, technical and technological support given by Russia through its
state nuclear agency, Rosatom.

A video presentation was screened on the Rooppur Nuclear Power Plant at
the function.

The Prime Minister said Bangladesh is set to attain the nuclear power like
other countries with completion of the power plant,

But, she said that her country would use the nuclear power in peaceful
activities such as producing electricity.

Sheikh Hasina said her government wants to ensure electricity for all in
the country and nuclear power plant can play a significant role in pursuing
the endeavour.

“As many as 99 percent of the total population have so far been brought
under the electricity coverage,” she added.

The Prime Minister said her government has been working on the alternative
sources for generating power alongside setting up the nuclear power plants
keeping in mind the increasing demand for power in households and industries
so the people can get uninterrupted power supply.

She added that her government has been setting up 100 special economic
zones across the country which will require power connection to operate
smoothly,

She mentioned that after full completion of the work of the Rooppur Nuclear
Power Plant, a total of 24,00MW power will be added to the national grid by
2024.

She said if the electricity would reach every household and industry, then
the country’s overall socio-economic development will be possible.

The Prime Minister said the IAEA safety standard and other relevant
guidance as well as international good practices are being strictly followed
in constructing the plant.

Sheikh Hasina said the construction of Rooppur Nuclear Power Plant is our
long-cherished dream that was sown in 1961 in the then Pakistan era. At that
time several physical works, including land acquisition, were completed, she
said.

“But the then Pakistan government abruptly stopped the work and shifted
the plant to West Pakistan showing step-motherly attitude to the East,” she
said.

After liberation war, she said, Father of the Nation Bangabandhu Sheikh
Mujibur Rahman undertook reconstruction of the war-ravaged country alongside
building of the Rooppur Nuclear Power Plant.

She added that Bangabandhu had earlier raised the demand of constructing a
nuclear power plant in the then East Pakistan (now Bangladesh) in the 1970’s
election.

“As per his directive, work started but with his brutal assassination on
15th August 1975, the entire process was abandoned,” she said.

The Prime Minister said the Awami League government after assuming office
again in 1996 revived the project for its implementation.

She added: “We worked out a time-bound to this end. But before completion
of the entire process, our 1996-2001 tenure ended.”

After coming to power in 2001, she said, the BNP-Jamaat government shut
implementation of many people-centric programmes and Rooppur power plant was
such a project that was not implemented.

The BNP-Jamaat government during their tenure did not produce a single MW
of power rather they engaged in corruption, she continued.

The Premier said after assuming office in 2009, the AL government took up
the project again and the Russian Federation came forward to help implement
the project.

In this connection, she expressed gratitude to the Russian government and
its people for extending the support.

About security, the Prime Minister said four tier security measures have
been taken as well as latest and modern technologies have been used in the
Nuclear Power Plant to ensure safety and stop environmental pollution there.

Army, police and other security forces have been engaged to ensure the
security of the area as there will be no possibility of any unwanted
incidents to happen in the country’s maiden nuclear power plant, she assured.

Sheikh Hasina said setting up of a nuclear power plant in Rooppur is a new
experience for the country’s scientists, engineers and for those who are
working in the atomic energy sector.

The Prime Minister heavily criticized those who are very much critical
about the Nuclear Power Plant project saying that many have raised questions
over the construction of this project. 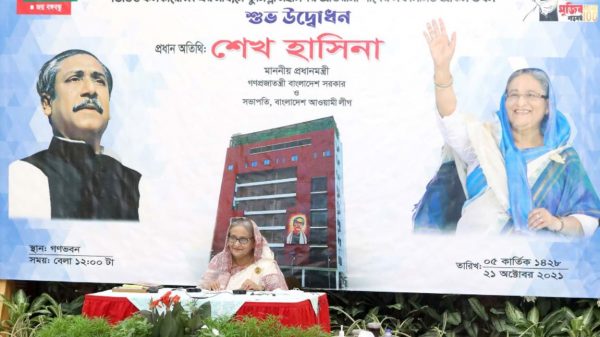 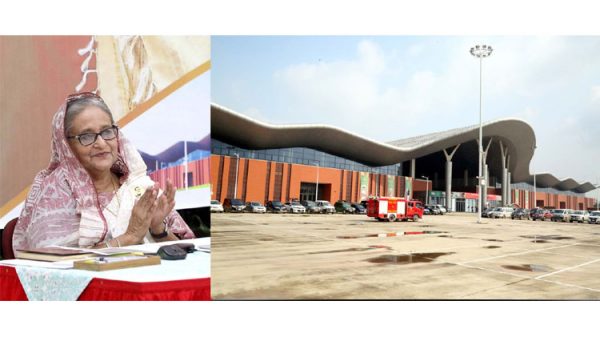 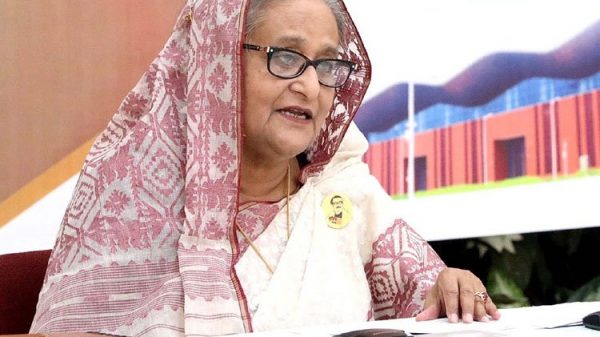 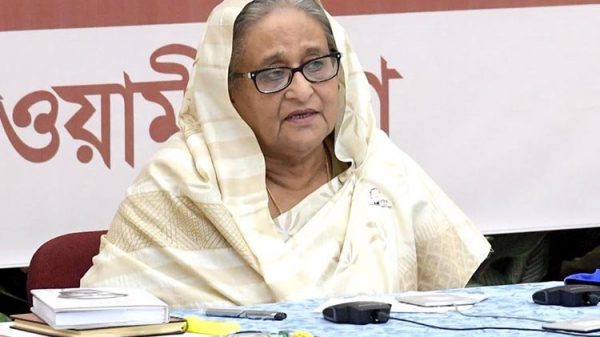 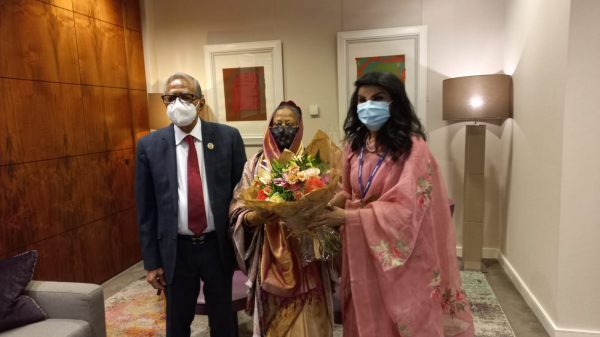 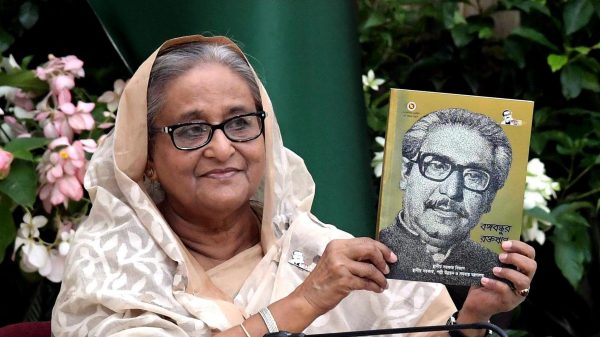 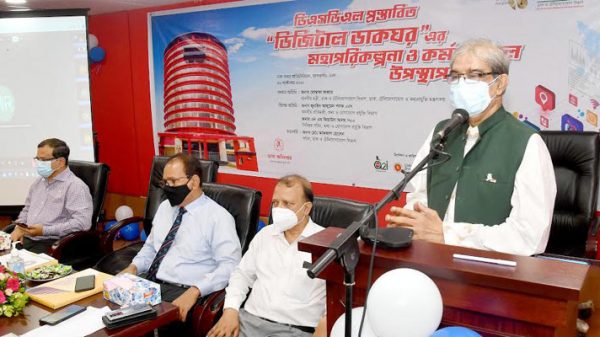 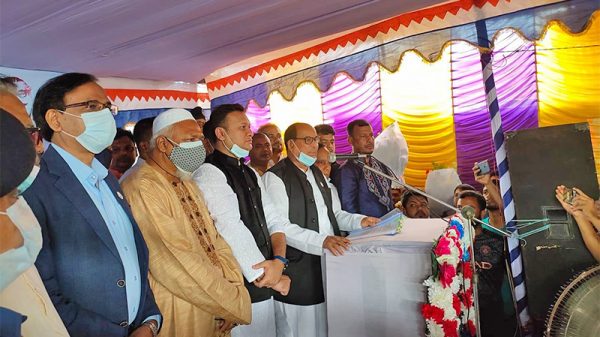 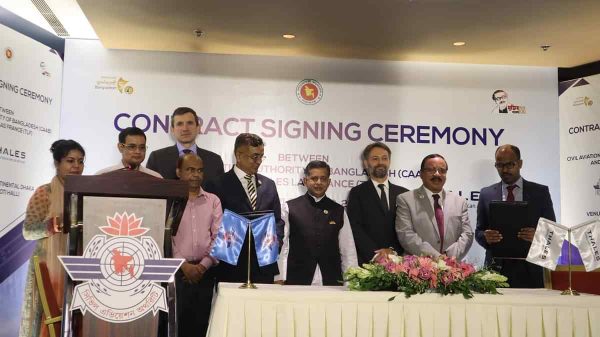 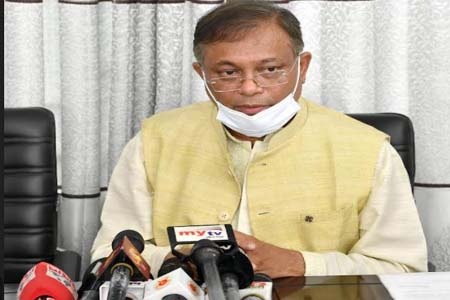 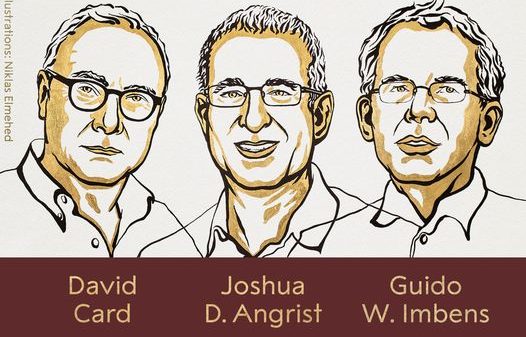