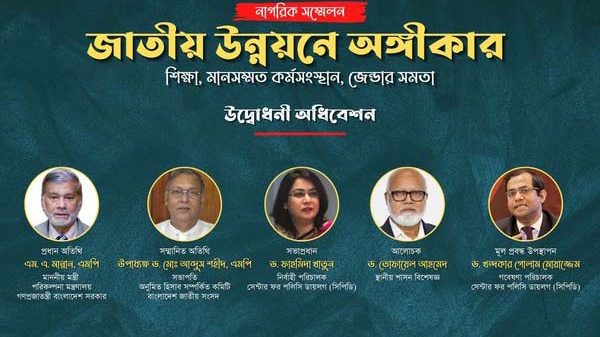 Centre for Policy Dialogue (CPD) organized a congress on Citizen Dialogue titled ‘Promises of National Development: Education, Decent Employment and Gender Equity: What is the Progress?’ at a city hotel on Saturday.

The key note was presented by Dr Kahandakar Golam Moazzem, Research Director, CPD where the expert pointed out that the electoral promises made by the government was implemented to the local level. But due to corruption, mismanagement and lack of visionary leadership did not result promised development to the grass roots level.

Besides, it was highlighted that the electoral promises were designed and oriented from top to bottom rather to be done from bottom to top oriented.

People during survey pointed out that they were unable to project their problems to the local Member of Parliament and leaders.

They also lamented that there are lack of educational facility, quality education, decent employment and inequality among genders in terms of social status, economic condition and employment.

So, according the study there are scope of improvement to implement electoral promises and development of the country.

There are scopes of people’s incorporation into the electoral process and development progress.

In view of the above, the CPD had launched a project titled “Advancing Responsiveness and Accountability through Citizen Engagement in Bangladesh”, supported by the United Nations Democracy Fund (UNDEF). 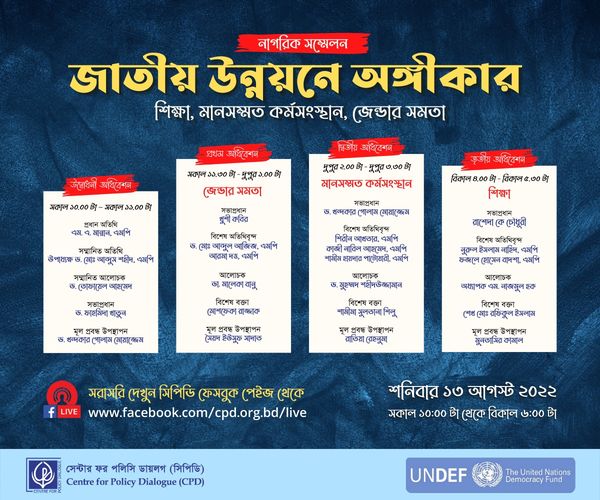 Electoral promises made by political parties before the national elections in Bangladesh hold little value as those in many instances are not followed up through concrete actions.

Citizens also do not give due importance to electoral pledges and holding elected representatives accountable for implementation.

Since the government comes with super-majority in Bangladesh it is important that implementation process monitoring of the commitments is done based on a bottom up approach involving the participation of the broader stakeholders including the vulnerable and marginalized people: women, youth, aged, people with disability, religious minority, and indigenous people.

In the current context, while the electoral pledges of the newly elected government do reflect consistent national aspirations, its accountability in the delivery process is hardly guaranteed.

This project provided a platform to the citizens for claiming delivery of the election pledges of the incumbent government through evidence-based research and sub-national and national dialogues. The objective of the project is to achieve enhanced civic participation in the democratic process within the framework of Sustainable Development Goals (SDG) 16 to ensure delivery of electoral pledges of the government.

In delivering the outputs CPD partnered with the Citizen’s Platform for SDGs, Bangladesh, to involve citizens from all over the country since the Platform has 100 CSO members. 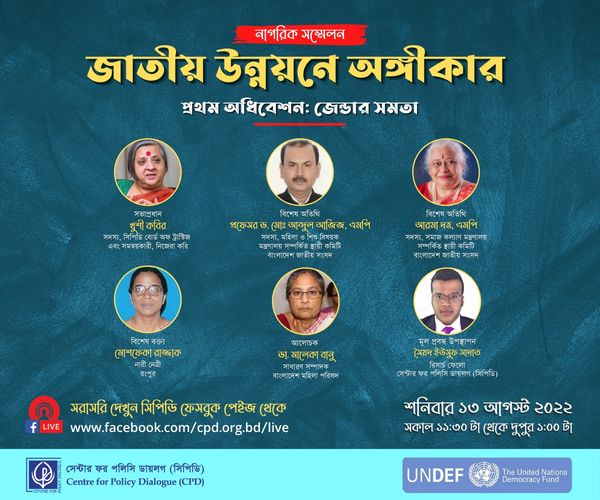 The first session titled ‘Gender Equality’ of the programme was presided by Khushi Kabir, Member, Board of Trustee, CPD and Coordinator, Nijera Kori.

The key note of the session was presented by Yusuf Sadat, Research Fellow, CPD. 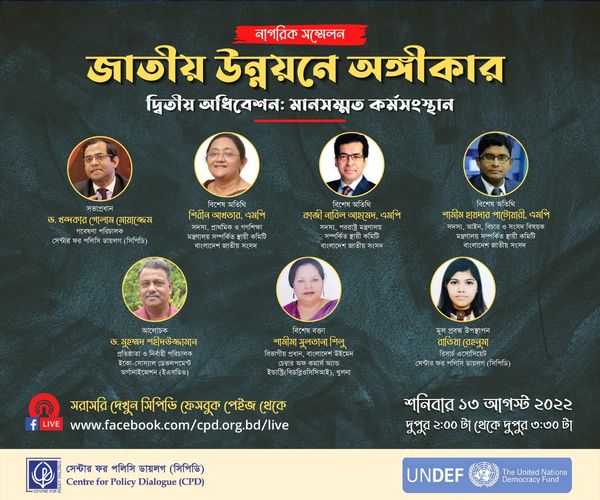 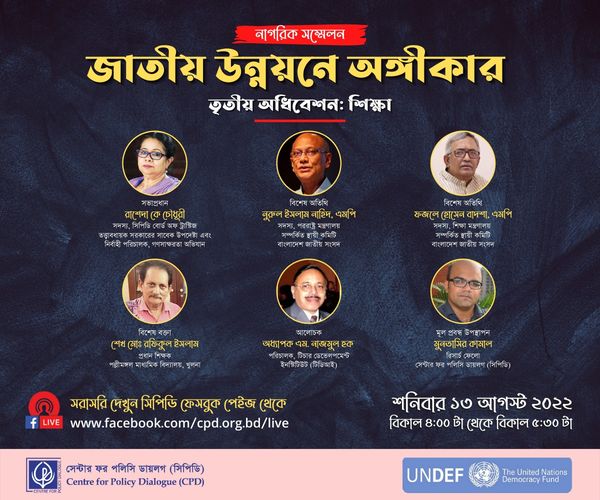 The Third session titled ‘Education’ was presided by Rasheda K Chowdhury, Member, Board of Trustee, CPD.

The session was taken part by different experts, economists, social activists and media.