Govt reschedules office hours from 8am to 3pm from August 24 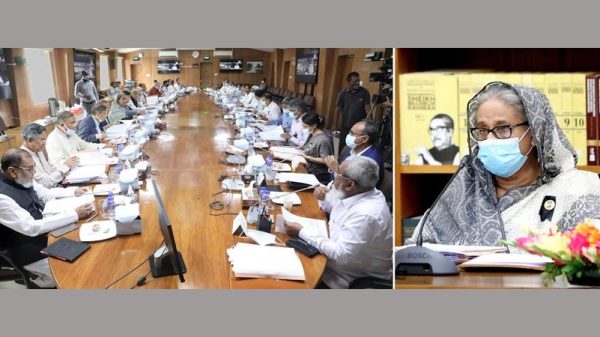 Govt reschedules office hours from 8am to 3pm from August 24

The cabinet today rescheduled all government and autonomous offices from 8:00am to 3:00pm and banking hours from 9:00am to 4:00pm aiming to reduce electricity consumption and ease traffic congestion .

The decision came at the regular cabinet meeting as the premier presided over it virtually from her official residence Ganabhaban here.

The prime minister’s other cabinet colleagues and officials concerned were present at the conference room of the Cabinet Division in Bangladesh Secretariat.

“The new office hours would be effective from next Wednesday ,” said Cabinet Secretary Khandker Anwarul Islam while briefing newsmen after the meeting at the Secretariat.

The educational institutions from now on will  have two -day weekly holidays as well, he said, adding that the education ministry will now issue a circular in this regard.

In the meeting, the cabinet also asked the power, energy and mineral resources ministry to ensure the uninterrupted electricity supply in the rural areas from midnight to dawn for the next 10-15 days so that the irrigation is not hampered.

The Cabinet directed the government offices to remove curtains from there (offices) to get natural lights as well as to use air conditioners as little as possible to cut electricity consumption, said Anwarul Islam.

In the meeting, Bangladesh Bank Governor also declared the new office hours for the banks, he added.