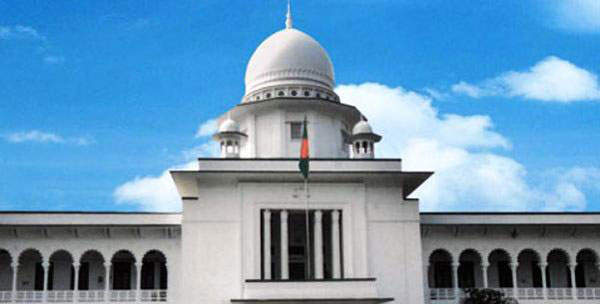 The High Court (HC) today ordered the authorities concerned to form a commission to find out the creators of false stories of corruption in the Padma Bridge construction agreement.

The court asked to form the commission within 30 days and submit a report within two months. August 28 has been set to pass an order in this regard.

Earlier, during the hearing on Monday, the court said, “Padma Bridge is our national asset, our pride. The people behind the conspiracy are against our development. The people, who oppose our national interest and development, are enemies of the country and the nation. They need to be identified.”

Deputy Attorney General AKM Amin Uddin and ACC lawyer Khurshid Alam Khan were present in the court at this time.

A hearing was scheduled for June 28 on the formation of a commission.

The High Court on February 15, 2017, issued a suo-moto rule in the wake of a report published in a national daily, asking the government to reply in two weeks as to why it shall not direct to form an inquiry committee or commission.

The court had asked cabinet, law, home and communication secretaries, chairman of Anti-Corruption Commission (ACC) and Inspector General of Police (IGP) to reply the rule within the stipulated time.

The court also asked the cabinet secretary to submit a report on the steps taken in line with the court’s order to form the commission, within 30 days. The state on March 20, 2017, in a petition pleaded to allow eight weeks time to file the report, and the court granted them time till May 7.