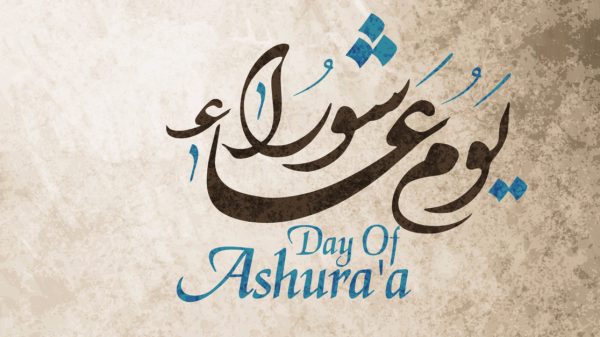 The holy Ashura, commemorating the martyrdom of Hazrat Imam Hossain Ibn Ali (RA), a grandson of Prophet Hazrat Muhammad (Peace Be Upon Him), is being observed across the country today with due religious solemnity.

Today is the 10th day of the month of Muharram in Hijri calendar. This day is well-known as the “Holy Ashura”.

It is regarded as the day of Karbala, a ‘mourning and heartbreaking event’, which has special religious significance for the Muslim community across the globe.

Muslims across the world recall the sacrifice of Hazrat Imam Hossain (RA) along with his family members and 72 followers, who embraced martyrdom in 680 AD in the desert of Karbala on the banks of the Euphrates River in Iraq while fighting for truth and justice against the Yazid forces.

Their self-sacrifice at Karbala Maidan to uphold the great ideals of Islam, the religion of peace and harmony, is shining in the history of humanity.

Noting that the Holy Ashura is a significant and mourning day for the entire Muslim Ummah, the President said the eternal words of the sacred Ashura, burning in the memory of the tragic events of Karbala, inspires us to speak out against injustice and oppression, inspire us to follow the path of truth and beauty.

Abdul Hamid hoped that the great teachings of Holy Ashura would reflect in the lives of all.

“Islam is a religion of peace and harmony. Here there is no room for confrontation, jealousy and envy,” the President added.

Prime Minister Sheikh Hasina, in her message, termed the holy Ashura as a very mournful, significant and glorious day.

She said all have to uphold the day’s significance in their hearts and participate in public welfare work from their respective positions in establishing truth and justice in the national life and build a non-discriminatory, happy, prosperous and peaceful “Sonar Bangladesh” earlier envisioned by the Father of the Nation Bangabandhu Sheikh Mujibur Rahman.

Referring to the ongoing pandemic Covid-19 outbreak, the premier said the lethal virus has reared its head again and her government is taking necessary measures to deal with this situation.

She also sought for providing continued assistance from the people of all walks of life in this regard and urged all to observe the holy Ashura with respective families at home and offer special doa so that the Almighty Allah help get rid of this pandemic soon.

Police have taken special security measures in the capital Dhaka on the occasion. The procession will be brought out with some security guidelines.

The day is a public holiday.

On the occasion, a special prayer and discussion on ‘Importance and Significance of Holy Ashura’ was held at Baitul Mukarram National Mosque yesterday at 1.30pm by Islamic Foundation. 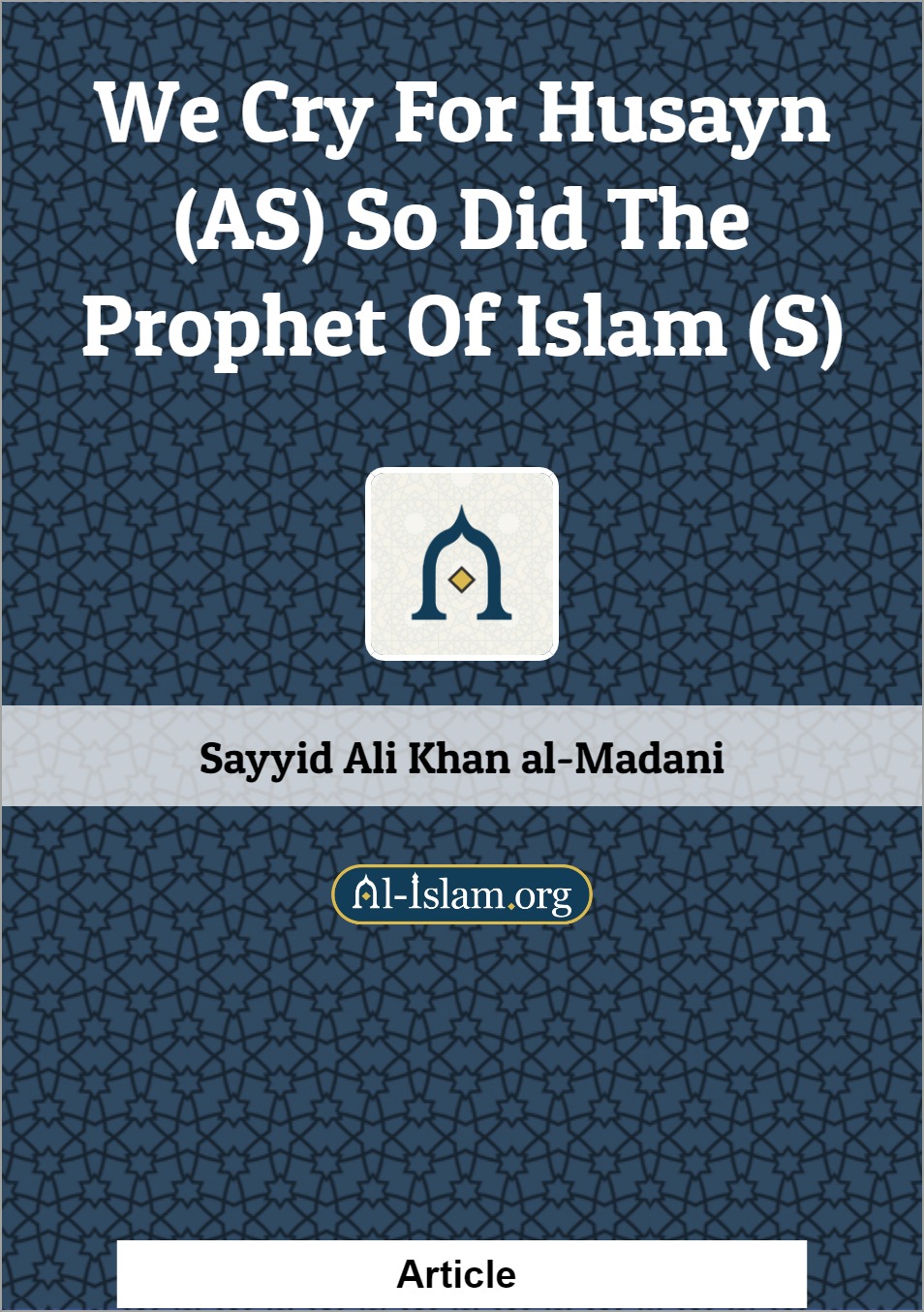 Every year, Muslims around the world commemorate the tragedy of Karbala. They attend mourning meetings and processions in which the story of Karbala is retold, lamentations are held and special poetic readers using dramatic techniques and symbolism recite eulogies to mark the events of the day of Ashura. All these commemorative meetings not only serve to convey the events and message of Karbala but also provide opportunities for us to learn about Islam in general.

Imagine, it is afternoon on the day of Ashura’. Imam al-Hussain (AS) is standing on the blood-drenched soil of Karbala in the heat of the scorching sun awaiting to meet his beloved. His head is wounded and blood is streaming slowly down his holy face soaking his blessed beard. He looks around, searching for members of his family and his companions, only to find them brutally slaughtered and slain like sacrificial lambs, lying there on the ground soaked in blood. He hears the innocent crying and wailing of the children and the women. Tears flow down his holy face. He takes a piece of cloth to wipe the blood from his face, whereupon an archer from the army of Yazid (may Allah’s curse be upon him) shoots a triple-headed arrow, which lodges into Imam al-Hussain’s (AS) heart.

He pulls out the arrow causing blood to gush out. The Holy Imam is thirsty. He cries: “O Allah, I am thirsty”, in the meantime another man approaches and shoots an arrow which thrusts into Imam al-Hussain’s (AS) throat quenching his thirst. Hilal bin Nafi’ was reported as saying: “By God I never saw a person getting killed with his own blood all over his body in a better state than al-Hussain. I was so overwhelmed by the radiance of his face that I refrained from contemplating killing him.” Even when the accursed Shimr approached Imam al-Hussain (AS) to severe his blessed head, he said: “When I approached Hussain ibn Ali and my eyes fell on him, the light of his face so gripped me that I forgot my intention to kill him.” It is reported that when Imam al-Hussain was killed, the sky rained down blood.1 It has been recorded that Imam Ja’far as-Sadiq (AS) has said:

Show me such a spectacle of human greatness in an event other than Karbala and I will commemorate its memory instead of Karbala! How can someone hear all this and not cry and mourn; even those who are not Muslims shed tears when they hear this tragedy. Even the heavens wept for Imam al-Hussain (AS).3

Let me ask you a question, if a Muslim cries over the passing away of their own relatives, then how can they not cry over the grandson of the Messenger of Allah (S)? As one of the greatest British historians, Edward Gibbon, once said: “In a distant age and climate, the tragic scene of the death of Hussain will awaken the sympathy of the coldest reader.”4

Furthermore, crying for Imam al-Hussain (AS) is considered seeking nearness to Allah (SWT) for the tragedy of Karbala is bound to the great sacrifice which Imam al-Hussain (AS) endured for the sake of Allah (SWT) and for Islam. It is only when your heart is soft and absorbable that you feel the sense of closeness to Allah (SWT). The Holy Qur’an praises crying and those who cry for a legitimate cause. The Holy Qur’an describes many of the Prophets and their followers when they cried, “When the verses of the Most Gracious were recited unto them, they fell down prostrating and weeping”5

Ahmed and Ibn al-Dhahhak narrated from Ali (AS): “I entered on the prophet (S) and his eyes were flooded, I said: Oh! Prophet of Allah, anyone made you angry? Why are your eyes flooded? He said: Gabriel just left me telling me that al-Hussain will be killed by the river Euphrates. He (the Prophet (S)) said: So he (Gabriel) said: Do you want me to let you smell his dirt (from his burial pot)? I said: Yes! He reached with his hand and grabbed and handful of dirt and gave it to me. So I could not help it and my eyes were flooded.”6

Umm Salamah has said: “al-Hussain entered on the Prophet (S), while I was sitting at the door, so I saw in the hand of the Prophet (S) something he turned over while (Hussain) sleeping on his stomach. I said: Oh messenger of Allah, I looked and saw you turning something over in your hand when the kid was sleeping on your stomach and your tears were pouring? He said: Gabriel came to me with the sand upon which he (Hussain) will be killed. And he informed me that my nation (umma) will kill him.”8

Ibn Saad, Ali bin Muhammad, Yahya bin Zakariya, a man heard it from ‘Amir al-Sha’bi say: “When Ali (as) passed by Karbalaa in his march to Siffien and lined up with Nainawa – a village on the Euphrates – he stopped and called one of them men: Tell aba ‘Abdullah (al-Hussain (AS)) what this land is called? He said: Karbala. Then he cried until the earth was wet from his tears. He then said: I entered on the messenger of Allah (S) and he was crying. So I said: What makes you cry?

He said: Gabriel was with me, just now, and informed me: that my son al-Hussain (AS) will be killed at the banks of Furat in a location called Karbala. Then Gabriel grabbed a handful of dirt and let me smell it. So I could not help it, my eyes overflowed.”9

Umm Salamah, the wife of the Holy Prophet (S) also wept for Imam al-Hussain (AS).11

In conclusion, we cry for Imam al-Hussain (AS) because so did the Prophet of Islam, Muhammad (S). Every year we continue and revive the message of Karbala by mourning and crying over the injustice which the Ahlul Bayt (AS) suffered on the plains of Karbala, and through this we renew our pledge of allegiance to the Imam (AS) and keep his noble cause alive in our hearts.