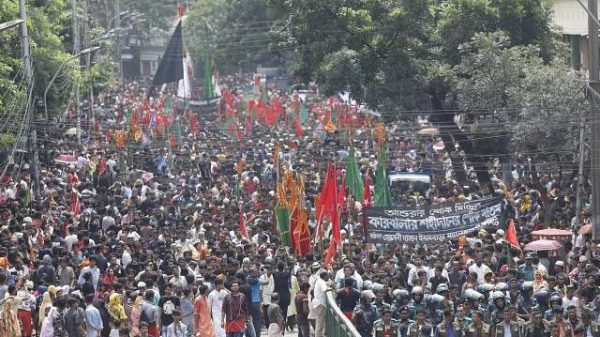 The holy Ashura, commemorating the martyrdom of Hazrat Imam Hussain (RA), was observed in the country today with due religious fervor and solemnity.

On this day in the Hijri year of 61, Hazrat Imam (RA), a grandson of Prophet Hazrat Muhammad (SM), along with his family members and 72 followers embraced martyrdom at the hands of Yazid’s soldiers in the desert of Karbala to uphold the teachings of Prophet (SM). 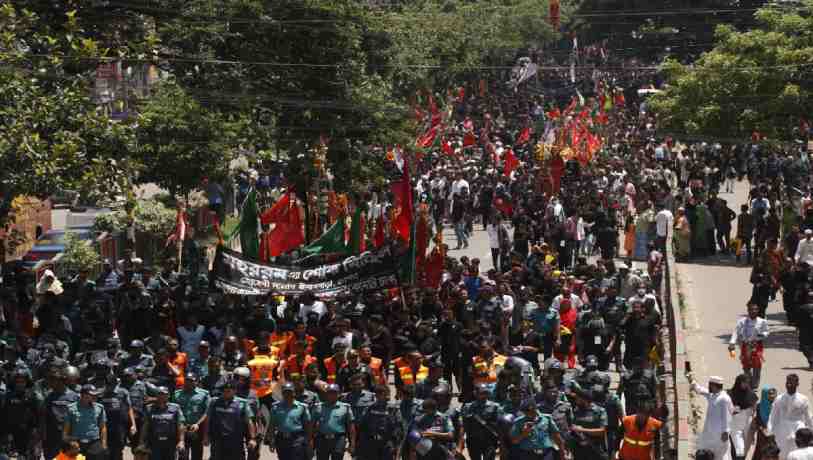 The day was observed as a symbol of “sacrifice and mourning” recalling the martyrdom of Hazrat Imam Hussain Ibn Ali (RA) in the battle of Karbala on the 10th of Muharram.

The day was a public holiday.

The Shia Muslims brought out a procession known as Tajia procession in the city from Hosenee Dalan of Old Dhaka in the morning that ended at Dhanmondi after parading different city streets.

In the procession, the Shia Muslims expressed mourning and grief by walking barefooted on the streets.

Tight security measures were taken in the capital to help observe the holy Ashura peacefully and avert any untoward incident. 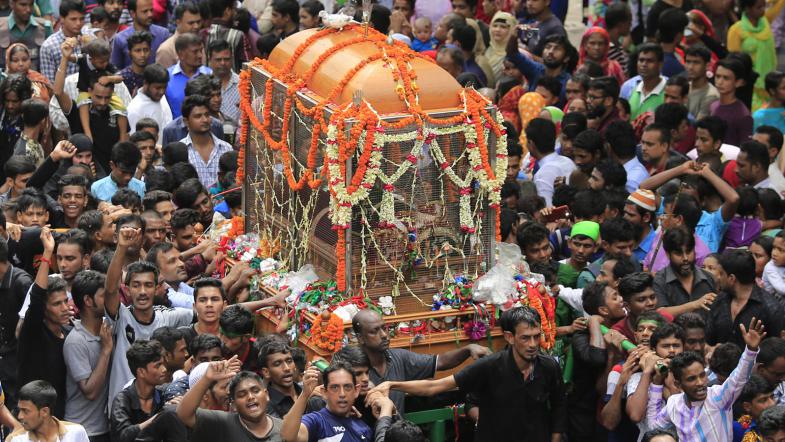 Imambara Hussaini Dalan area was brought under foolproof security with installation of CCTV cameras and archways, and no one was allowed to join the procession without search.

Earlier, the Dhaka Metropolitan Police (DMP) imposed restriction on carrying scissor, spear, sword, sticks or any sharp objects and banned firecrackers during the Tajia procession to avoid any untoward incident.