How to build concerted multilateral action on plastic pollution 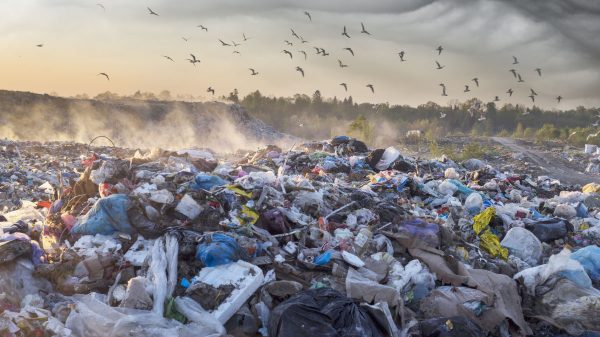 How to build concerted multilateral action on plastic pollution

Approximately 76% of all plastic produced between 1950 and 2017 has become waste. Of this plastic waste, three quarters were discarded, placed in landfills, or abandoned in terrestrial and marine environment.

Additionally, greenhouse gas emissions from plastics in 2015 were estimated at 1.7 gigatonnes of carbon equivalent and are projected to increase fourfold by 2050.

As governments grapple with how to tackle plastic pollution, its environmental and health impacts are rising across the life cycle of plastics, harming humans, polluting land, air and the sea, including our climate.

Today, it’s impossible to talk about “plastic” in the singular. Instead, we talk about “plastics” in a comprehensive and systemic manner. Plastics are big business and one of the most traded goods by all countries. UNCTAD estimates trade in plastics at $1 trillion per year, or 5% of total merchandise trade. This is 40% higher than previous estimates and involves all nations.

Growing plastic pollution on land, water and air has given impetus for multiple calls on what should and can be done within the UN and the multilateral trade system to address this problem.

Proponents of action to deal with this problem call for solutions at the source of production, at the border, at the consumer level and at disposal systems. Many say actions should follow the circular economy principles of “reduce, reuse and recycle”.

UNCTAD recently highlighted the opportunities to “substitute” problematic plastics products with natural and environmentally friendly materials, which could help enhance productive capacities in developing countries. All these actions are needed and complementary. No single action or simple solution can solve this global issue.

Tackling plastic pollution requires changes in the way we produce, trade and consume. As the international community engages in concerted political and regulatory efforts, a clear focus and set of actions must be identified.

A start could be to target hazardous plastic waste, single-use plastics, and then move to toxic, non-recyclable forms of plastics. The Basel Plastic Waste Amendments, for instance, aim to better regulate trade in plastic waste. Also, there are increasing trade and production regulations phasing out single-use plastic at the national level, particularly in small island developing states (SIDS).

At the multilateral level, more countries are calling for a new global agreement on plastic pollution, with the goal of securing a new mandate under the UN Environment Assembly.

The importance of a UN agreement on plastic pollution rests on its potential to induce orchestrated and broader national action, which could be complemented by efforts from the multilateral trade system.

UNCTAD has been mandated to “address the discharge of plastic litter and other waste in oceans and significantly reducing marine pollution of all kinds and ensuring sustainable consumption and production patterns” under the Bridgetown Covenant adopted in October.

Turning the tide on plastic pollution requires multiple and parallel responses within the UN and the multilateral trade system to succeed. It also requires bottom-up, detailed analysis and action at the domestic level, redesigning incentives towards less overall resource usage.

Discussions around a UN treaty on plastic pollution attest to the importance of broad and orchestrated action. Such a treaty could forge overarching goals, targets, and commitments to:

Complementary action by members within the multilateral trade system is essential to shift incentives from plastic trade and consumption towards increased trade of substitutes and higher provision of environmentally sound waste management services.

Tools such as addressing tariff and non-tariff measures to promote trade in plastic substitutes, phasing out subsidies to fossil fuels and polymer production and promoting investment in waste management services could provide the right signals for a faster transition.

Others are rechannelling official development assistance towards waste management and recycling, updating international standards related to plastic pollution and facilitating the transfer of innovative technologies.

Assisting developing countries in this transition is fundamental given their high consumption growth rates, especially in Africa and South Asia. Enabling private entrepreneurs to deliver more circular resource use patterns and to roll out productive capacities will help tackle the challenge.

These innovative ideas need to be seriously discussed to find the right policy mix, align efforts and promote mutually supporting action. The WTO IDP and UNCTAD consensus-building efforts opened doors for a serious and collective response under the multilateral trade system.

While plastic owes its success to its special physical properties, the response by the UN and the multilateral trade system to the plastic pollution challenge must have equivalent properties by being malleable, useful, adaptable and lightweight.