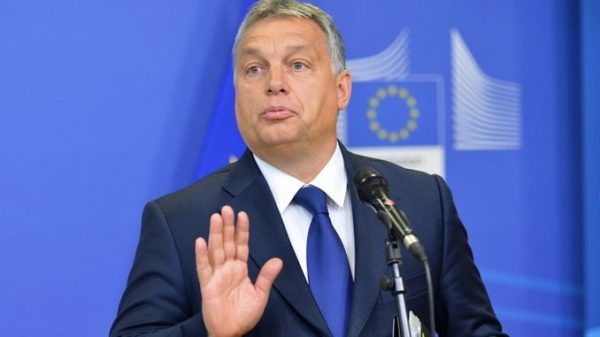 Hungarian Prime Minister Viktor Orban has blasted the European Union for imposing ill-considered sanctions on Russia, saying the bloc “shot itself in the lungs” by doing so.

“Initially, I thought we had only shot ourselves in the foot, but now it is clear that the European economy has shot itself in the lungs, and it is gasping for air,” said Orban — a long-time sanctions critic – during an interview with the local public radio on Friday.

While acknowledging that Ukraine needed help, he insisted however that European leaders should reconsider their strategy, as sanctions have caused widespread harm to the European economy without weakening Russia or helping resolve the months-long conflict.

“The moment of truth must come in Brussels, when leaders admit they have made a miscalculation; that the sanctions policy was based on wrong assumptions and it must be changed,” the Hungarian premier said.

His remarks came as gas supplies to Europe have tightened and fuel costs have surged since Russia began its military operation in Ukraine in February.

Soaring gas and electricity prices forced Orban to cut back a years-long cap on utility prices for higher-usage households on Wednesday, rolling back one of his signature economic policies.

Re-elected in April, the 59-year-old Orban also pointed out that without Wednesday’s curbs, which will trigger a jump in energy costs for households consuming energy above the national average, the entire utility price cap regime would have to be slashed.

Hungary’s populist, pro-Russia Prime Minister Viktor Orban won a fourth consecutive term in an election on Sunday, with his ruling Fidesz party taking two-thirds of seats in the country’s parliament

Prior to the April ballot, economists estimated the cost of the utility price caps at up to $3.71 billion, which along with a raft of measures that helped Orban’s re-election campaign have caused a surge in the budget deficit.

Nationalist Orban is facing his toughest challenge yet since rising to power in a 2010 landslide — with inflation at its highest in two decades, the local currency forint plumbing record lows and EU funds in limbo over a dispute over “democratic standards.”

Orban’s other decision to fast-track legislation to increase the tax rate for hundreds of thousands of small businesses this week as part of a broader drive to rein in the swelling budget deficit has led to several protest rallies in Budapest.