Japan to provide $2.665b to Bangladesh 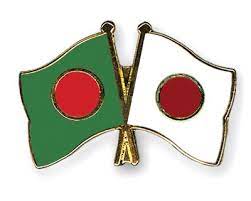 Japan to provide $2.665b to Bangladesh; ‘Exchange of Notes’, ‘Loan Agreements’ signed

Speaking on the occasion, Kamal said Japan is Bangladesh’s most trusted
bilateral friend. “Our Father of the Nation’s historic visit of Japan during
18-24 October in 1973 laid the foundation of Bangladesh-Japan relationship.
That was the beginning of the partnership which strengthened over the years,”

The Finance Minister further said that at the beginning of COVID-19
pandemic last year, Bangladesh approached Japan for budget support and it
received very quick positive response. He informed that the government of
Japan provided first ever budget support loan assistance of $320 million to
Bangladesh last year and in line with that $365 million under ‘COVID-19
Crisis Response Emergency Support Loan Phase-2 which was signed today.

Project implementation period is July 2014 to June 2023. Up to October
2021, physical progress of the project is 49% and financial progress is 51%.
JICA is providing assistance for this project in different phases. JICA has
already provided 300,502 million JPY ($2.63 Billion) in 5 tranches. Under
this 6th tranche of ODA Loan for this project, JICA will provide 137,252
million JPY ($1.20 Billion).

The Notun Bazar Station will have an inter-connection with the MRT Line-5.
The 11.369 kilometer long Purbachal Route of MRT Line-1 will have 9 stations.
The detail study, survey and basic design have been completed for both the
routes. Now detailed design is going on. The total estimated cost is of the
project is Taka 52,561.43 crore (GOB Taka 13,111.11 cr +JICA Taka
39,450.32cr) and implementation period is September 2019 to December 2026.

JICA is providing assistance in different phases to implement this
project. Earlier JICA has provided 5,593 million JPY ($49.06Million) for
Engineering Services and 52,570 million JPY($461.16 Million) for
Construction. Under 2nd tranche of this ODA Loan, JICA will provide 115,027
million JPY ($1.10 Billion).

COVID-19 Crisis Response Emergency Support Loan Phase 2: The objectives of
the Program are to realize resilient health system through concessional
financing by supporting smooth implementation of the policies to strengthen
COVID-19 response capacity in health sector, to enhance economic and physical
access to health services towards the achievement of Universal Health
Coverage and to improve health finance thereby contributing to promotion the
economic stabilization and development efforts of the country.

Bangladesh is going to get such budget support of 40 Billion JPY ($365
million) with interest rate 0.55%, Front End Fee (at a time)0.2%, repayment
period is 30 years which includes 10 years grace period. Finance Division is
the executing Ministry for budget support and Ministry of Health and Family
Welfare will implement policy actions under the loan.