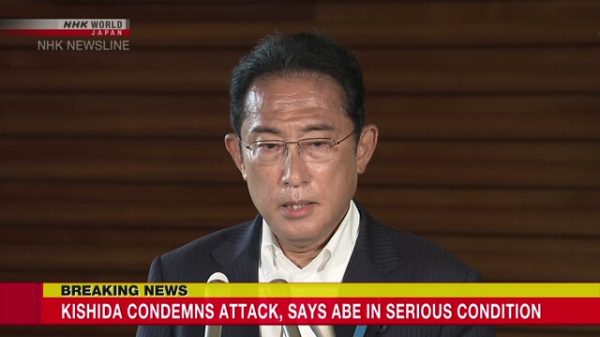 Kishida said, “It is such a despicable act that took place during an election period, which is the foundation of democracy. It is totally unacceptable. I condemn the act in the strongest possible terms.”

Kishida added that it is important for the government to prepare to take all necessary measures to deal with any possible situation.

Kishida arrived at the Prime Minister’s office at 2:30 p.m. by helicopter from Yamagata Prefecture where he was campaigning for the upcoming Upper House election.