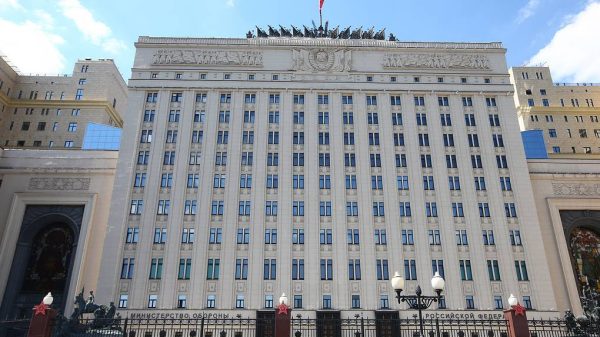 “Special attention was given to the state of affairs on the negotiating track, which is frozen because of Kiev. Vladimir Putin confirmed Russia is open to resuming the dialogue,” the statement said.

Putin, in a telephone conversation with Macron and Scholz, stressed the danger of pumping Ukraine with Western weapons, the Kremlin press service said.

“The Russian President also highlighted the issue of dangerous ongoing pumping of Ukraine with Western weapons, warning of the risks of further destabilization of the situation and aggravation of the humanitarian crisis,” the statement said.

Problems with food supplies were caused by anti-Russian sanctions and other mistakes of the West, Russian President said in a telephone conversation, the press service reported.

“Based on specific data, Vladimir Putin explained the real reasons for the difficulties with food supplies, which were the result of the misguided economic and financial policies of Western countries, as well as the anti-Russian sanctions they imposed,” the statement said.

The Kremlin noted, “Russia is ready to help find options for unhampered exports of grain, including exports of Ukrainian grain from the Black Sea ports”. “Increasing supplies of Russian fertilizers and agricultural products will also help reduce tension on the global food market, which, of course, would require removing the relevant restrictions,” the statement said.

“The leaders agreed to continue contacts,” the Kremlin said.

Russian Foreign Minister Sergey Lavrov said earlier, the global food crisis happened long before the start of the military operation in Ukraine, due to factors such as the pandemic, and miscalculations of Western countries. At the same time, Lavrov added that the current situation has exacerbated the problem, and Western sanctions have become one of the key reasons for the disruption of food supplies, which worsened the crisis.

WASHINGTON, May 29. /TASS/. Accusations that Russia instigates genocide in Ukraine spread by US mass media are part of a campaign to demonize Russian Armed Forces, the Russian Embassy in the US said.

“We paid attention to the report of the New Lines Institute for Strategy and Policy NGO spread in the US mass media, placing the blame on Russia with instigating genocide in Ukraine. Next anti-Russia insinuations are an element of a campaign orchestrated by the West to demonize Russian Armed Forces,” the Embassy said.

“Affairs are quite opposite on the spot,” the Russian diplomatic mission said. “Humanitarian aid is being built up in Ukrainian areas controlled by Russian Armed Forces,” diplomats noted. “The Russian side guarantees security of humanitarian corridors,” the Embassy added.

WASHINGTON, May 28. /TASS/. Russian ambassador to the US Anatoly Antonov on Friday said the food crisis, which had been unfolding for the past couple years, worsened due sanctions on Russia by the US and its satellites.

“The crisis was further exacerbated due to the introduction by Washington and its satellites of illegitimate sanctions against Russia,” he said in statement released by the Russian embassy in Washington. “Despite the references of US officials to exemptions from the restrictions, which allegedly provide for the opportunity for our country to trade in farm goods, domestic exporters often don’t have a chance to make shipments.”

“They face blocked payments, denials of loans and insurance, problems with booking freight ships, purchase of farm equipment and even seeds,” he went on to say. “In addition, the US continues to increase import taxes on our fertilizers.”

Antonov described such actions as “the utmost hypocrisy” and called the US attempts to blame Russia for the food crisis as absolutely unfounded.

“We urge a halt to shifting the blame,” he continued. “Russia is committed to its export obligations and is ready for negotiations to resolve this most serious problem, including through the UN.”

The diplomat also said that difficulties in the food market have been building up for a long time, at least over the past two years. “They are associated with miscalculations and systemic errors in the macroeconomic policy – primarily financial and foreign trade policies – and energy and food policies of Western countries,” he said. “At the same time, the COVID-19 pandemic has led to significant disruptions of supply chains.”

“Freight costs have almost doubled,” he continued. “Naturally, all this couldn’t not fail but lead to a sharp increase in food prices. Wheat prices increased by a quarter over 2021.”

The Wall Street Journal earlier reported that UN Secretary General Antonio Guterres is negotiating with Russia and Ukraine to unblock the export of Ukrainian grain through the Black Sea in exchange for the lifting of a number of sanctions that hinder the export of Russian fertilizers. Permanent Representative of the Russian Federation to the UN Vasily Nebenzya and Permanent Representative of the United States Linda Thomas-Greenfield confirmed that there are talks on resuming the exports of Ukrainian grain and Russian fertilizers to the global market. However, the sides insists that these issues are discussed separately from each other and don’t assume any exchanges.

“KOGAS has no issues with Russia at the moment. If the situation changes in the future, KOGAS will discuss it with the Russian side in good faith in order to resolve an issue,” the source said.

They noted that energy resources were not initially subject to sanctions, thus KOGAS was not supposed to have any problems. Meanwhile, long-term contracts are being implemented, deliveries from Russia have the same volume as before and the payment is done in dollars through a US bank and then another one in Japan. The company has not received a demand to pay in rubles. KOGAS also does not have LNG projects with Russia that had to be canceled or postponed.

The long-term contract between KOGAS and the Russian side includes a purchase of 1.5 million tonnes of LNG a year, which was about 4% of the company’s purchases in 2021.

On February 24, Russia launched a special military operation in Ukraine after the breakaway republics of Donetsk and Lugansk requested help to defend them from intensifying attacks by Ukrainian troops. Western countries and their allies, including South Korea, responded by imposing comprehensive sanctions against Russia and vowed to reduce dependency on Russian energy.

MOSCOW, May 28. /TASS/. Nationalists intend to open fire on Russian territory and blow up chemical tanks in the city of Sumy in order to pin the blame for a chemical weapons attack on Russia, Colonel-General Mikhail Mizintsev, chief of Russia’s National Defense Management Center, said on Saturday.

“According to the intelligence received from captured Ukrainian soldiers, the militants of nationalist battalions are preparing another provocation with hazardous chemicals in the city of Sumy,” said Mizintsev, who heads the Russian Joint Coordination Headquarters in Ukraine.

Mizintsev pointed out that “neo-Nazis have plans to shell the border areas of the Russian Federation from the city’s (Sumy – TASS) residential area to trigger Russian units to return fire, and then they will blow up tanks with hazardous chemicals.”

“The Kiev authorities are going to use this cynical action to blame the Russian armed forces for the alleged use of chemical weapons and for indiscriminate strikes against civilians,” the top brass said.

According to Mizintsev, foreign reporters are in Sumy for photo and video shooting.

MOSCOW, May 29. /TASS/. The Zaporozhye Region in southern Ukraine needs about four months to give up the Ukrainian hryvnia and switch over to settlements in Russian rubles, member of the chief council of the regional military-civil administration Vladimir Rogov told TASS on Sunday.

“In our specialists’ estimates, we will need about four months or, perhaps, slightly less, to completely get rid of the hryvnia,” Rogov said.

The Zaporozhye Region is re-setting peaceful life on its territory, the regional official said. During the past three months, there were periods when the hryvnia was no longer in circulation while the rules were unavailable yet. The hryvnia was inaccessible as the Ukrainian authorities and banks immediately blocked any possibilities for people to get money, he explained.

‘That is why, we greatly welcomed the initiative by [Russian] President Vladimir Putin to pay out 10,000 rubles [about $150] to each person from vulnerable groups of the population, first of all, retirees, families with many children and other categories. Today these payments are underway and thousands of people have received these payouts and these funds help re-launch the economy,” he said.

The member of the chief council of the regional military-civil administration earlier said that 70% of the Zaporozhye Region had been liberated. However, the Ukrainian military is still holding the city of Zaporozhye – a regional center where almost a half of the regional population lives.