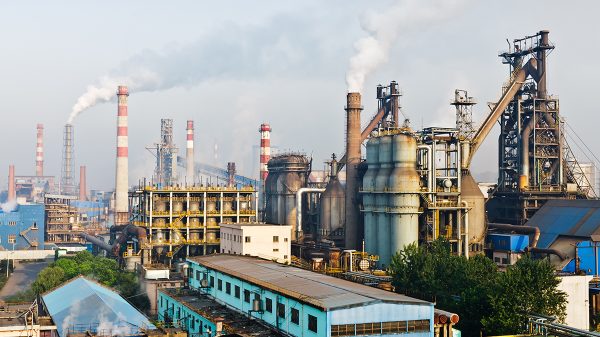 The study assesses the export-associated pollution generated by the manufacturing sector, a key driver of economic growth.

Trade is a fundamental driver of economic growth, job creation and poverty reduction, but it can exact a huge environmental cost if the right checks and balances are not in place.

A new UNCTAD report published on November 10 2021, funded by the UK Foreign, Commonwealth & Development Office (FCDO), looks at how export-oriented production and manufacturing in sub-Saharan Africa and South Asia can be more sustainable through better controls and circular economy approaches.

As countries in these regions accelerate efforts to become more productive, they also need to mitigate against negative impacts on the environment and human health brought by production linked to manufacturing sectors.

The report, “The Role of Exports in Manufacturing Pollution in sub–Saharan Africa and South Asia: Towards a Better Trade-Environment Governance”, focuses specifically on the lifecycle impacts of product exports in the local environment, and public and private governance aspects associated with manufacturing activities in the two regions.

“It is fundamental that production and exports from developing countries occur in a sustainable way. This is key to ensure enduring competitiveness in world markets increasingly aware of the environmental imperative,” said UNCTAD Secretary-General Rebeca Grynspan.

The report is timely as economic growth rates in sub-Saharan Africa and South Asia are among the highest in the world.

“Countries in those regions are developing productive capacities in the manufacturing sector, increasingly adding value to their products, which is positive,” Ms. Grynspan said. “But it is also critical that growing manufacturing investment is infused with sustainable practices and processes that take heed of the UN’s Agenda 2030.”

Ms. Grynspan added that the impetus behind green manufacturing is growing, alongside trade opportunities linked to the consolidation of free trade areas and regional trade agreements, such as the African Continental Free Trade Area.

The report identifies the role of trade and value chains in driving manufacturing pollution in 13 nations. These include Bangladesh, the Democratic Republic of the Congo, Ethiopia, Ghana, Kenya, Nepal, Nigeria, Pakistan, Rwanda, Senegal, Uganda, Tanzania and Zambia.

It also analyzes the lifecycle impacts of key export sectors, such as food processing, tanneries and textiles, which are being supported by the Sustainable Manufacturing and Environmental Pollution (SMEP) programme established by the FCDO and implemented in partnership with UNCTAD.

The report says pollution linked to production can act as a negative drag to the development process.

“The trade-growth-pollution nexus has been increasingly underlined in trade policies and treaties worldwide, putting pressure on nations to improve environmental standards and reduce adverse effects,” said Henrique Pacini, a UNCTAD economist and one of the report’s authors.

“Environmentally sound production not only tackles the problem at source, improving both ecosystems and the health of exposed workers and populations, but also matters for competitiveness and market access abroad,” he said.

This is why, the report argues, it’s critical to understand the impacts of current practices, so focused interventions and improvements can be made, particularly in the SMEP countries.

Alessandro Sanches-Pereira, director of Instituto 17 and the report’s coordinator, said the pollution impacts were measured using two “system boundaries” – a cradle-to-gate view, considering value-addition at both upstream and midstreams; and a gate-to-gate one, factoring in only the midstream (manufacturing stage) (see figures 1 and 2).

“The results give us a unique view on the different types of pollution from export-oriented manufacturing, as well as their environmental impacts, which will help companies and nations manage their negative impacts,” he said.

The report outlines several recommendations on how countries can improve the lifecycle of export processes and embrace different sustainability principles in public and private governance to increase resource circularity and limit pollution.

Health and environmental impacts in regions

Within the manufacturing sector, two key polluting industries have been identified as the most likely to threaten the environment and human health in the regions: Food and beverages in sub-Saharan Africa and textiles and wearing apparel in South Asia.

Health impacts from both direct exposure or indirect environmental contamination could involve both carcinogenic and non-carcinogenic effects. Many chemicals used to make textiles cause health problems and textile effluent is linked to illnesses that reduce life expectancy and productivity.

The report emphasizes that SMEP countries should invest in sustainable manufacturing to not only to meet global demand for more sustainable production and exports but also for their own good.