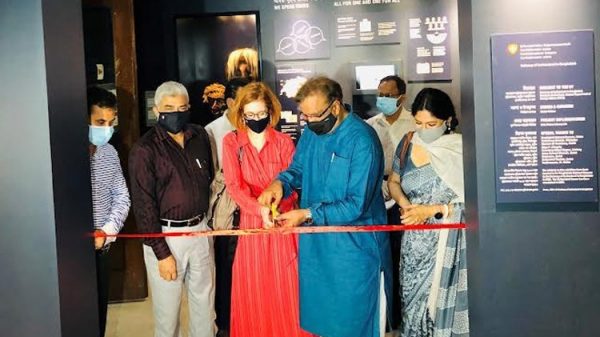 The newly redesigned “Switzerland Corner” at
the World Civilization Gallery of the National Museum of Bangladesh here was
launched today.

During the inauguration, the state minister highlighted the importance of
further enhancing bilateral relations between Bangladesh and Switzerland and
also expanding cooperation in the areas of art and culture.

While inviting everyone to visit the corner to learn more about her
country, Ambassador Chuard said the Swiss Corner at the National Museum is a
milestone of Switzerland’s growing ties with Bangladesh.

The Switzerland Corner, featured over 100 Swiss artefacts and multimedia
displays, provides a great opportunity to learn not only about the country’s
longstanding and broad-ranging partnership with Bangladesh, but also about
Switzerland’s values.

This permanent exhibition, accessible to all museum visitors, portraits the
Switzerland’s unique characteristics – a dynamic and prosperous country which
is thriving on innovation and its rich cultural heritage, playing an active
role in global affairs, committed to sustainable development, said a Swiss
embassy’s press release here.

This corner is launched at a time when Switzerland and Bangladesh are
gearing towards celebrating the 50th anniversary of their bilateral relations
next year.

Over the past five decades, the relationship between the two countries has
expanded manifold in the fields of humanitarian and development cooperation,
economic and political relations as well as cultural exchanges, said the
embassy release.