No scope for Khaleda’s treatment abroad as per law: home minister 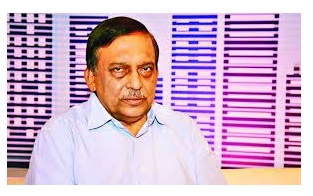 No scope for Khaleda’s treatment abroad as per law: home minister

Home Minister Asaduzzaman Khan Kamal today said there is no legal scope for allowing BNP Chairperson Begum Khaleda Zia, a convict in corruption case, to go abroad for treatment as per the law minister’s observation.

“The law ministry has made it clear that there is no legal scope to allow BNP chairperson Khaleda Zia to go abroad for medical treatment,” he told reporters after a meeting on narcotics control at his ministry conference room here.

“We are discussing the next steps about the matter. So, you must understand our position,” he added.

However, the home minister said the final decision has not been made yet, adding, “We saw it. We are reviewing it. We will discuss it further. It is clear that we need to talk more about it.”

“Khaleda Zia is a convict and her sentence was being carried out. We were giving her the highest medical care here,” said Kamal.

The minister, however, said that Khaleda Zia’s younger brother Shamim Eskander gave a letter seeking permission to take her aboard for treatment following which the law minister has given his opinion.

Earlier, the government extended release period of Khaleda Zia on conditions that the convicted BNP Chairperson will receive treatment staying at her own residence in Dhaka and not travel abroad during the period.

The court also fined them Taka 10 lakh each in default have to suffer more six months in jail.