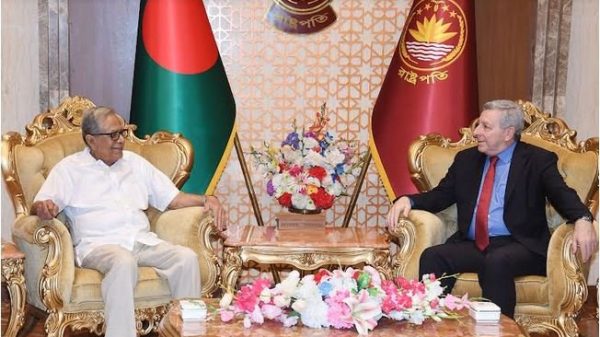 During the meeting, the outgoing Brazilian ambassador expressed his gratitude to the President for his cooperation during his assignment
in Dhaka, President’s Press Secretary Md Joynal Abedin told BSS later.

The President said the prospects for expanding bilateral and trade relations between Bangladesh and Brazil are very bright.

President Hamid thanked the outgoing ambassador of Brazil for his successful tenure in Bangladesh.