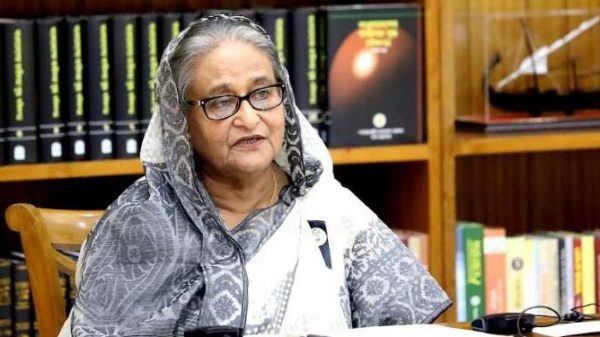 Prime Minister Sheikh Hasina today asked the new BCS cadres to utilise their intelligence to ensure country’s sustainable development, reiterating her government’s pledge to give the countrymen an improved and beautiful life.

“I want the young officers to work to forward the country applying their minds and intelligence in more effective way. —A special focus should be given to ensure country’s sustainable development,” she said.

She said this while joining virtually the certificate distribution among the trainees of the 73rd foundation training course and its closing ceremony held at the Bangladesh Civil Service (BCS) Training Centre, Savar, from her official Ganabhaban residence here. 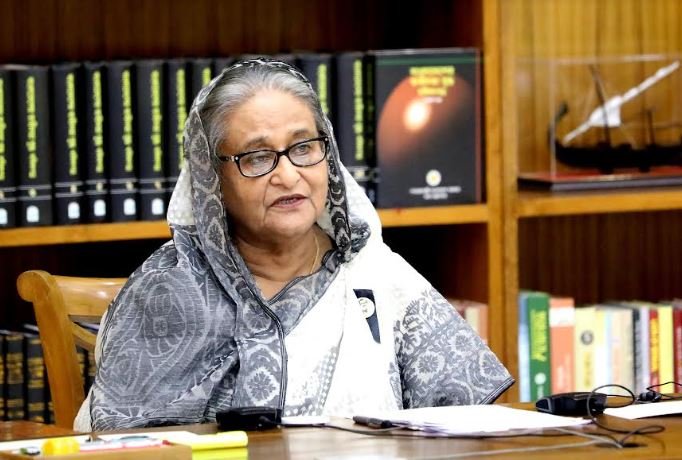 The prime minister said her government’s only target is to ensure a developed and beautiful life for the countrymen by transforming Bangladesh into a developed and prosperous country by 2041.

Describing the fresh BCS cadres as the main soldiers of 2041, she said, “I am planning to make Bangladesh a developed and prosperous country and you will have to implement it as I will not be alive forever because I am getting old.”

She said you have to work for implementing Delta Plan-2100 formulated by this government, continuing that her government already started executing it to protect Bangladesh from the adverse impact of the climate change.

“You will have to work with dedication for the welfare of the country and the people,” she said.

She also said the fresh BCS officers will have to set priorities for area base solutions as all regions of the country are not facing the same problems.

The premier told the fresh BCS cadres that her government is establishing 100 special economic zones across the country mainly to set up industries in a planned way to protect the limited arable lands.

She said her government has attached priority on establishing food processing industries on the basis of locally produced food aimed at expanding export baskets for coming out of dependency on one or two export items.

The prime minister asked the new officers to go to the grassroots and work as servants of the people to ensure their welfare as you all are bound to serve the people as per the country’s constitution.

The premier said her government has been working to build a pro-people and efficient public administration for which she even changed the name of the ministry.

She asked the new officers to work for the welfare of the country and its people with a sense of belonging.

“You will have to work bearing in mind that the people and the country are yours. All will be fine if the masses remain well. Bangladesh will be developed if their living standard is improved,” she added.

The premier asked them to follow the ideal of Father of the Nation Bangabandhu Sheikh Mujibur Rahman in running the state.

She also asked the fresh officers to expedite uplift works for ensuring country’s overall development while it turned into a hunger-and-poverty free country as envisioned by Father of the Nation Bangabandhu Sheikh Mujibur Rahman.

Sheikh Hasina said since the world is changing constantly, the officers must cope with the changes and should familiarize themselves with the new technologies ahead of the fourth industrial revolution.

She said anyone can know the Liberation War history or how much struggle and sacrifice Bangabandhu endured for achieving country’s independence by reading Amar Dekha Naya Chin (The New China as I Saw), and the volume of books on the Pakistani intelligence reports against Bangabandhu since 1948.

As part of the initiative to give people a better life, she said her government has taken Ashrayan project to provide houses to every landless and homeless people marking the birth centenary of Father of the Nation Bangabandhu Sheikh Mujibur Rahman.

The prime minister thanked the government officers for working sincerely in implementing the housing project.

She said her government has been working to address the sufferings of the countrymen utilising its limited resources under the fallouts of the Coronavirus and Russia-Ukraine war.

“The Coronavirus already rattled the world economy. And at this right moment, Russia-Ukraine war began which brings suffering for the people of our country. We’re trying hard to minimise the sufferings using our limited resources,” she said.

On behalf of the prime minister, the state minister for Public Administration later distributed certificates and medals among the first, second and third position holders in the merit list.

Two officers, I Mohammad Hasan and Farzana Yasmin also spoke at the function on behalf of the trainees.