PM stresses export instead of remittance to earn foreign currencies 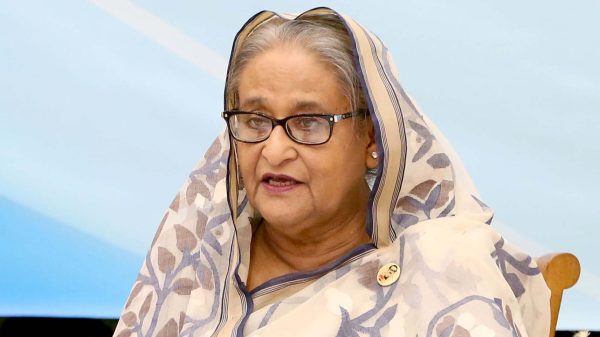 PM stresses export instead of remittance to earn foreign currencies

Prime Minister Sheikh Hasina today underlined the need for focusing on export to earn foreign currencies instead of depending on remittance.

“We have to more focus on export to earn foreign currencies instead of only depending on remittance,” she said.

The Bureau of Manpower Employment and Training (BMET) organised the function at the Osmani Memorial Auditorium in city.

“We have to take initiatives to earn foreign currencies by making local products multidimensional to find out fresh markets abroad,” she said.

The premier said some people of the country are making illogical comments and spreading rumours about the foreign currency reserve, adding it is common that the reserve would be more or less.

“I believe, it is enough to have foreign currency reserve to purchase food for three months,” she continued.

But, she said Bangladesh has to shrink dependency on other countries for consumer products and food items.

“We can utilise properly the people and fertile lands we have. We have to modernise the process of preserving foods and establish food processing industries largely,” the prime minister said.

In such way, the demand of the local markets would be fulfilled and locally made products can be exported to earn foreign currencies, she added. 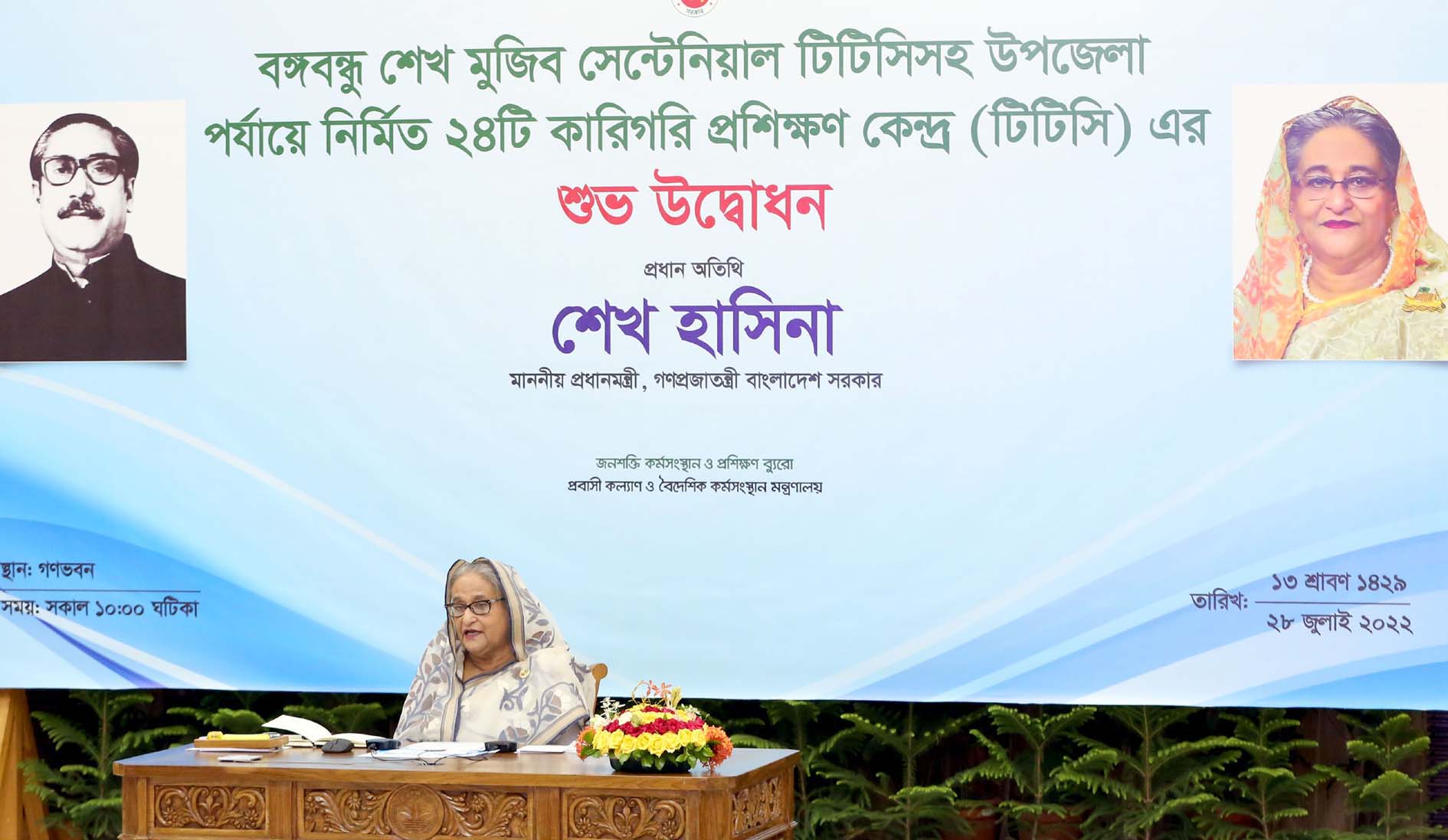 A documentary on the TTCs was screened at the function.

Sheikh Hasina said her government has sent 963,0505 workers abroad and received USD 21.03 billion as remittance during the FY 2021-22 which is five times higher than that of the FY 2005-06 during the BNP-Jamaat alliance government.

Due to corruption, irregularities and syndicate, the numbers of sending manpower abroad during the BNP regime had reduced significantly and they had only sent 2,52,0902 workers in FY 2005-06, she said.

The premier asked the people who are now criticising the government about foreign reserve to realise what situation was in Bangladesh during the BNP-Jamaat alliance government.

Rather, the Awami League government has expanded the overseas job markets in 55 countries and increased manpower exports many folds, she said.

The premier emphasised giving proper training based on vocational, technical and science to the Bangladeshi people as they can cope with the advanced technologies and fourth industrial revolution to meet the growing demand of skilled manpower at home and abroad.

In this connection, she said 100 economic zones are being set up across the country which will also require skilled manpower.

She asked the authorities concerned to focus on providing training on how to drive heavy vehicles considering its huge demand abroad.

“Home ministry is entrusted with issuing passports while foreign ministry to find out new labour markets, industries ministry to give certificate and the expatriates’ welfare and overseas employment ministry will send manpower abroad. Each of these ministries should work together,” she opined.

She also suggested forming a committee with a representative of each of the ministry to ease the works relating to sending manpower abroad.

The premier called for including civil aviation and tourism ministry to this end.

Sheikh Hasina also asked all concerned to make sure that the expatriate Bangladeshis can easily send their earnings to the country through banking channels as many of them are now facing difficulties in doing so and allured to send money through illegal means that included Hundi.

The concerned ministries can work together with consultation of Bangladesh Bank in this regard, she added.

She also suggested employing an officer to oversee the wellbeing of the expatriate workers.

The premier asked the young generation not to fall into the clutches of brokers being allured by their false promises.

The foreign job seekers in many cases have lost everything including their lives and money collected from selling their ancestral houses and lands being caught by the manpower brokers, she said.

She asked all to go abroad for jobs by taking loans from the Probashi Kallayan Bank, saying that loans are being disbursed from the bank without any security.

She hoped that more skilled manpower would be sent abroad through imparting them with proper training at the upazila level TTCs.

With setting up 40 more TTCs and one IMT, a total of 104 TTCs and seven IMT would be established across the country which would make the capacity of giving training to nine lakh people.

While the world is reeling from the economic meltdown due to Coronavirus pandemic, then the Russia-Ukraine war pushed the globe into another trouble, she said.

“The war is meaningless as I can see that they who are producing arms, become beneficial from the war and the life of commoners are getting helpless,” she said.

The war and subsequent sanctions and counter sanctions have put the world into economic risk, she said.

The premier said the developed countries are also now facing difficulties and they are now in trouble with preserving power and energy, alongside ensuring food security and they are now taking various measures to tackle the situation.

“Such obstacles are very regretful when the countries like us are trying to move towards development and reach a destination. It will not be wise for us to stop here and we have to march ahead,” she opined.

Bangladesh is following the strategy of saving energy likewise other countries across the globe, she said.