PM stresses usage of all water bodies for fisheries 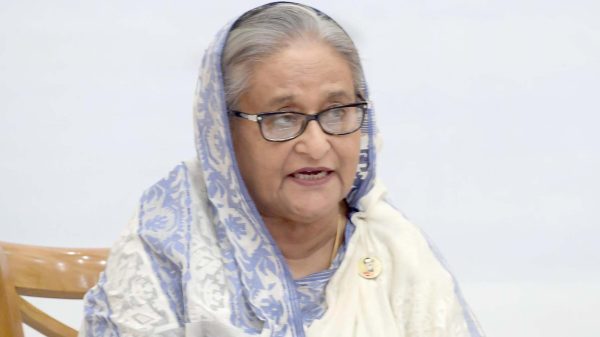 PM stresses usage of all water bodies for fisheries

Opening the National Fisheries Week, the premier expected the fish to be major component to expand the country’s export basket with increased production after meeting the domestic protein demands.

“I believe that we will have no (fish) scarcity and be able to expand export basket incorporating this item (in a larger volume) if people having water-bodies give an extra emphasis on fish farming,” she told the inauguration of National Fisheries Week-2022. 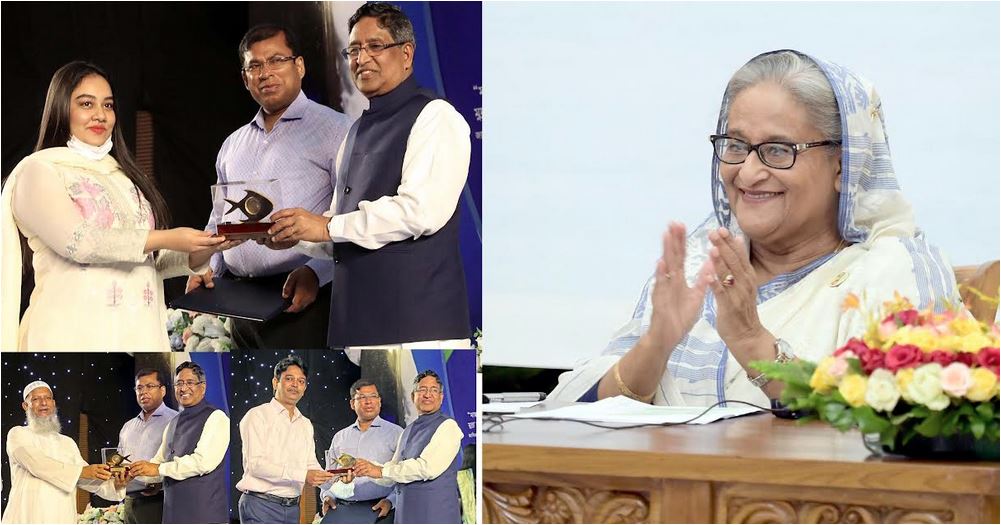 The premier joined the ceremony at Bangabandhu International Conference Centre (BICC) arranged by the Department of Fisheries appearing in a virtual platform from her Ganabhaban official residence when she also distributed National Fisheries Award of the year.

According to the Food and Agriculture Organisation (FAO), Bangladesh became third largest fish producer in 2018 while in 2020, the UN organisation reported the country’s position stood at 11 percent in capture fisheries alone.

Sheikh Hasina stressed the need for establishing food and fish producing industries in the 100 economic zones being set up across the country.

She also urged the young generation to join hands to establish the industries to help generate employment and increase the number of export items and foreign exchange earnings.

“If we can establish processing industries and process fish, many countries will import those. We can also export various items produced from fish. It will meet our local demands and increase foreign earnings alongside generating employment largely,” she said.

The prime minister heavily came down on the people who are making wholesale criticism saying Bangladesh will face the same situation which Sri Lanka is now facing without realising the essence of the world context under the fallouts of the Covid-19 and Russia-Ukraine War.

She added: “Let them say that everything will be ruined. But, we are doing our tasks to move Bangladesh forward. The country must advance as the people are always with us and we have trust in them.”

On behalf of the premier, the agriculture minister handed over medals to 21 persons and organisations.

Seven of them have received gold medals for their significant contribution to increasing fish production, generating employment and earning foreign currency.

A video documentary on the development of the country’s fisheries sector under the dynamic and visionary leadership of Prime Minister Sheikh Hasina was screened at the function.

The “National Fisheries Week-2022” has began across the country from July 23 (Saturday last) and will continue till July 29 with the theme of “Nirapad Machhea Varbo Desh, Bangabandhur Bangladesh (The country will be filled with safe fish, Bangabandhu’s Bangladesh)”.

Earlier in the morning, the prime minister released fish fries into the Ganabhaban lake following the footsteps of Father of the Nation Bangabandhu Sheikh Mujibur Rahman. Fisheries and Livestock Minister SM Rezaul Karim, was present, among others.

Sheikh Hasina said she has given topmost priority on conducting research after forming the government in 1996, adding that they have established Shrimp Research Institute in Bagerhat in the same year.

Hilsha Research Institute was later established in Chandpur following the footsteps of Father of the Nation, she said.

She also said her government stressed research to find out the way to protect species of native fishes, which are naturally found in the rivers, canals, water-bodies (khal-beel, haor-baor), from extinction.

“We are now getting the results of the research. We have been able to be self-reliant in producing fishes of fresh water while local endangered varieties of fishes returned again. It is now meeting our nutrition demand and creating huge employment,” she said.

The prime minister said Bangladesh is currently producing huge fish surpassing its demand, adding, “We’re getting scope to have fish abundantly although it is enough to intake 62 gram of fish for a person to meet the protein demand.”

She said fishes are the safest sources of protein in comparison to meat for leading a healthy life.

The prime minister called upon all not to catch mother Hilsha during their breeding time and jhatkas (fries of Hilsha) to boost the production of Hilsha, saying that her government has arranged alternative employment (for fishermen) alongside giving various incentives.

She asked the authorities concerned to stop netting fries of shrimps in coastal areas like Cox’s Bazar and Teknaf as many other species are on the verge of extinction due to it.

The premier urged all particularly the young generation to set up more hatcheries in the coastal areas.

She said that there is a huge potential of haor areas for fish farming alongside producing paddy, adding that Bangladesh has also many water-bodies such as baor, khal-beel, and rivers.

If the water-bodies are properly used for fish farming, there would be no fish scarcity in Bangladesh, she added.

The prime minister asked the fisheries and livestock ministry to take prompt and effective measures in producing fishes in the southern part of the country as the Padma Bridge has already been constructed with own finance confronting all odds.

“We’re giving the world a message by building the Padma Bridge by our self-fund that Bangladesh also can,” she added.

The premier said that she wants Bangladesh to move ahead further towards a developed and prosperous Sonar Bangla free from hunger and poverty as envisioned by the Father of the Nation.