PM to handover 26,229 abodes to homeless families on July 21 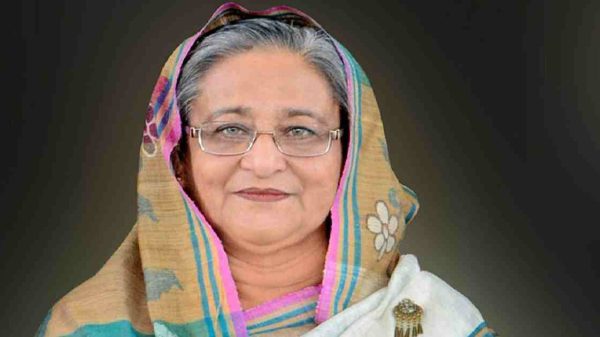 PM to handover 26,229 abodes to homeless families on July 21

Prime Minister Sheikh Hasina will hand over the houses virtually tomorrow under the third phase of the Asrayan-2 project, said Prime Minister’s Principal Secretary Dr Ahmad Kaikaus at a press conference at the Prime Minister’s Office (PMO) on Monday.

The premier will be connected virtually from her official Ganabhaban residence with five places in five districts, he mentioned.

Ahmad Kaikaus informed that Prime Minister Sheikh Hasina will also announce 52 upazilas, including all upazilas of Panchagarh and Magura districts, as homeless and landless free upazilas.

He said a total of 67,800 more single houses are being handed over across the country under the third phase of Ashrayan-2 Project.

According to the project details, a total of 1,17,329 single houses were constructed under first and second phases of the project while 1,85,129 houses were allotted till 2021-2022.

On January 23 in 2021, 63,999 homeless and landless families received houses under the first phase and 53,330 families got a roof over their heads under second phase of the Ashrayan-2 Project on June 20 last year.

At the third phase of Ashrayan-2, the government has raised the cost and brought changes in design to make the houses more sustainable and climate-resilient.

Now the landless and homeless people will get better quality tin-shed semi-pucca houses on two decimals of land.

The government is constructing the houses having strong great-beam, lintel and Reinforced Concrete Column (RCC) pillar for making the houses more sustainable.

Ahmad Kaikaus informed that Taka 4,028.96 crore was allocated for construction of single houses till the fiscal year 2021-22.

Some 1,242 specially designed houses have been allotted for char region under the third phase, he mentioned.

Special design for portable houses has been made so that the houses can be shifted to other places in view of any natural disaster like cyclone or flood, he added.

Apart from khas land, he said, the government has purchased 191.79 acres of land for rehabilitating homeless and landless people.

“Purchasing lands by government is a unique example in the world,” he said.

According to project details, Taka 134.49 crore has been allocated for purchasing lands.

A total of 8,462 landless and homeless families will be rehabilitated on the houses to be built on the purchased lands.

The government recovered 5,512.04 acres of khas land from illegal occupation across the country for constructing houses for the project on the occasion of Mujib Barsho. Approximate market price of the recovered khas land is Taka 2,967.09 crore.

Under the project, rehabilitated families are brought under VGF programs for 3 months.

According to the government policy, the benefits of freedom fighters, the elderly, widows and the disabled are considered with priority under the social benefits program.

Rehabilitated family members are provided with practical and technical training to engage in various productive and income-generating activities.

Micro-credit for their socio-economic development is disbursed from various government agencies (such as Bangladesh Rural Development Board, Cooperatives, Department of Women and Children, Department of Social Services).

Other social organizations and NGOs are also involved in these programs.
Free electricity connection is provided for the rehabilitated families and tube-wells are being installed for safe water at the project site.

Community centres, prayer houses and graveyards, ponds and roads for internal communication are also being facilitated.

Different types of fruits, forest and medicinal trees are being planted in the project area. Homeless people are also being encouraged to be involved in agricultural work.

The unique feature of the Ashrayan Project perceived by Prime Minister Sheikh Hasina is that there is a special connection of housing activities with the United Nations Sustainable Development Goals (SDGs).

Building houses alone can have major footprints in the attainment of various sustainable development goals.

Housing is related to positive changes in the areas of education, health, security, empowerment and women’s empowerment as well as inclusive development.