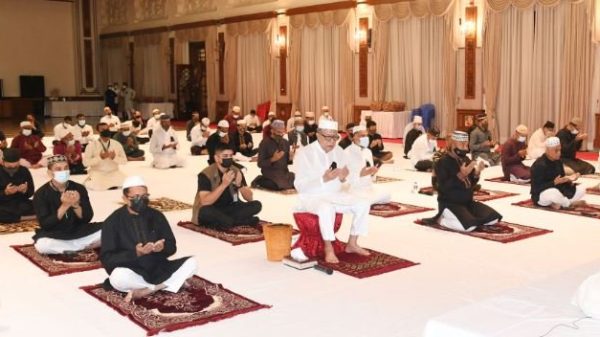 A special munajat was offered seeking eternal peace of the departed souls of Bangabandhu and other family members, who faced martyrdom on the fateful night of August 15 in 1975

Doa was offered seeking peace and prosperity of Bangladesh and the world as well as Muslim Ummah.

Family members of the President, secretaries concerned, civil and military officials and employees of the presidential palace also attended the milad mahfil and munajat.