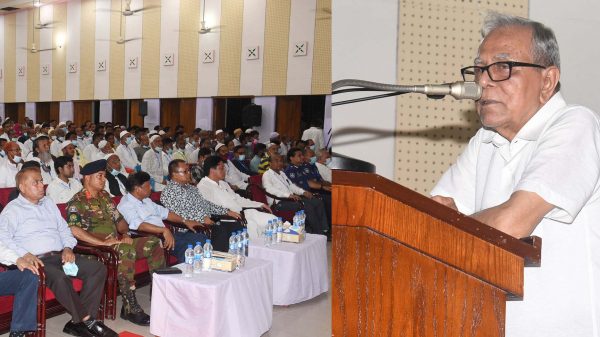 On his arrival in cantonment area under Mithamain upazila of the district, Engineer-in-Chief (E-n-C) Major General Md Jubayer Salehin along with other high military officers concerned welcomed the head of the state.

Later, a briefing session on the under-construction cantonment was held along with power-point presentation. 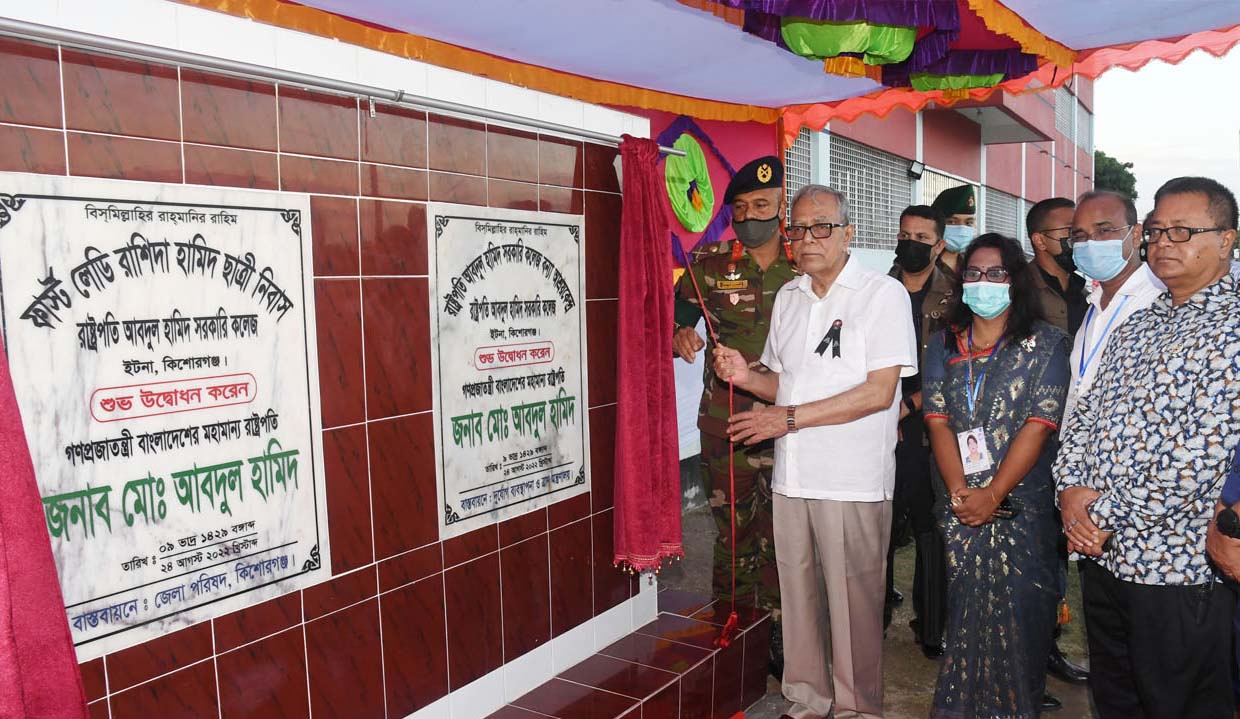 The President, also the Commander-in-Chief of the armed forces, was apprised of the overall progress of the construction by Brigadier General Zakaria.

Later, the President, on board a water vessel, visited the 275-acre under-construction cantonment area.

He also planted a sapling of baniyan tree in the cantonment area.

Earlier, the President inspected the work progress of “Rastropoti Abdul Hamid Foundation” in front of his ancestral residence.

The President arrived in Kishoreganj on August 22 on a four-day visit to see some ongoing development projects in his home district and exchange views with the local representatives, civil society members and professionals.

He is scheduled to return to Dhaka tomorrow afternoon.