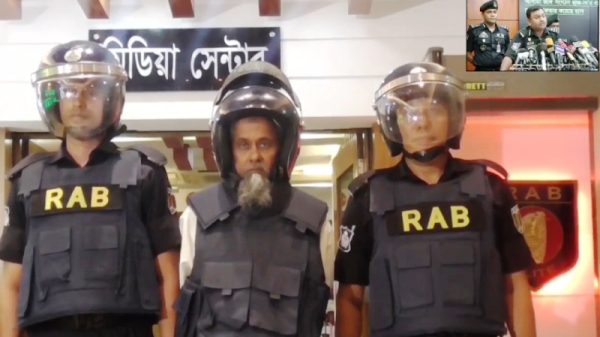 Rapid Action Battalion (RAB) on Saturday night arrested a fugitive death row convict in a case lodged over an attempt to murder Prime Minister Sheikh Hasina at Kotalipara, Gopalganj, in 2000.

A team of the elite force arrested Sheikh Mohammad Enamul Haque, 53, from the capital’s Uttara area.

“He is now in the custody of RAB,” the official said.

Details will be revealed at a press conference at the RAB Media Center at Karwan Bazar in the capital this afternoon.